Biden Backers ‘Not Seeing the Results' a Year Into His Term

Just over a year ago, millions of energized young people, women, voters of color and independents joined forces to send Joe Biden to the White House. But 12 months into his presidency, many describe a coalition in crisis.

Leading voices across Biden's diverse political base openly decry the slow pace of progress on key campaign promises. The frustration was especially pronounced this past week after Biden's push for voting rights legislation effectively stalled, intensifying concerns in his party that fundamental democratic principles are at risk and reinforcing a broader sense that the president is faltering at a moment of historic consequence.

“People are feeling like they’re getting less than they bargained for when they put Biden in office. There’s a lot of emotions, and none of them are good," said Quentin Wathum-Ocama, president of the Young Democrats of America. “I don’t know if the right word is ‘apoplectic’ or ‘demoralized.’ We’re down. We’re not seeing the results.”

The strength of Biden's support will determine whether Democrats maintain threadbare majorities in Congress beyond this year or whether they will cede lawmaking authority to a Republican Party largely controlled by former President Donald Trump. Already, Republicans in several state legislatures have taken advantage of Democratic divisions in Washington to enact far-reaching changes to state election laws, abortion rights and public health measures in line with Trump's wishes.

If Biden cannot unify his party and reinvigorate his political coalition, the GOP at the state and federal levels will almost certainly grow more emboldened, and the red wave that shaped a handful of state elections last year could fundamentally shift the balance of power across America in November's midterm elections.

For now, virtually none of the groups that fueled Biden's 2020 victory are happy.

Young people are frustrated that he hasn’t followed through on vows to combat climate change and student debt. Women are worried that his plans to expand family leave, child care and universal pre-K are stalled as abortion rights erode and schools struggle to stay open. Moderates in both parties who once cheered Biden’s centrist approach worry that he’s moved too far left. And voters of color, like those across Biden’s political base, are furious that he hasn’t done more to protect their voting rights. 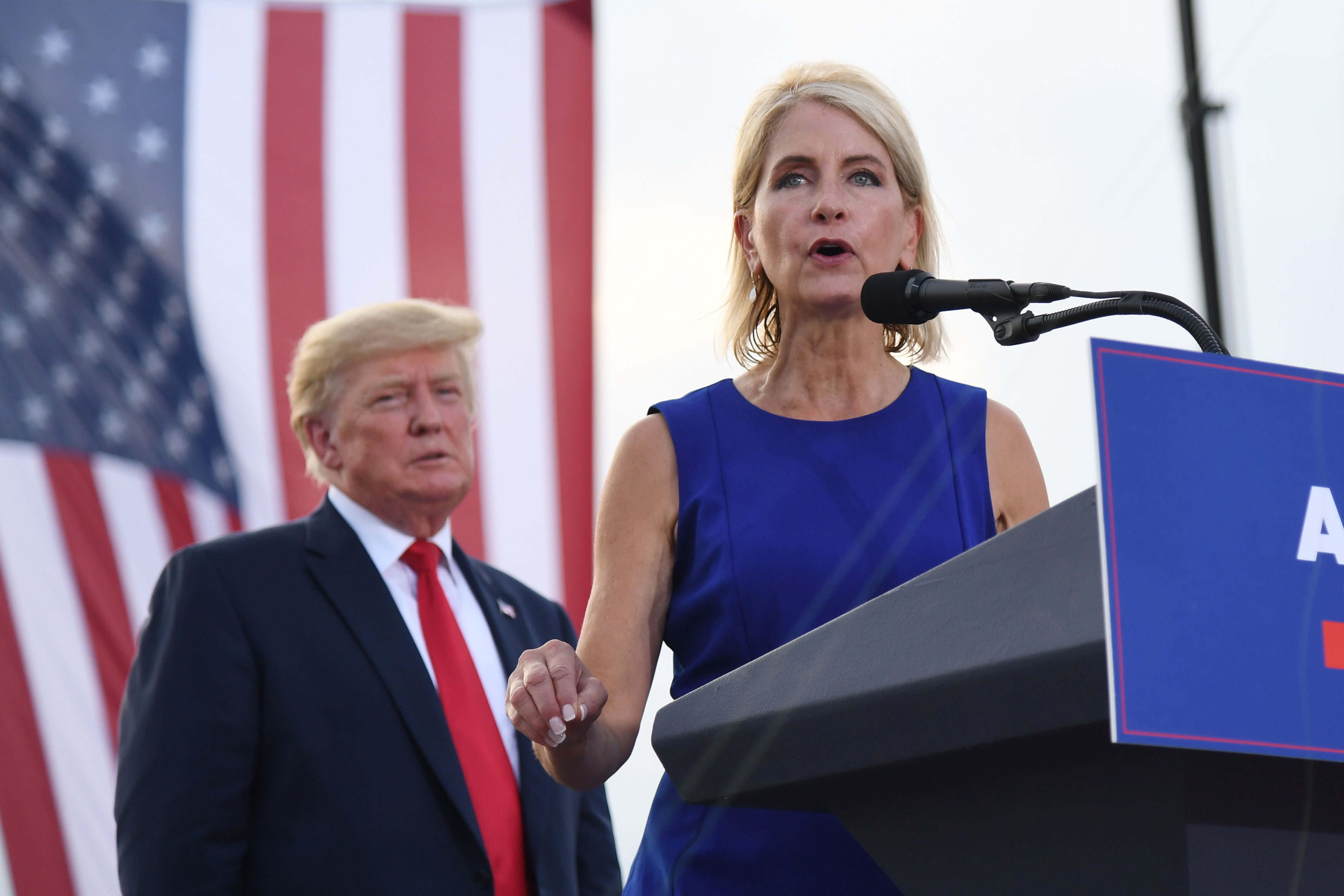 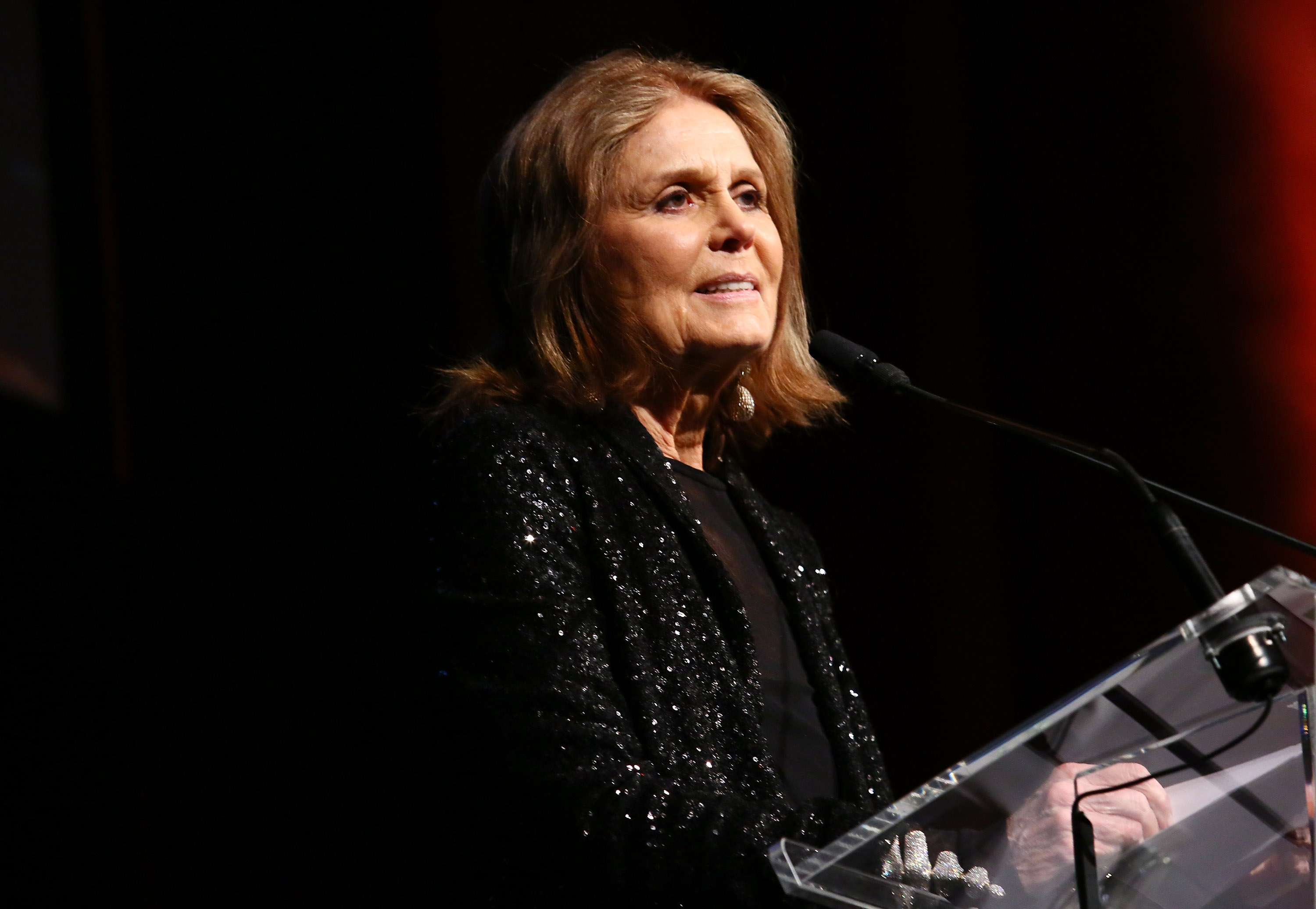 A ‘Sucker Punch': Some Women Fear Setback to Hard-Won Rights

“We mobilized to elect President Biden because he made promises to us,” Rep. Cori Bush, D-Mo., told The Associated Press, citing Biden’s pledge to address police violence, student loan debt, climate change and voter suppression, among other issues.

“We need transformative change — our very lives depend on it,” Bush said. “And because we haven’t seen those results yet, we’re frustrated — frustrated that despite everything we did to deliver a Democratic White House, Senate and House of Representatives, our needs and our lives are still not being treated as a top priority. That needs to change.”

Facing widespread frustration, the White House insists Biden is making significant progress, especially given the circumstances when he took office.

“President Biden entered office with enormous challenges — a once-in-a-generation pandemic, economic crisis and a hollowed-out federal government. In the first year alone, he has delivered progress on his promises," said Cedric Richmond, a senior adviser to the president. He pointed to more than 6 million new jobs, 200 million vaccinated Americans, the most diverse Cabinet in U.S. history and the most federal judges confirmed in a president's first year since Richard Nixon.

Richmond also highlighted historic legislative accomplishments Biden signed into law — specifically, a $1.9 trillion pandemic relief bill that sent $1,400 checks to most Americans and a subsequent $1 trillion infrastructure package that will fund public works projects across every state in the nation for several years.

In an interview, Vermont Sen. Bernie Sanders, a leading voice in the Democratic Party's left wing, described Biden's pandemic relief package as among the most significant pieces of legislation ever enacted to help working people.

The U.S. is dealing with the coronavirus pandemic, a worker shortage and soaring prices. NBCLX Political Editor Noah Pransky breaks down what's causing these complex issues, and what the Biden White House is able to do about them.

"But a lot more work needs to be done," he said.

Like other Biden allies, Sanders directed blame for the president's woes at two Senate Democrats: Joe Manchin of West Virginia and Kyrsten Sinema of Arizona. They are blocking the president's plan to protect voting rights by refusing to bypass the filibuster, having already derailed Biden's “Build Back Better” package, which calls for investments exceeding $2 trillion for child care, paid family leave, education and climate change, among other progressive priorities.

“It has been a mistake to have backroom conversations with Manchin and Sinema for the last four months, or five months," Sanders said. “Those conversations have gotten nowhere. But what they have done is demoralize tens of millions of Americans.”

But blaming fellow Democrats will do little to improve Biden's political standing.

According to Associated Press-NORC Center for Public Affairs Research polling released last month, the president's approval ratings have been falling among virtually every demographic as the pandemic continues to rage, inflation soars and the majority of his campaign promises go unfulfilled. A series of legal setbacks in recent days stand to make things worse. The Supreme Court on Thursday blocked Biden's vaccine and testing requirements for big businesses.

About 7 in 10 Black Americans said they approved of Biden in December, compared with roughly 9 in 10 in April. Among Hispanics, support dipped to roughly half from about 7 in 10.

Just half of women approved of Biden last month compared to roughly two-thirds in the spring.

There was a similar drop among younger voters: Roughly half of Americans under 45 approved of the president, down from roughly two-thirds earlier in the year. The decline was similar among those age 45 and older. And among independents, a group that swung decidedly for Biden in 2020, just 40% of those who don't lean toward a party approved of Biden in December, down from 63% in April.

“Biden is failing us," said John Paul Mejia, the 19-year-old spokesman for the Sunrise Movement, a national youth organization focused on climate change. “If Biden doesn’t use the time he has left with a Democratic majority in Congress to fight tooth and nail for the promises that he was elected on, he will go down in history as a could-have-been president and ultimately a coward who didn’t stand up for democracy and a habitable planet.”

Christian Nunes, president of the National Organization for Women, said she wants to see more urgency from Biden in protecting women’s priorities.

“In these times, we need somebody who’s going to be a fighter,” she said.

Nunes called on Biden to work harder to protect voting rights and access to abortion, which have been dramatically curtailed in several Republican-led states. A looming Supreme Court decision expected this summer could weaken, or wipe away, the landmark Roe v. Wade precedent that made abortion legal.

“We are in a really dire time right now. We’re seeing so many laws passed that are really challenging peoples’ constitutional rights,” Nunes said. “We need someone who’s going to say we’re not going to tolerate this.”

Charlie Sykes, an anti-Trump Republican who backed Biden in 2020, said the president is also in danger of losing moderate voters in both parties unless he can shift his party's rhetoric more to the middle when talking about public safety, crime and voting.

“He ran as very much a centrist, center-left candidate, but I think that a lot of moderate swing voters are feeling a little bit left out and wondering where the Joe Biden of 2020 went,” Sykes said.

Having only been in office for a year, Biden may have time to turn things around before the November midterms — especially as Trump reemerges as a more visible player in national politics. In recent years, nothing has unified Democrats more than Trump himself.

Mary Kay Henry, president of the two-million-member Service Employees International Union, said her members want more from Washington, but they would be out in full force this year to remind voters of the work Biden has already done to address concerns about the pandemic and economic security.

“President Biden is not the obstacle,” Henry said, pointing to the “intransigent Republican caucus in the Senate” who have unified against Biden's Build Back Better package and his plan to protect voting rights. “We’re going to have this president’s back.”

Not everyone is as willing to commit to the Democratic president.

“We need to see Joe Biden the fighter. That’s kind of where I’m at,” said Wathum-Ocama, the Young Democrats of America president. "The unifier is appropriate at times. But we need somebody who’s going to fight for our issues if we’re going to come out and turn out for him in ’22.”

"At least on paper, Biden has a lot of things that he should celebrate, if he could just convince America of that," says NBCLX Political Editor Noah Pransky. We talk about the President's agenda and wins on infrastructure and climate — plus some recent news that could explain a dip in approval rating.