Advocates Urge NY to Boost $2B Fund for Undocumented Workers

Contrary to expectations, nearly all 92,000 people approved for aid so far have qualified for the maximum $15,600 available under the program, the state’s website showed Thursday afternoon

New York might be on track to exhaust its $2.1 billion pandemic relief fund for undocumented workers, just weeks after it began accepting applications.

Advocacy groups for immigrant workers are calling on the state to add as much as $1.4 billion to the fund — the largest of its kind in the county — to meet unexpectedly strong demand.

Initially, the state had estimated that the fund could benefit as many as 300,000 people whose immigration status made them ineligible for federal stimulus checks, unemployment aid or other benefits.

But contrary to expectations, nearly all 92,000 people approved for aid so far have qualified for the maximum $15,600 available under the program, the state’s website showed Thursday afternoon. Roughly 223,500 claims have been submitted overall, with a rush coming in recent days. 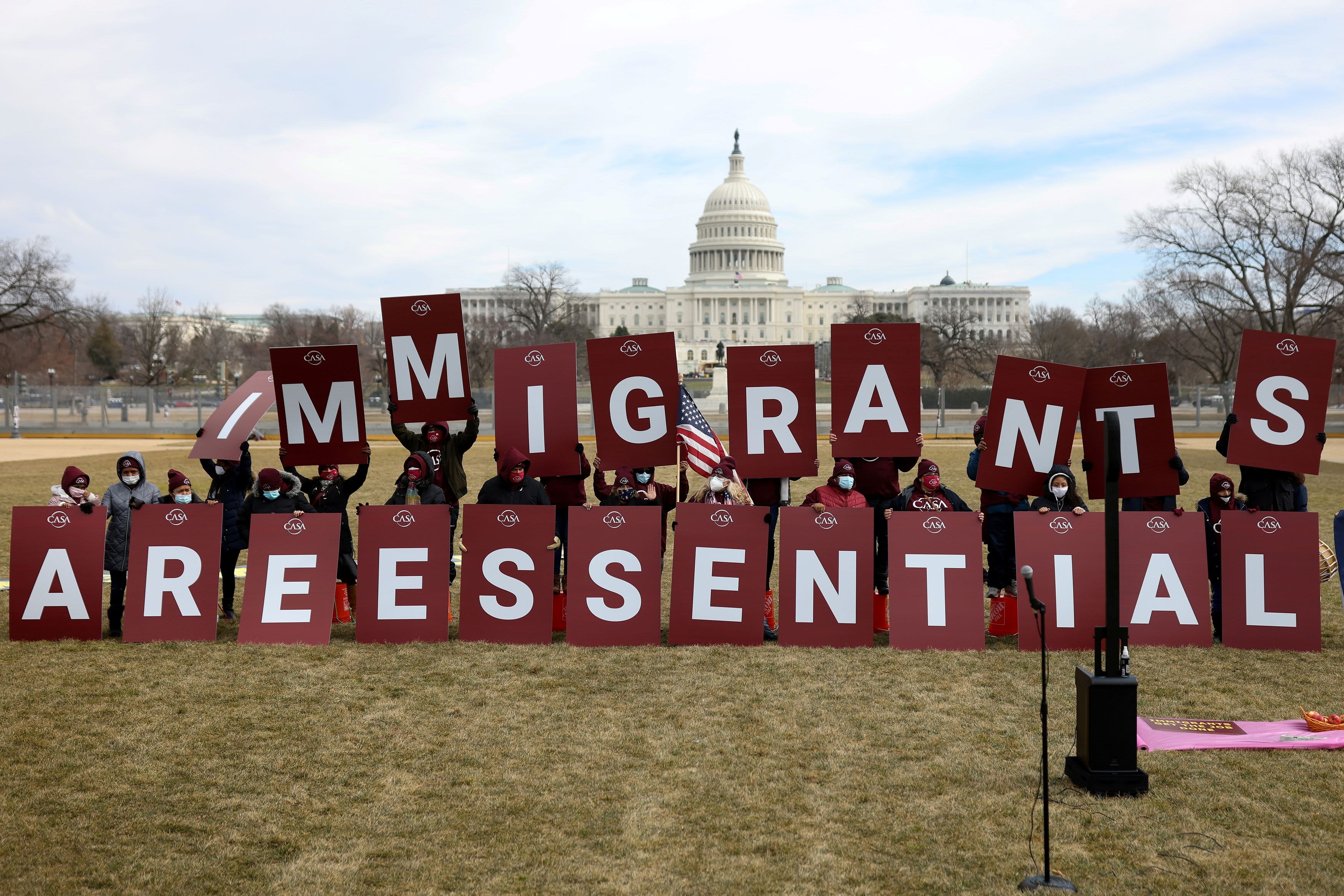 Natividad Aguilar, a 31-year-old mother of three daughters in Manhattan, is among those waiting for her application to be processed. She works a string of jobs, including cleaning homes, and said some in her community were skeptical or worried about the fund initially. But she said such concerns are dwindling as tens of thousands have received financial assistance in recent weeks.

“I'm so excited for the help and so grateful that New York is providing this help,” she said. “So, so many people need it.”

The Department of Labor told advocates Wednesday that it will alert potential applicants as soon as Friday that assistance won't be guaranteed even if they're eligible.

“They told us that applications that have been submitted can be considered safe, that there might be a waitlist and that applications would be prioritized by the date of initial submission," Fund Excluded Workers Coalition campaign coordinator Bianca Guerrero said.

Undocumented immigrants and DACA recipients are not eligible to vote in U.S. elections. But in Chicago, young immigrants like Esmeralda Montesinos and Giselle Rodriguez are joining citizens in efforts to ensure Latino immigrants who are now citizens show up at the polls.

The Department of Labor didn’t answer questions Thursday about whether the fund was likely to run out of money, or whether assistance might not be guaranteed if that happened.

It's unclear when or if the Democratic-led Legislature would consider a funding boost. Minority Republicans balked at Democrats' passage of the fund this spring.

Sen. Gustavo Rivera, a Democrat from the Bronx who chairs the Senate health committee, said he supports increased funding.

Eligibility documentation might include recent tax returns with a valid taxpayer identification number, pay stubs or employer letters. Immigrants who can only prove identity and residency can receive $3,200 in payments if they don’t have required work documents.

Even as the program has begun to run out of money, worker advocates have urged the state to loosen application rules.

Carina Kaufman-Gutierrez, deputy director at the Street Vendor Project at the Urban Justice Center, said it's tough for workers who aren't listed on an apartment lease or utility bill to prove residency.

Municipal ID programs in New York City and elsewhere allow roommates to write affidavits to help prove residency, she said. The state allows self-employed workers to write letters that attest to their income. Workers paid in cash can receive similar letters from employers.

But Kaufman-Gutierrez and other advocates interviewed by The Associated Press say the state needs to let applicants know that workers paid in cash, like babysitters or domestic workers, can also provide their own letters in scenarios where employers refuse to do so.

“There are still these very significant barriers for those who are still not able to apply,” she said. “These are the most vulnerable workers who need funds the most and deserve them.”

Advocates are also urging New York to make its helpline and follow-up notifications available in other languages besides English.

Department of Labor spokesperson Deanna Cohen said the state is working to expedite the application process.

Meanwhile, some lawyers and notaries are charging applicants hundreds of dollars to help workers fill out the application.

Advocates are reporting incidents to the attorney general and labor department.

Rosanna Aran, co-executive director of the Manhattan-based Laundry Workers Center, which represents over 2,100 workers, urged workers to ignore such “scams.”

The state has provided grants to over 75 community-based organizations to provide free application assistance.