Brooklyn Borough President Eric Adams holds a strong lead in the Democratic primary for mayor of New York City with just days to go, according to the WNBC/Telemundo 47/POLITICO/Marist Poll

Watch live on Wednesday, June 16 from 7 p.m. to 9 p.m. on NBCNewYork.com as the leading Democrat contenders hold their final pre-election debate.

That’s the result of an exclusive WNBC/Telemundo 47/POLITICO/Marist Poll released Monday, which shows Adams extending his lead over Garcia, attorney Maya Wiley and businessman Andrew Yang, with all other candidates far back in single digits. (The same poll also found that more voters want more cops in the street than not, though they are sharply divided as to how and where.)

Adams was quick to react, saying "I don't care what the polls say" and that he considers himself "the underdog" despite his lead.

The poll of 876 likely Democratic primary voters, conducted June 3 to June 9, is the most comprehensive look yet at how ranked choice voting will affect the election. (What is ranked choice voting? Click here to learn more.) The system, being used in a mayoral election for the first time this year, asks voters to rank their top five choices in order, then uses those preferences to gradually eliminate lower finishers until someone gets to 50 percent or better.

Running the full effects of that system through the poll results, it takes 12 rounds to get to a final two candidates, where Adams beats Garcia 56 percent – 44 percent. In the survey estimate, conducted with advocacy group FairVote, Adams leads every round in the process by a comfortable margin, and Garcia remains in second throughout.

The telephone poll has a margin of error of 3.8 percentage points. It was conducted after Maya Wiley picked up a round of significant endorsements like Reps. Hakeem Jeffries and Alexandria Ocasio-Cortez, but before controversy erupted over where Adams actually lives.

Among those who ranked at least a second choice, Adams was the predominant #2 pick of Yang, Stringer and McGuire voters. Garcia voters most often picked Wiley as their second choice, and vice versa.

But the poll doesn’t foreclose the possibility of a late shift either – 13 percent of respondents said they were still undecided for their first choice. Also, one in four voters in the poll only made one choice for mayor, shunning the ranked choice system, suggesting there may be the opportunity for more movement if some of those voters do decide to rank others.

By demographic group, Adams leads across most age, ethnic, political and religious affiliations, with a particularly strong dominance among Black voters (43 percent of whom went for him). Garcia leads among white, Jewish and liberal voters; Wiley leads among young voters and those who identify as very liberal.

By borough, Adams leads comfortably everywhere except Manhattan, where Garcia holds a commanding lead over Wiley and then Adams. Those without college degrees break strongly for Adams; those with college degrees are almost evenly split between Adams, Garcia and Wiley. 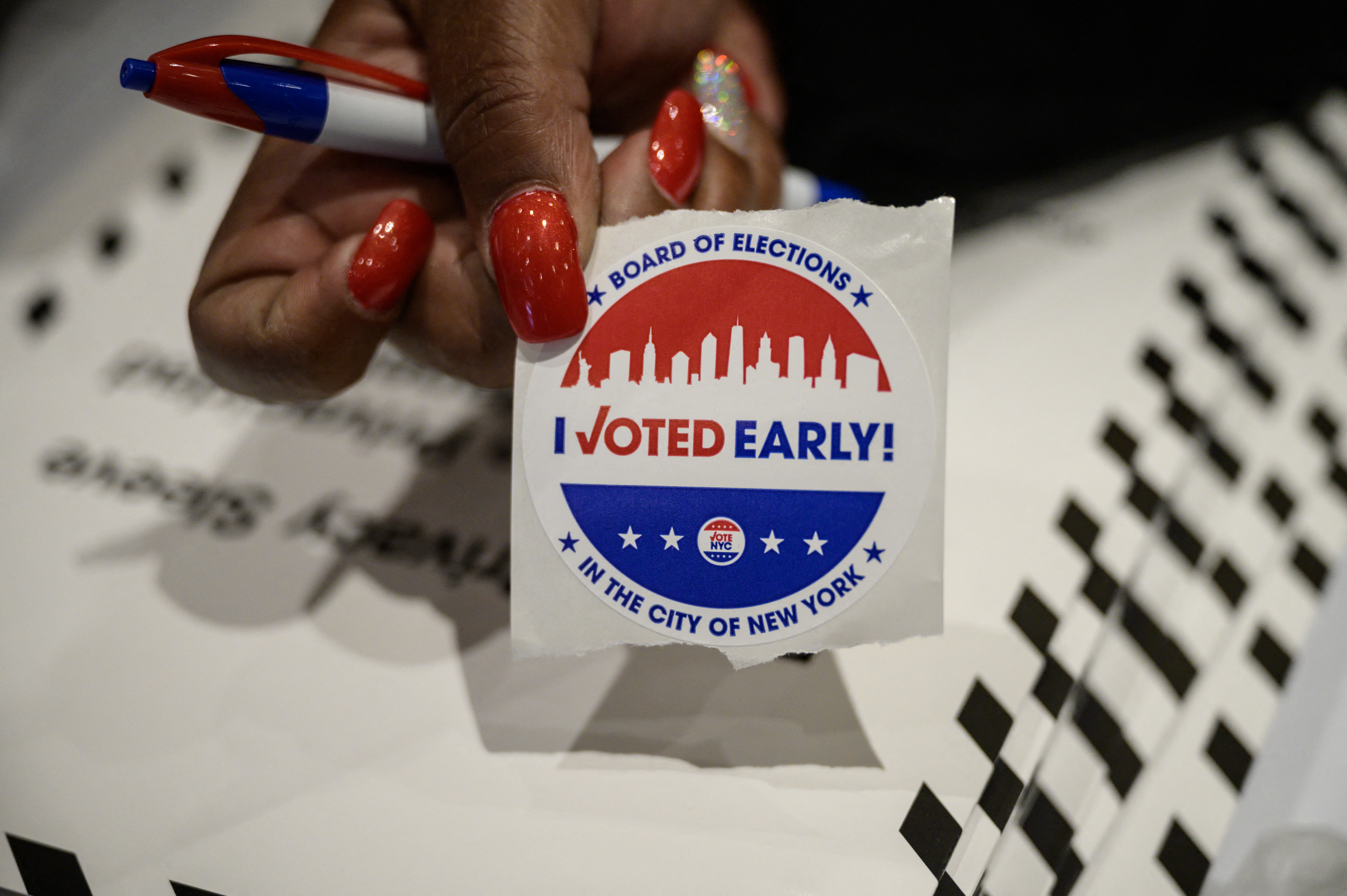 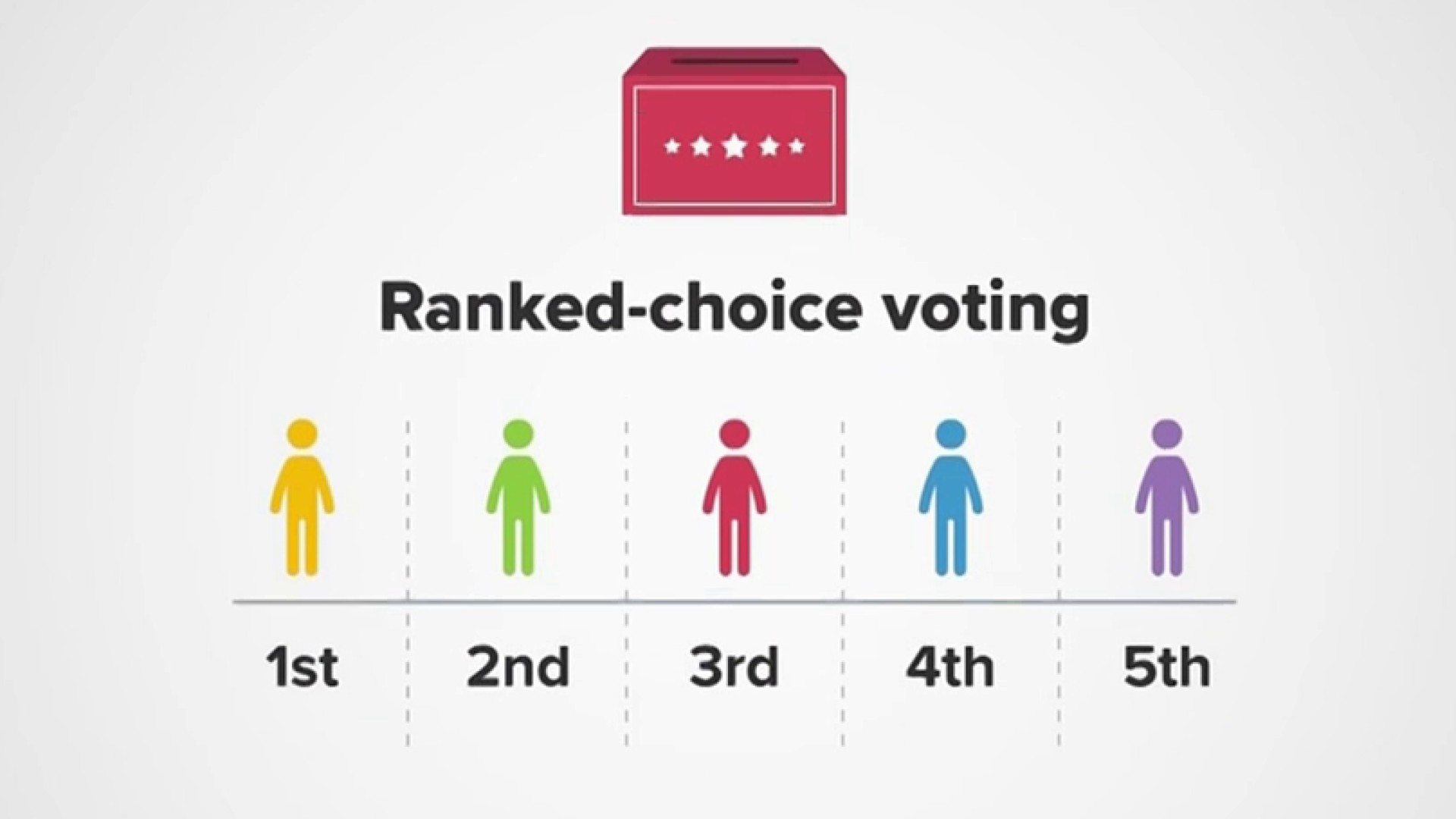 The poll results come on the third day of early voting, which saw less participation than the weekend days overall. On Monday, 11,000 ballots were cast, after the average from Saturday and Sunday was 16,000. So far, Manhattan and Brooklyn make up the majority of votes cast, with the two boroughs each seeing 13,000 ballots cast.