The anniversary unfolded under the pall of a pandemic and in the shadow of the U.S. withdrawal from Afghanistan, which is now ruled by the same Taliban militant group that gave safe haven to the 9/11 plotters

Millions of people solemnly marked the 20th anniversary of 9/11 on Saturday, remembering the dead, invoking the heroes and taking stock of the aftermath just weeks after the bloody end of the Afghanistan war that was launched in response to the terror attacks.

The ceremony at ground zero in New York began exactly two decades after the deadliest act of terrorism on U.S. soil started with the first of four hijacked planes crashing into one of the World Trade Center’s twin towers.

“It felt like an evil specter had descended on our world, but it was also a time when many people acted above and beyond the ordinary,” said Mike Low, whose daughter, Sara Low, was a flight attendant on that plane.

“As we carry these 20 years forward, I find sustenance in a continuing appreciation for all of those who rose to be more than ordinary people,” the father told a crowd that included President Joe Biden and former presidents Barack Obama and Bill Clinton. 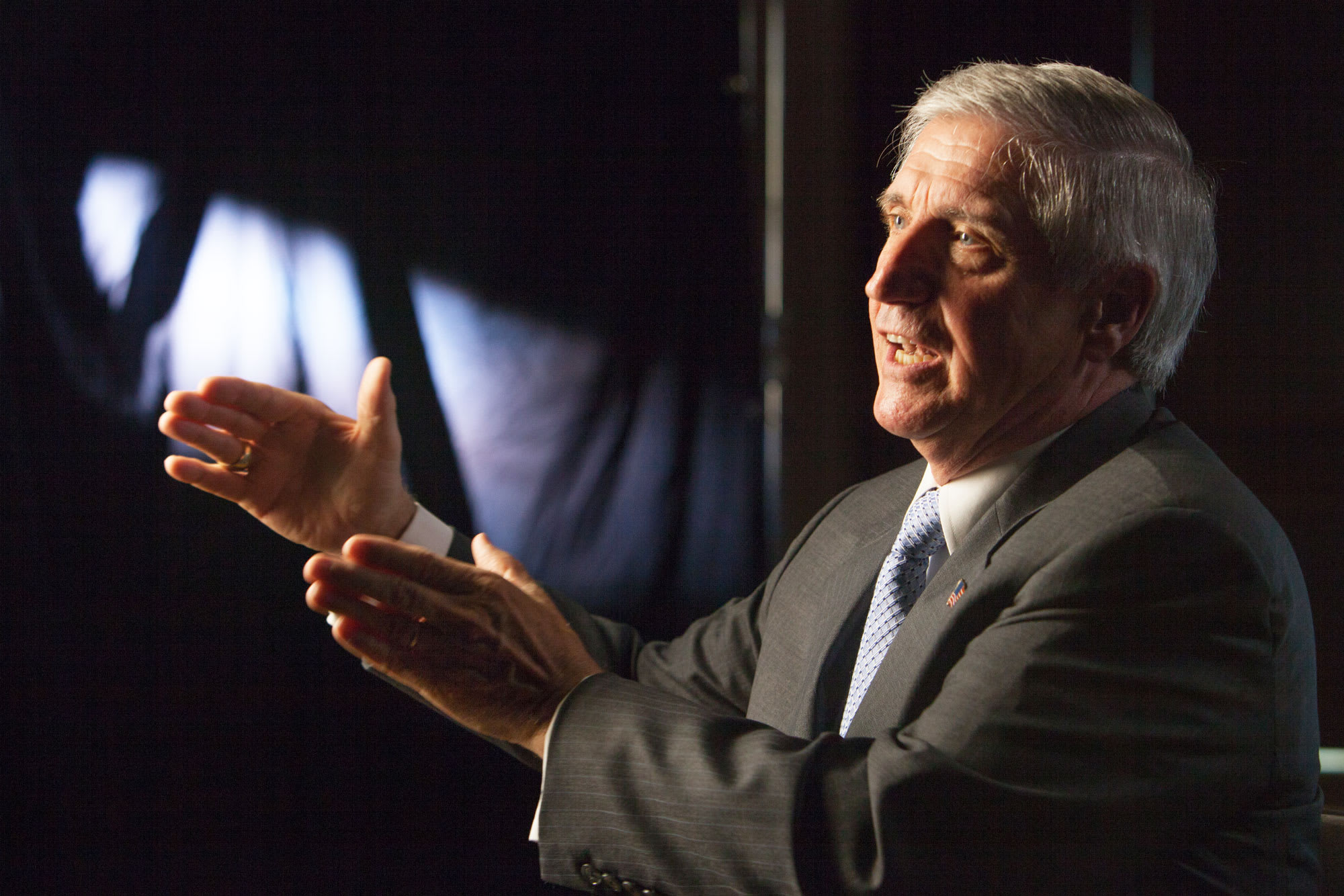 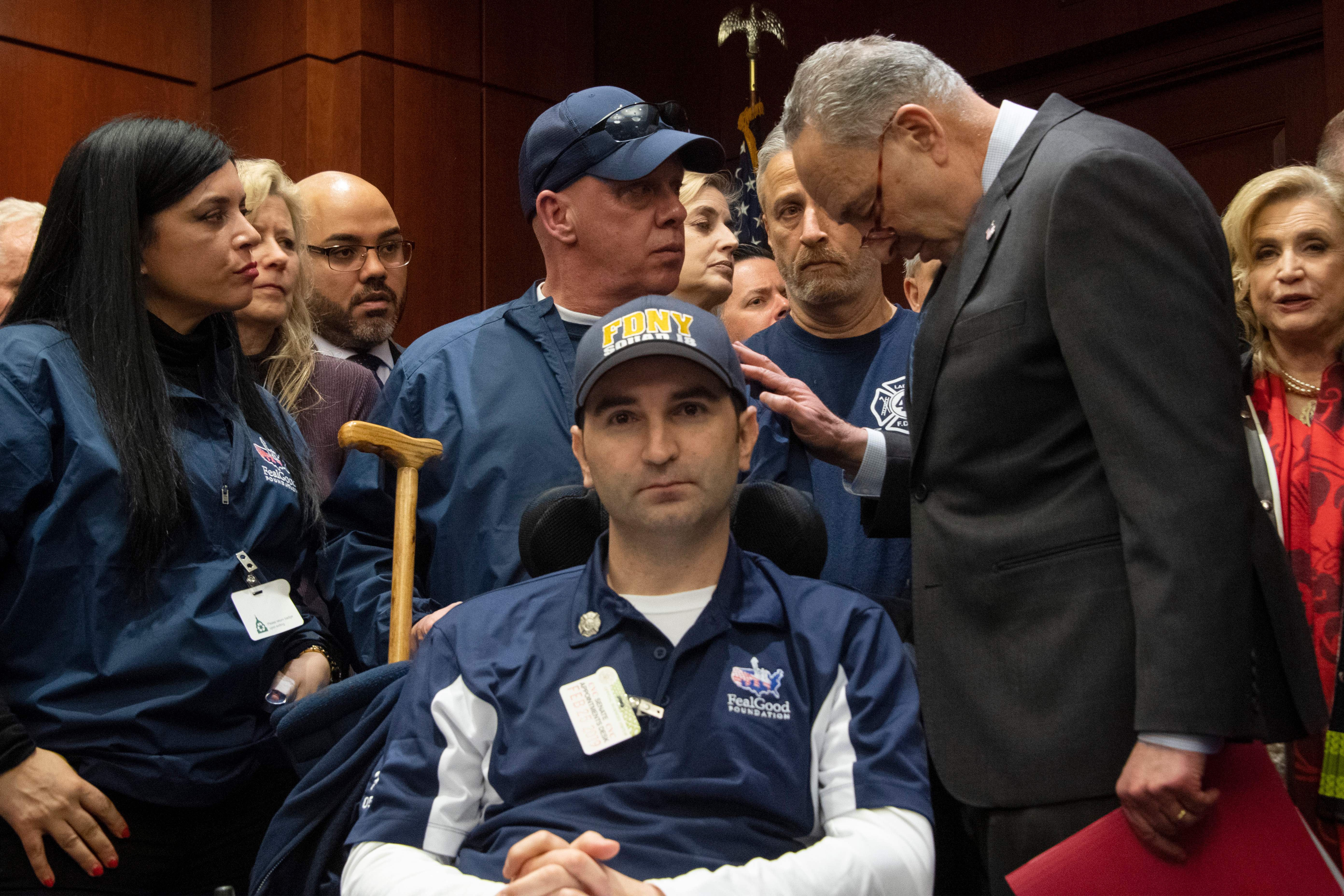 The anniversary unfolded under the pall of a pandemic and in the shadow of the U.S. withdrawal from Afghanistan, which is now ruled by the same Taliban militant group that gave safe haven to the 9/11 plotters.

“It’s hard because you hoped that this would just be a different time and a different world. But sometimes history starts to repeat itself and not in the best of ways,” Thea Trinidad, who lost her father in the attacks, said before reading victims’ names at the ceremony.

Bruce Springsteen and Broadway actors Kelli O’Hara and Chris Jackson sang at the commemoration, but by tradition, no politicians spoke there. In a video released Friday night, Biden addressed the continuing pain of loss but also spotlighted what he called the “central lesson” of Sept. 11: “that at our most vulnerable ... unity is our greatest strength.”

Biden was also paying respects at the two other sites where the 9/11 conspirators crashed the jets: the Pentagon and a field near Shanksville, Pennsylvania. Together, the attacks killed nearly 3,000 people.

At the Pennsylvania site — where passengers and crew fought to regain control of a plane believed to have been targeted at the U.S. Capitol or the White House — former President George W. Bush said Sept. 11 showed that Americans can come together despite their differences.

“So much of our politics has become a naked appeal to anger, fear and resentment,” said the president who was in office on 9/11. “On America’s day of trial and grief, I saw millions of people instinctively grab their neighbor’s hand and rally to the cause of one another. That is the America know.”

“It is the truest version of ourselves. It is what we have been and what we can be again.”

Calvin Wilson said a polarized country has “missed the message” of the heroism of the flight’s passengers and crew, which included his brother-in-law, LeRoy Homer.

Former President Donald Trump did not join other past presidents at the anniversary ceremonies but released a video in which he spoke of the sadness of 9/11 and attacked Biden over the pullout from Afghanistan. Trump planned to be in New York, in addition to providing commentary at a boxing match in Florida in the evening.

Other observances — from a wreath-laying in Portland, Maine, to a fire engine parade in Guam — were planned across a country now full of 9/11 plaques, statues and commemorative gardens.

The attacks ushered in a new era of fear, war, patriotism and, eventually, polarization.

On the 20th anniversary of the Sept. 11 terror attacks, News 4 journalists look back on their own experiences on that clear blue September morning in 2001.

A “war on terror” led to invasions of Iraq and Afghanistan, where the longest U.S. war ended last month with a hasty, massive airlift punctuated by a suicide bombing that killed 169 Afghans and 13 American service members and was attributed to a branch of the Islamic State extremist group. The U.S. is now concerned that al-Qaida, the terror network behind 9/11, may regroup in Afghanistan, where the Taliban flag once again flew over the presidential palace on Saturday.

Two decades after helping to triage and treat injured colleagues at the Pentagon on Sept. 11, retired Army Col. Malcolm Bruce Westcott is saddened and frustrated by the continued threat of terrorism.

“I always felt that my generation, my military cohort, would take care of it — we wouldn’t pass it on to anybody else,” said Westcott, of Greensboro, Georgia. “And we passed it on.”

At ground zero, multiple victims’ relatives thanked the troops who fought in Afghanistan, while Melissa Pullis said she was “just happy all the troops are out of Afghanistan.”

“We can’t lose any more military. We don’t even know why we’re fighting, and 20 years went down the drain,” said Pullis, who lost her husband, Edward, and whose son Edward Jr. is serving on the USS Ronald Reagan.

In the moments after the planes struck the World Trade Center towers, virtually every mode of transportation in and out of NYC shut down, except for the waterways. Boat captains raced in to help, ferrying half a million people off the island in one of the largest water evacuations in modern history. NBC New York's Brian Thompson reports.

At this point, many of the relatives reciting victims’ names are too young to have known their lost kin. But the families spoke of lives cut short, milestones missed and a loss that still feels immediate. Several also pleaded for a return of the solidarity that surged for a time after Sept. 11 but soon gave way.

Muslim Americans endured suspicion, surveillance and hate crimes. Schisms and resentments grew over the balance between tolerance and vigilance, the meaning of patriotism, the proper way to honor the dead and the scope of a promise to “never forget.”

Trinidad was 10 when she overheard her dad, Michael, saying goodbye to her mother by phone from the burning trade center. She remembers the pain but also the fellowship of the days that followed, when all of New York “felt like it was family.”

“Now, when I feel like the world is so divided, I just wish that we can go back to that,” said Trinidad, of Orlando, Florida. “I feel like it would have been such a different world if we had just been able to hang on to that feeling.”