The International House of Pancakes, commonly referred to as IHOP, created a social media frenzy last week, when it announced intentions to change its name to “IHOb.” But customers had to wait until Monday to find out what the “b” represented.

In a news release, the company said the “b” stands for “burgers,” and the name change is part of a rebranding campaign to promote the restaurant’s new line of Ultimate Steakburgers. The restaurant changed its Twitter handle to “@IHOb” and opened an IHOb restaurant in Hollywood, California. It also debuted a new commercial.

However, while the new hamburgers will remain on the menu, the “IHOb” campaign will end later this summer, a restaurant spokeswoman said in an email to NBC.

Dems Say Oust Trump or He’ll Betray Again; ‘He Is Who He Is’ 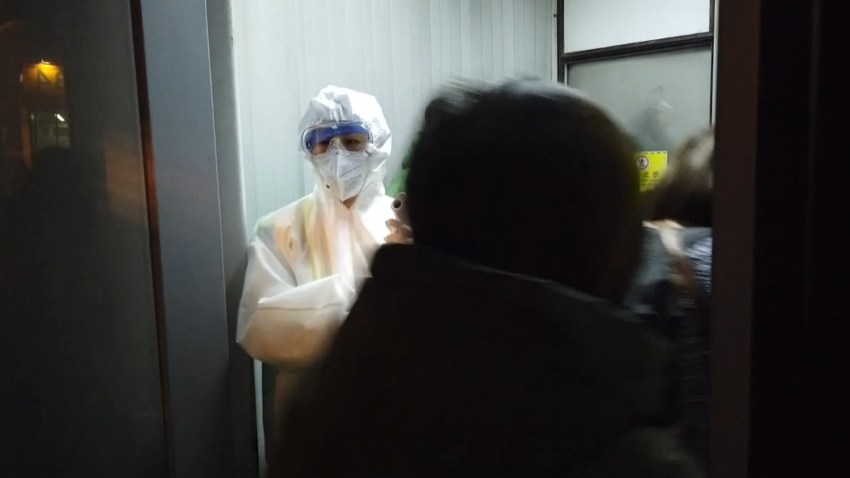 “This tongue-in-cheek name change is specifically tied to the campaign launch and is meant to show that we’re just as serious about our burgers as we are about our pancakes,” the spokeswoman said. “But, we’ll always be IHOP, and we’ll always have pancakes … now people can just get pancakes with their burger.”

Several national burger joints responded to the name change on Twitter, with White Castle remarking it plans to change its name to Pancake Castle. Whataburger wrote that it would never change its name to Whatapancake, and Red Robin joked it’s “as serious about pancakes as @IHOb is about burgers.”

Wendy’s said it’s “not really afraid of the burgers from a place that decided pancakes were too hard,” and Moon Pie revealed its intention to keep its name. Burger King changed its Twitter name to Pancake King.

Carly Fink, the Principal Head of Strategy and Research for marketing firm Provoke Insights, characterized the decision as risky. Restaurant Consultant Aaron Allen said the change is one that will “go down in the international house of branding blunders.”

Still, the company is excited about the newest menu additions.

“Everyone knows that IHOP makes world-famous pancakes so we felt like the best way to convince them that we are as serious about our new line of Ultimate Steakburgers as we are about our pancakes, was to change our name to IHOb,” said Brad Haley, chief marketing officer for IHOb restaurants, in a news release.