On Jerusalem, Trump Delivers for Supporters at Home

President Donald Trump's move to recognize the divided city of Jerusalem as Israel's capital may have triggered a worldwide chorus of critics but the president had his ears closely tuned to his supporters at home.

For Trump, the proclamation was an important way to make good on a pledge to his political base, which includes evangelical Christians and pro-Israel Republicans eager for such a move.

"While previous presidents have made this a major campaign promise, they failed to deliver," the president declared Wednesday in announcing his decision. "Today, I am delivering."

Those were words to savor for a president who's been frustrated to see a number of key campaign pledges stalled or slowed — sometimes by a bitterly divided Congress, some by larger national or international concerns. 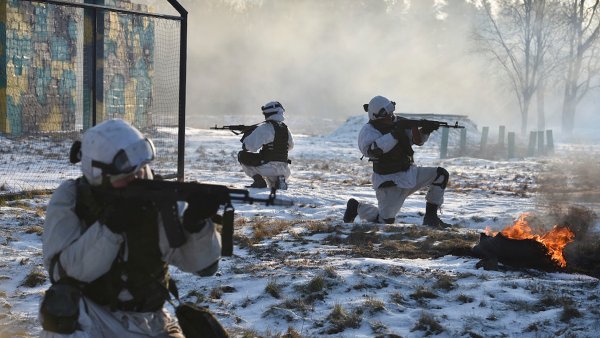 Russia Threatens Retaliation If Ukraine Demands Not Met by US, NATO 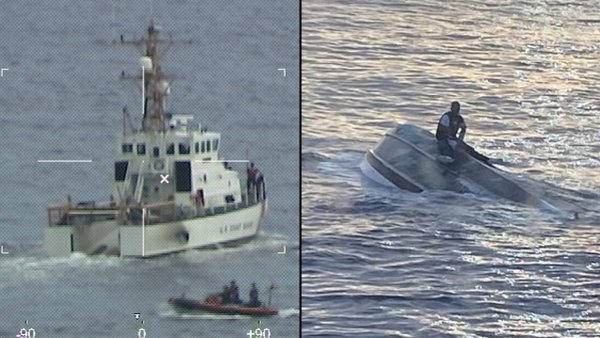 Repealing the Obama era health care law is a promise unfulfilled, much to Trump's frustration. Withdrawing from the North American Free Trade Agreement remains in his TBD column. And Congress has yet to approve money Trump has requested for his promised border wall.

The president counts the successful confirmation of Supreme Court Justice Neil Gorsuch as a key victory. And he has acted on certain other campaign pledges with some caveats: He refused to recertify the Iran nuclear deal, but left the matter of new sanctions to Congress. He pulled the U.S. out of the Paris climate change agreement but left open the possibility of rejoining it later. And he ordered an end to a program protecting young immigrants brought illegally to the U.S. as kids, but gave Congress six months to find a way to protect them from deportation.

On Jerusalem, Trump had pledged during the 2016 campaign to recognize Israel's claim to the city and to move the American embassy there from Tel Aviv. He's now checked that box — although he offered no timeline for the embassy relocation and signed a waiver officially delaying any move for six months.

Steve Bannon, the president's former chief strategist, repeatedly counseled the president to take the step as a means of holding to his campaign promise and energizing evangelical voters.

Observers were divided on how to score the president's action.

"If I were keeping score, I would rate this as fulfilling a campaign promise," said Bill Galston, a former Clinton administration official now at the Brookings Institution. "Any move is significant and the world is right to regard it as a serious step."

But Douglas Brinkley, a presidential historian at Rice University, saw Trump's words about the embassy as "just a grandiose statement on Jerusalem without a line in the sand."

A host of world leaders had urged Trump in advance to reconsider his decision, warning that the action could have serious and immediate consequences in the tinder box of the Middle East.

But after Trump announced his plans from a White House room laden with Christmas decorations, his backers gleefully heralded the move.

An email from Trump's campaign operation trumpeted: "Jerusalem: Another Promise Made and Promise Kept." And conservative faith leader Ralph Reed, chairman of the Faith and Freedom Coalition, said in a statement that Trump "continues to deliver on his promise to the American people to strengthen the solidarity between the United States and the people of Israel."

Critics warned the consequences could be dire, arguing that the move could inflame tensions in the volatile region and complicate Mideast peace efforts.

"My hope is it doesn't change much, and we have a couple days of protest," said Ilan Goldenberg, director of the Middle East Security Program at the Center for a New American Security.

Aaron David Miller, a Middle East expert at the Wilson Center who has advised Republican and Democratic presidents, called the announcement a "triumph of domestic politics and personal ego" over "sound foreign policy."

The president hasn't hesitated to assess his first year in office as a banner success, pointing to promises kept, such as the installation of Gorsuch on the Supreme Court.

During a recent speech in Missouri, Trump said: "I will tell you this in a non-braggadocios way. There has never been a 10-month president that has accomplished what we have accomplished."

"What he does is he wants to give the perception of campaign promises filled," said Brinkley. "It's making people feel there's activity and boldness going on. But what it is is rhetorical boldness."