Every wedding is a coin toss—you’ve got a measly 50% chance of coming out a winner, and yet every year more than 2 million couples give it a shot. Two films showing at this year’s Tribeca Film Festival, “Five-Year Engagement” and “Take This Waltz,” look at marriage from two different sides of that special day, the results of the unions appearing to be about on par with the rest of us.

“Five-Year Engagement” stars Jason Segel (who co-wrote the film with director Nicholas Stoller) as Tom, an up-and-coming chef, who’s in love with Violet, a professional student eager to get on the tenure track. Where most romcoms focus on the struggle to find that special someone, “Five-Year” dispenses with the chase, opting instead for that gray area between proposal and wedding, a time that Hollywood typically takes for granted.

Segel and Stoller have enjoyed a fruitful collaboration that goes back to the 2001 Fox sitcom “Undeclared,” as well as the more recent “Forgetting Sarah Marshall,” which proved to be a breakout film for both of them, and last year’s “The Muppets” (the less said about “Gulliver’s Travels” the better). What they do better than just about anyone is craft romances that appeal to both men and women. Their films are funny without being (overtly) crass, and sweet without being cloying—it’s a tough balance to strike.

As the title suggests, it’s not all rainbows and roses for Tom and Violet, as they plow headlong into one obstacle after another: parents, career, planning, shootings… the usual stuff. Erica Hershey Jaffee is a marriage and family therapist based in New York and Los Angeles. She concedes that their problems are perhaps a bit extreme, but not unheard of.

“Sometimes it’s fear, sometimes it’s ultimatum and sometimes it’s just a timing issue,” explains Jaffee. “I do have a couple in my practice right now, they were engaged for about a year or so and they were so caught up in the wedding planning, especially the female—which I think is the tendency, more often than not—and the dress and the food and really forgot to focus on the relationship. And the groom flipped out six months prior to the wedding. They broke up, he acted out, did all kids of crazy things.”

When Violet is forced to settle for the University of Michigan (no offense, Wolverines), suddenly the wedding and Tom’s career are put on the back burner. Soon Tom regresses from productive member of society to bushy-bearded hipster to Cro-Magnon, with grooming and laundry foregone in favor of bow hunting and drinking mead out of deer hoofs. It’s a transformation to which Segel is particularly well suited, with his tall, lived-in build and total lack of shame or vanity.

Like countless others before them, Tom and Violet suffer from a serious case of over thinking their wedding, driving themselves nuts in the quest for that most elusive prey: the perfect wedding. Kristin Koch, an editor at The Knot, the most popular wedding planning site, says the overwhelming number of options is a common stumbling block.

“There are so many more choices now, with a lot more venues and vendors. You spend hours and hours and hours looking. It’s not like you meet with just three photographers,” says Koch. “And there's a lot more kinds of vendors: lighting designers, make-up artists, specialty entertainers… These kinds of things weren't always an option.”

The end of Tom and Violet's five-year engagement is in sharp contrast to “Take This Waltz,” written and directed by Sarah Polley. The film stars Michelle Williams and Seth Rogen as Margot and Lou, a young married couple living the dream: she’s a travel writer, he’s testing chicken recipes for his first cookbook. They talk in cutesy voices, are surrounded by family and friends, and seem to be genuinely happy.

But what follows is a remarkably powerful but understated look at the dissolution of a marriage, one in which Williams, as she did in “Blue Valentine,” unapologetically portrays the bad guy. In “Waltz,” she is marginally more sympathetic than she was in "Blue Valentine," but less justified in her actions.

Williams was great in “My Week With Marilyn,” but playing such an icon doesn’t really let you stretch yourself—there’s a certain preconceived way that you’re expected to play the part--it's more mimicry than anything. Not so with Margot, a woman Williams cuts from whole cloth. Margot is a mess. She has a life most people would envy, but is so wrapped up herself and the midlife crisis she’s experiencing 15 years too early, to realize it.

And yet Williams makes her understandable, if not sympathetic. There are slight, visible chinks in her marriage, and Lou’s constant cooking positions him with his back to her, leaving her feeling shut out, a clever choice by Polley. When Margot expresses her frustration that all he does is cook chicken, there’s both laughter and heartbreak when he exclaims, “Yeah!”

The film opens innocently enough with Margot on a business trip where she encounters a guy named Daniel (Luke Kirby), who immediately launches an sardonic charm offensive. It’s the kind of encounter that married people have frequently enough—sans spouse, you meet someone by chance, there’s some flirtation and then everybody goes to their respective corners of the globe—no harm no foul. Everybody does it, even Jimmy Carter.

But the electricity between Daniel and Margot becomes decidedly more charged when they realize they live nearby each other. Suddenly, casual flirtation is not so causal, as the two begin to inch closer and closer to each other.

Over martinis one afternoon, Margot sheepishly tells Daniel, “I want to know what you’d do to me.” As the color rises in her cheeks, he opens with, “Wow,” before going on a long, slow survey of his intentions. It’s a scene that could be excruciating in less talented hands, but Kirby’s delivery is sincere and sexy without being embarrassing, while Williams quietly writhes and bites her lip.

Jaffe says her years as a therapist have shown that the third party intruding on a marriage is a symptom, rather than the problem, a manifestation of one spouse not getting what they want. Unfulfilled people, according to Jaffee, often think, “I’m going to go towards this other person who is able to provide either the communication for me or the physicality that I’ve been looking for that you’re refusing to give to me.”

In a film rife with tragedies, the most trenchant is the most common. After all that Margot puts herself and those around her through in the pursuit of what she thinks will make her happy, in many ways she finds herself exactly where she started.

Nicole Baras Freuer this year launched Start Over Smart, America’s first divorce expo, much to the dismay of married people everywhere. Her event brought together everything you might need to end your marriage, from counselors to lawyers and therapists beyond. Divorced herself and having helped shepherd several people though theirs, she says Margot’s fate is typical.

“They think they have fixed whatever problem it was by finding someone else and just getting out of the marriage. But if they think back, there’s some remorse that they didn’t try to repair the marriage, there’s a lot of guilt involved in leaving that way,” says Freuer.

As Jaffee says, "It’s that old saying, wherever you go, there you are."

But no matter how committed you are, whether you follow the path of "Five-Year Engagement" or "Take Thia Waltz," you're marriage will end, as the great Louis CK once realized.

“You'll meet the perfect person, who you love infinitely, and you even argue well, and you grow together, and you have children, and then you get old together, and then she's going to die. That's the best-case scenario.” 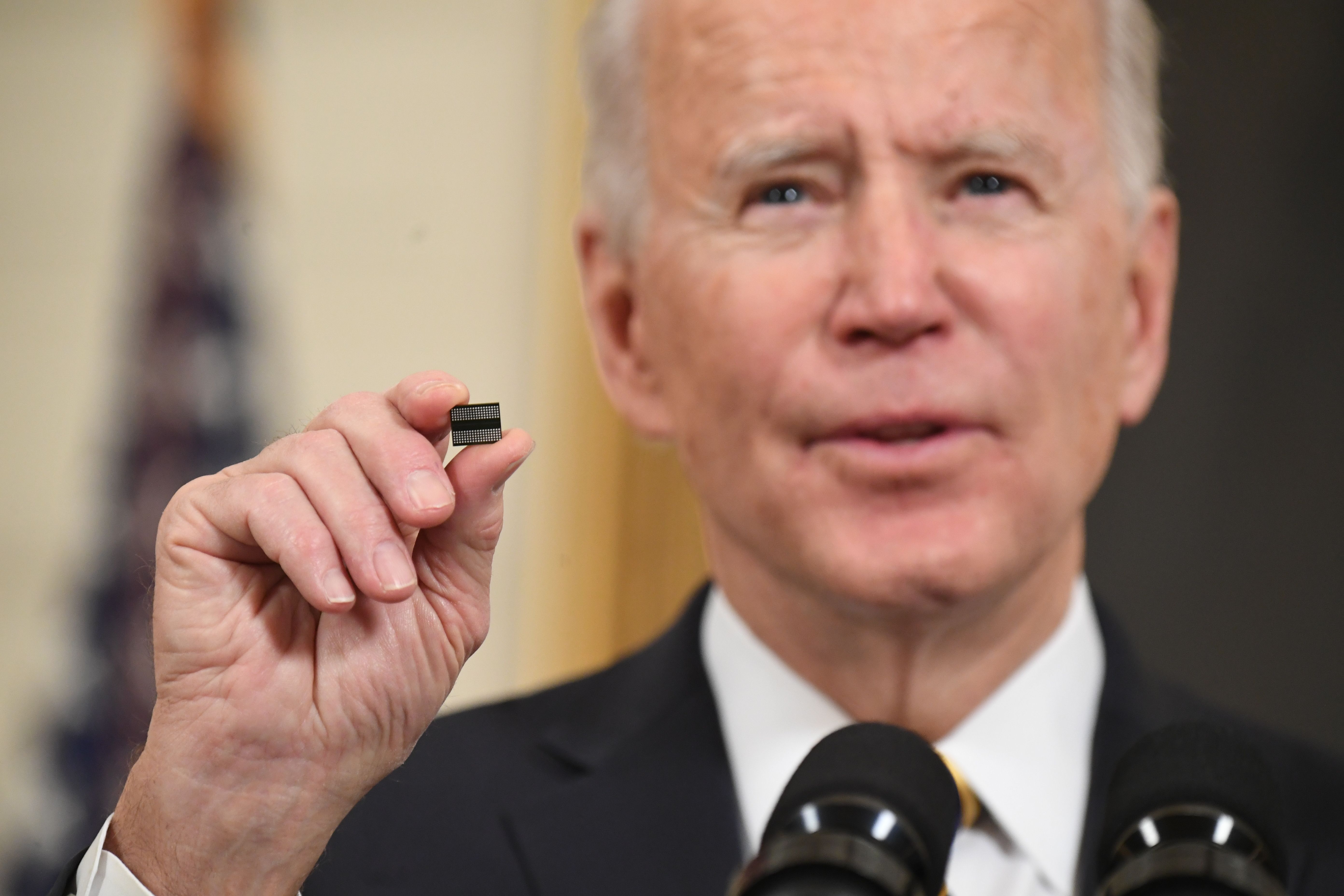