"The Comeback's" season-two finale aired Sunday night on HBO and there was barely a dry eye to be found among viewers.

Who knew that a show that started off as such silly good, ridiculous fun would put our hearts through such an emotional wringer with the final two episodes? 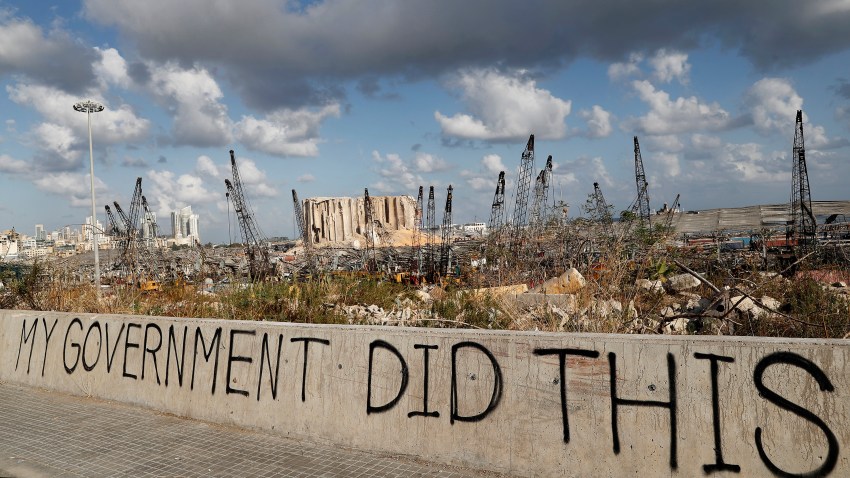 Of course, the biggest shocker of all tonight -- SPOILERS AHEAD! PLEASE DO NOT READ IF YOU HAVE NOT WATCHED! -- was the stunning choice to have Valerie leave the cameras behind, and the Emmys, as she rushed to her dear friend Mickey's side in the hospital.

It was a lot to process for any "Comeback" fan, but one thing is perfectly clear: Lisa Kudrow deserves to be nominated for an Emmy, just like her alter ego, for the final moments of this episode, and her incredible portrayal of the real Val.

E! News chatted with Kudrow about the stunning ending to season two, what she physically went through while filming it, how Hollywood treats women, Kellan Lutz's hilarious return and so much more. Read on...

Lisa, I hope you feel very proud. The finale was amazing and I had such an emotional reaction to it. I cried off all my makeup when I watched it.

Aww, thank you. Me too! I know! And I shot it! The very end, once that music starts. I thought I'm never going to stop crying, I don't know what I'm ever going to do. It was a release.

We got to see the real Valerie Cherish. I don't think anyone's expecting that. What went into the decision to break the fourth wall?

When that came up, that she leaves the cameras behind, I got a little nervous, like, 'OOOH. Yeah, okay, oh my God. What are we saying?' I was just, 'How's that going to look and how's it going to go?' And Michael [Patrick King] said 'It will look beautiful.' And then we really didn't discuss it but I think everyone understood that, yes, because your reality is going to be more beautiful than your reality-show version of your reality. So why doesn't everyone just live their own reality? So I loved that aspect of it. Your own personal reality is better than any reality show. I really liked that.

For two seasons now, I feel like so much of the message of Valerie Cherish is to stop worrying so much about what other people think about you. I absolutely adored that the finale was her realizing what really matters, and that nothing matters as much as her loved ones.

Yeah, because the simple fact is that when you do love someone, you want to be with them. And when there's a crisis, you can't think about anything else, and it's hard to be wherever you are if you're not with them. And that's what she experienced. I don't know if she was conscious of it but she just knew, 'I can't go in there because I have to see him, I have to make sure he's OK.' Maybe in her mind it was, 'I'll come back if he's OK but how can he be OK?' Because she's been trying to cover her terror. Mickey's not well.

READ: The unplanned "Comeback" moment that had producers "rolling laughing"

Shooting the finale, you basically played a role you've never played before. What was it like playing the real Valerie? And not reality-star Val?

She's not a completely different person, and that was so important. You're not going to see this other person all of a sudden. As for shooting it, that final scene in the hospital...Um, something weird happened. That was our last night. I felt ill. And I don't usually somatize things...I think I did. And I got physically sick. And so I had to get out of there.

You were able to get through one take, obviously?

Yes, but without the luxury of, can we just do a few more takes. And it was OK, just another take of this. I was really saying, I'm sick. What did we eat? Maybe it's that? And Michael was very beautifully understanding. And you know he's like, 'We'll get through it, we'll get you out of it. I think also on one level your body is just done. It's been a lot and you're just done.' I said 'no that's not me, I'm not like that. I don't think that's it.'

How to Bring a Canceled Show Back from the Dead

It's such a perfect ending. And I hate saying that because I want more. I want a season three! But how do you feel about all that? Do you consider this a series finale, do you want to do more?

I would love to see Jane's documentary. "The Assassination of Valerie Cherish."

(Laughs) Oh god, that title. When we would talk about doing a movie, sometimes Michael would say, 'What if we did a movie? And he would say, 'Oh, let's call it The Assassination of Valerie Cherish.' And I would say 'OH GOD! Maybe Paulie shoots her but she doesn't die.'

I loved the moment where Paulie wandered toward the stage to accept the Emmy and then thought better of it.

Yes because Sean [Hayes] was already accepting it and in that moment, Paulie became Valerie. And by the way, not that he ever wasn't. Maybe that's why he always hated her, because he saw himself in her, wanting, just as much as she did but unable to admit it.

The Juna and Valerie moment at the party, where Juna confronts Val for hurting her, and that hug...It was a huge moment. I really thought Val was going to lose it and finally let go and realize what a horrible thing she did.

She can't handle it. She would never recover if she had to fully take in everything that's going on. She can't. She has things to get through, and she just had this big fight with Mark and she's sort of focusing on that. That was too much for her and she was just thinking, 'I can't, I can't look at all this. I know you're upset about that but I can't look at it.'

There are some subtle and not so subtle messages throughout this season about how Hollywood treats women, and how they are treated as either whores or furniture. Do you think all that has gotten better?

In TV, definitely. There have always been roles for women in TV. And women who are the leads of shows. Always. In TV.

To me it was really that Paulie personally had some issues with women.

Yes. I never see it as an industry conspiracy. Recently I was hearing that Jennifer Lawrence was paid the least of any of the men [in 'American Hustle']. Does that mean Amy Adams, too? Well, oh, that's weird? Why does that happen? Those women are not the draw? People are coming to see Bradley Cooper and Christian Bale? I mean, if that's a fact then that's a fact, but is that a fact? I guess is my question.

Final note. Because how can we NOT talk about this. Those scenes with Kellan Lutz were amazing. Hilarious. And so unpexpected.

It was so uncomfortable to watch, right?! And how do you not like her for saying, 'Well, I'm married'? 'I hope everyone can see that you're flirting with me, cause that's great, but actually sleeping with you, I have a husband'...In that first season, we do have a moment in the first episode where she's going in to see Paulie G and Tom and he follows her around like, 'DAMN, how old do you think she is?' And it was like, 'What? What's that? What?' I think Michael was carrying that through. And then Kellan, god bless you...It's crazy because he was like 20 when we first shot and he has grown so much. And oh god, he's so good looking, it's sort of arresting. When you see him in person it's sort of like, 'WHOA WHAT? Who's that walking toward me with a smile and making eye contact?! For me? What? For me? Oh my god.'

The Best and Worst TV Comebacks Ever