As the search for survivors enters its fifth day, those who escaped are recounting harrowing tales of survival after last week’s condo collapse in Surfside.

Steven Rosenthal was asleep in a corner unit of the 12-story Champlain Towers South building that collapsed last Thursday when he heard “the loudest thunderclap times a hundred that I ever heard in my life.”

A few seconds later, his bed and room began to shake and Rosenthal jumped out of bed to see what was happening.

“I run to the hallway, cloud of dust slams into me. I look and the ceiling’s down, the concrete, the cement," Rosenthal told NBC South Florida. "People were yelling, 'help me, get me out, help me.'"

Firefighters eventually rescued him from his fourth-floor balcony. Rosenthal said it is a “miracle” that he managed to escape because many of his neighbors' apartments were on the L-shaped tower that collapsed.

“One unit over, and I am gone,” Rosenthal added. 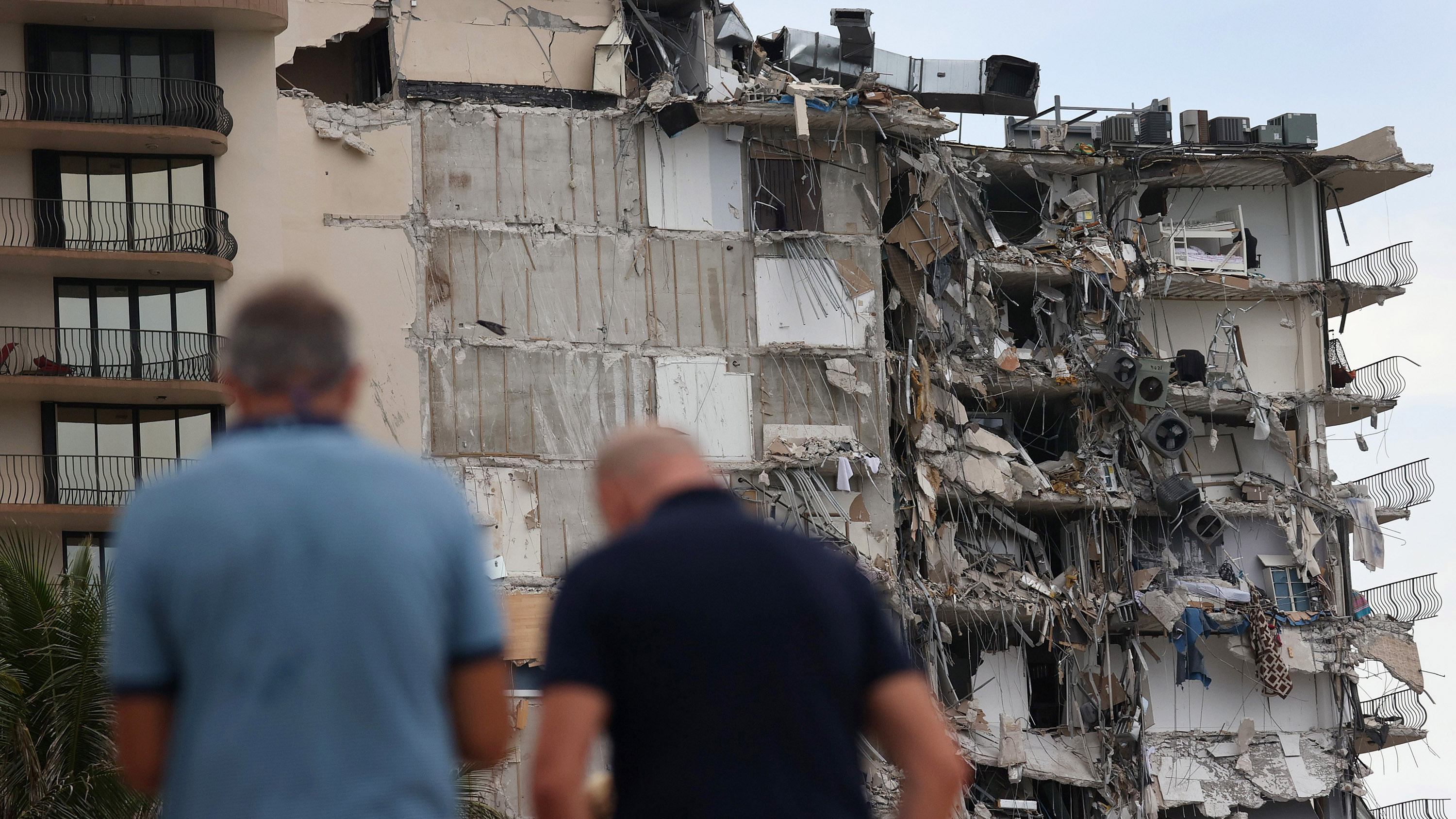 How to Help Victims of the Surfside Building Collapse 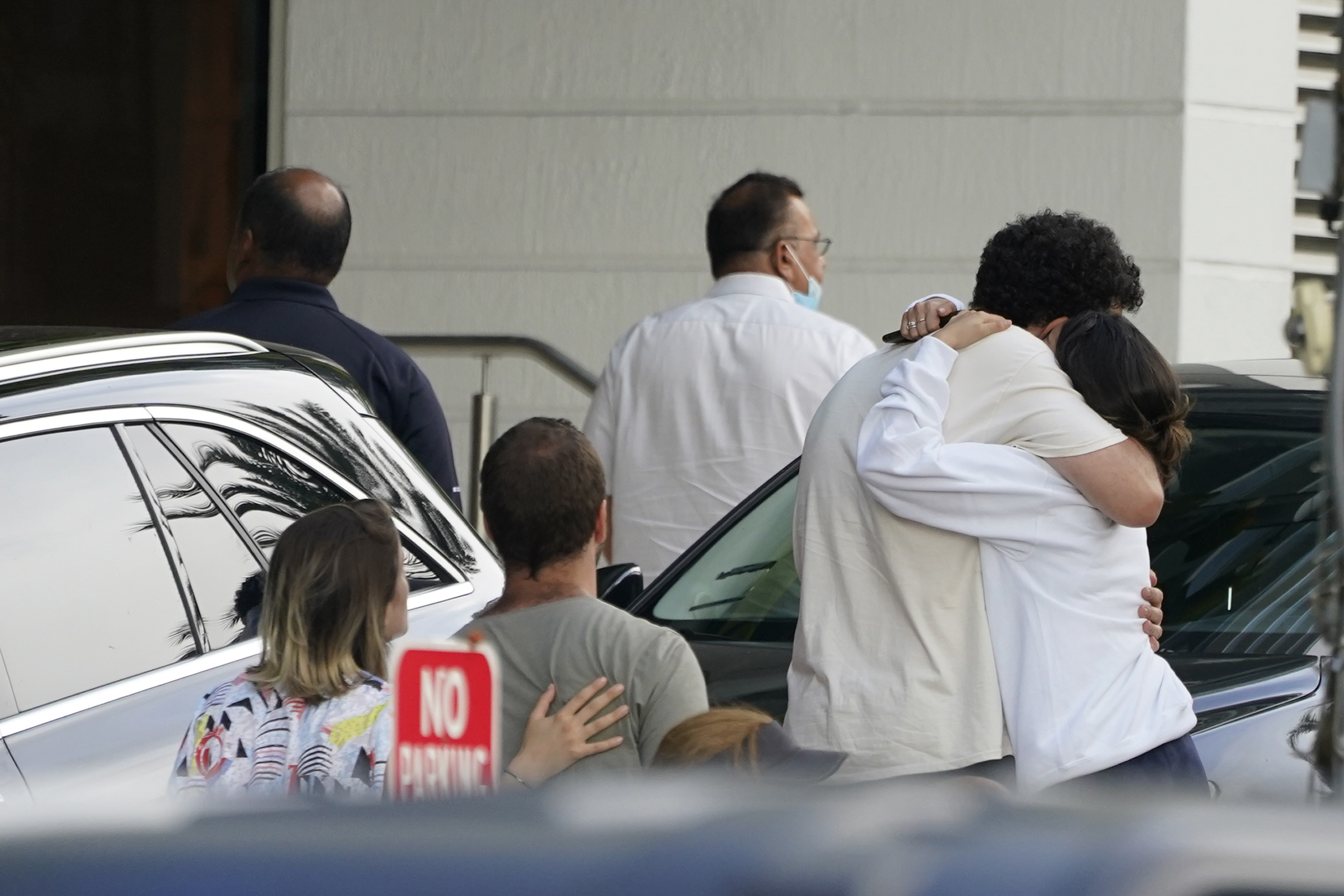 As the search for survivors enters its fifth day, those who escaped are recounting harrowing tales of survival after last week’s condo collapse in Surfside. At least 10 people have been confirmed dead, but over 150 are still missing as of Monday afternoon.

Ofe Osin-Cohen, another fourth-floor resident who escaped, told NBC's "Today" show she was “sound asleep” when she heard a “weird sound” and felt the building shake. Rattled, she got dressed, grabbed some essentials and began the trek out.

“When I opened the door to my apartment, it leads to a long hallway, and all I saw was debris,” Osin-Cohen told "Today."

She made her way to a nearby stairwell and tried to exit on the pool deck, but the door was jammed. She then went down to the garage to discover it was flooded with water up to her ankles. Osin-Cohen then returned to her apartment, taking along with her an elderly couple she came across that was also trying to find their way out. Once in her apartment, they made their way to the balcony and flagged down firefighters who rescued them. The whole experience, she told Today, was “really surreal.”

“Unfortunately, we did hear screams. I don’t even want to think about it,” she said. “I couldn’t tell where it was coming from.”

Albert Aguero and his family had a similar close call. Aguero, his wife and two children, were visiting South Florida from New Jersey. He said he awoke around 1:15 a.m. to a shaking building and swaying chandeliers. From the balcony of his vacation rental in Unit 1106 — right by the collapsed wing — he said he saw a grey cloud covering the entire building.

"I looked to my left and half of the apartment is gone, look forward and the elevator shaft is there and there's no elevator, it's just two holes," Aguero told NBC South Florida. "Panic starts to set in, like we need to really run, because I don't know if the rest of it is coming down. We got to the stairwell and when we opened the door, that's when everything really hit, because half the wall to the stairwell was missing, it was kind of open air stairs, so now we're just racing down as fast as possible."

The family reached the third floor, where they helped a young woman and an elderly resident get to the ground floor. Before sprinting to the beach to safety, Aguero said the group crawled up about three feet of rubble on the first floor and overcame a three-foot gap by the pool.

Dressed in flip-flops and pajamas, Alfredo and Marian Lopez left their home of 22 years after what sounded like a loud crash of thunder woke them from their sixth-floor apartment at the northwest corner of the Champlain Towers South.

When they opened their door, they saw sky and beach where their neighbor’s doors had once stood.

“That complete side of the building was not there,” Marian told the Miami Herald. “The apartments were gone.”

The couple fled down the emergency stairwell, but couldn't open the lobby door. They then descended to the garage where they encountered shin-deep water, ultimately escaping — Alfredo with a woman frozen from shock hoisted over his shoulder — through an opening in a crumbled wall.

As they stepped onto the beach, Alfredo said he could hear the cries for help coming from the wreckage.

“I could hear people crying and screaming for help,” Lopez told the Herald.

The flooded garage was located underneath the building's pool. Both had been flagged in a 2018 engineering report noting the need for extensive and costly repairs to fix systemic issues with the Champlain Towers South.

The report from the firm of Morabito Consultants said the ground-floor pool deck was resting on a concrete slab that had “major structural damage” and needed to be extensively repaired, and uncovered “abundant cracking and spalling” of concrete columns, beams and walls in the parking garage.