"When everything stopped falling, I tried to stretch myself out, but the concrete chunks felt heavier and heavier, they were pressing me"

A tree branch saved a maintenance mechanic from the collapsing building where a dozen co-workers died when last week's earthquake rocked central Mexico. A slap across the face startled a dazed father back to his senses, spurring him to carry his critically injured daughter to safety. Neighbors, co-workers and passers-by pulled people from the jaws of death, while taxis, private cars and even buses rushed them to hospitals.

Amid the endless tragedies from the magnitude 7.1 quake that killed more than 300 people, there were incredible stories of survival.

Conrad Vazquez Martinez, a 67-year-old mechanic, was on the roof of the four-story laboratory building where he worked in Mexico City's Roma Norte neighborhood when the quake hit at midday Sept. 19. 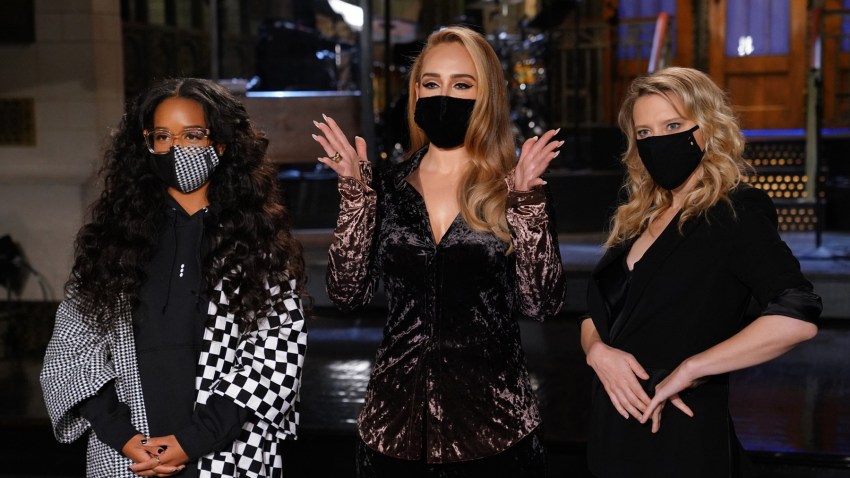 "I wanted to run to get to people, but the building was collapsing behind me," Vazquez Martinez said Wednesday as he lay in a bed at the Magdalena de las Salinas hospital, recovering from a broken hip and leg. "I ran and ran, and with one jump I grabbed a branch that grew close to the building."

"Another employee and I had once talked about that branch. We said, 'If there's ever a problem here, we'll jump out here,'" he remembered. "Unfortunately it was old, and it broke."

But Vazquez Martinez never let go of the branch, and it proved a life saver. He fell through the lower branch and onto the sidewalk in front of a neighboring building, breaking his hip and leg. And then a second miracle: A metal balcony grill fell over him, partly shielding him from the direct impact of rubble that tumbled over him.

The tree branch, which he still gripped in one hand, poked out of the debris to give him a trickle of air.

"The metal grate had a screen, so the chunks of concrete didn't fall directly on me," he said. "When everything stopped falling, I tried to stretch myself out, but the concrete chunks felt heavier and heavier, they were pressing me, heavier all the time."

His face, mouth and nose full of rubble, Vazquez Martinez noticed that a jug of water he had on the roof had fallen nearby. "God is so great, that even water was provided."

He called and whistled, and eventually co-workers found him and dug him out.

"Losing my co-workers was what most hurts," he said. "My hope was to get out and save people, but I couldn't, I failed."

"But I did one thing. I closed the valve on the gas tank," Vazquez Martinez added, recalling his actions in the first moments when the earthquake started. "It was bomb there," he said of the big heating gas tank on the roof. "It may have saved the whole neighborhood."

Dr. Fryda Medina, director of the hospital where he is being treated, said that on the day of the quake, patients were delivered by volunteers in private cars and taxis. Two patients were brought aboard buses. The staff, and even retirees, all volunteered to work through the night and following days, when over 300 injured from the earthquake were brought in. Only one died, she said.

"It was in those moments that one feels the spirit we have in Mexico, the solidarity," Medina said at the hospital, which is operated by Mexico's Social Security Institute.

There were other incredible escapes from death. American photojournalist Wesley Bocxe and his wife, Elizabeth, made it to the roof of their 10-story apartment building when the quake started. His wife was killed when the floors underneath pancaked into a pile of rubble, but Bocxe somehow survived the plunge, though he was seriously injured.

Local media quoted one woman who said that she and two relatives took refuge in the bathroom of their upper floor apartment, and the room — apparently constructed more sturdily than the rest of the building — plunged intact to near street level. They were able to escape with the help of neighbors.

The quake was a nightmare for a family of four in the Iztapalapa neighborhood on Mexico City's gritty east side.

The father and mother rushed out of their home with their 9-year-old daughter and 13-year-old son when the shaking started, only to have a six-foot (two-meter) perimeter wall fall on the children. The debris crushed the girl's pelvis, damaged her liver and caused internal bleeding. A broken bone in the boy's leg poked though his skin and blood spurted out.

The father, who asked that the family not be identified by name for privacy reasons, said he was shocked into a stupor by the sight but a quick slap from his wife brought him back to his senses.

"When I saw her in the rubble, her eyes glazed unconscious, I went into shock," he said Wednesday at the Magdalena de la Salinas hospital. "I picked her up ... I thought she was dead. Her mother slapped me in the face because I was totally gone. I turned to her and she said, 'We have to save her, she's still alive!'"

The mother helped their son, who was crawling, to get to the street, and then she rushed into traffic to stop a car.

"I stood in front (of the car) and pounded on the hood, I said, 'Please, I beg you, help us get to the hospital,'" she recalled. "The man stopped, opened his doors ... I don't know how we got there, but I owe that man my children's lives."

Once they got to a hospital, police officers stationed outside saw the girl's condition and quickly offered to summon a helicopter, which flew both children to the Magdalena de la Salinas.

The girl is wrapped in sheets on her hospital bed, her father holding her hand. She has talked to psychologists, and now can calmly recall the moments of terror.

"In my brain, I saw the earth cracking open. It was an illusion," she said. "When I went through that scare, I thought I wasn't going to live."