Puerto Rico Retirees Could Face 8.5% Cut to Pensions, in Latest Blow for Island

In the last three years, Puerto Ricans have experienced multiple crises including a deadly hurricane, a government corruption crisis and now a rare seismic sequence -- all this while grappling with a decade-long economic recession then financial crisis that has led to bankruptcy for the U.S. territory

Retired government workers in Puerto Rico are bracing for a possible cut to their monthly checks even as the already financially strained island faces one of its most difficult moments with recent earthquakes.

For Myra Rivera, a 69-year-old former teacher and translator, any reduction to her pension is unfair.

In the last three years, Puerto Ricans have experienced multiple crises including a deadly hurricane, a government corruption crisis and now a rare seismic sequence -- all this while grappling with a decade-long economic recession then financial crisis that has led to bankruptcy for the U.S. territory.

Puerto Rico’s central government is nearly $70 billion in debt, while the retirement system has at least a $55 billion shortfall.

As part of the plan to restructure and repay the Puerto Rico Retirement System’s debt, the Financial Oversight Management Board suggested cuts to pensioners.

The fiscal plan submitted on Sept. 27 proposed an 8.5% reduction to all government retirees who receive more than $1,200 per month. Meanwhile, the cost of living in Puerto Rico is increasing, causing uncertainty among pensioners.

Rivera worked for 26 years in the Department of Education. When she retired eight years ago, she thought her financial plan was more than enough to cover her needs. By the time she retired, the island was already in the middle of the financial crisis.

"Cost of living is increasing, but my income is reducing," Rivera said.

While some say an 8.5% cut is the best-case scenario for pensioners in this crisis, the island’s bad financial health is forcing citizens to count every penny. 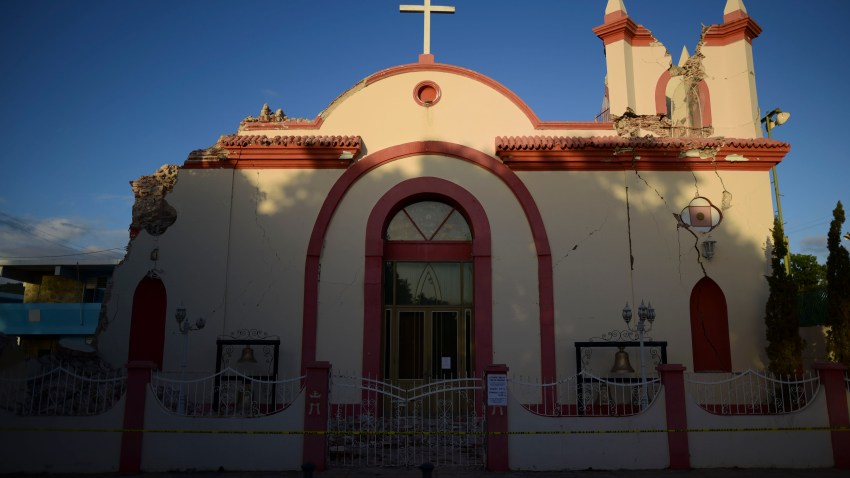 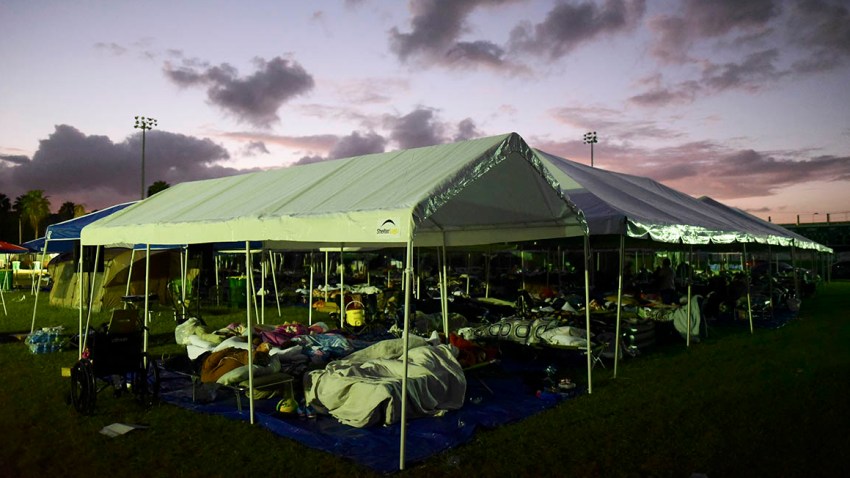 Pensioners are blaming politicians and other government directors for creating this financial storm while accusing the board of not having their best interest in mind.

"People who caused the problem pretend we are the ones who have to pay," Rivera said.

“Ever since the first day, the system was running on [a] deficit,” says Lourdes Ramos, a member of Puerto Rico’s House of Representatives.

For years, payments to pensioners exceeded the amount of capital the system collected and the deficit continued to grow.

Pension payments represent more than 20% of the government’s collection.

Current government employees are part of a new system, similar to a 401k program.

Although this new system gives hope to government employees that will join the pension group in years to come, pensioners are still at risk of facing cuts as a way to negotiate the debt.

Effects of the Possible Cut:

Right now, there are 167,000 citizens receiving pensions, according to the government. At least 39% earn more than $1,200. Rivera is among them.

The 8.5% cut proposed by the board was calculated with the idea that people with a $1,200 monthly income will not see cuts, while those who receive more won’t fall below that number. Those who will receive $1,200 after cuts will have to juggle bills with an annual income of $14,400.

On average, a two-bedroom and one-bathroom house in San Juan can cost $600, while a utility bill can be at $200. Going to the grocery store could cost Puerto Ricans $250 per month. These expenses exceed $1,000 without transportation, healthcare, and other monthly bills.

This has caused austerity measures among Puerto Rican retirees, which leads to other social problems.

"Every day is so hard," said María Burgos, a 55-year-old woman, who retired last year due to health issues.

Burgos worked for 30 years in the Department of Education as a teacher and school director. Last year she was involved in a car accident where she suffered back injuries. Work pressure was affecting her and she decided to put her health first by retiring. But now she sometimes regrets it, because her pension is not enough.

"Maybe I should have waited more time before retiring," Burgos said. To meet all her bills, she has been forced to use credit cards as a safety net.

"I finance my water and electric bill," she said.

Now, Burgos has decided to look for a part-time job. She has worked as a tutor last semester, but due to the earthquakes, she hasn’t been able to start tutoring the kids, since school has been delayed. Burgos is also waiting to see if other opportunities arrive.

Rivera and Burgos still have faith these cuts could be stopped, preventing more financial damages to pensioners.

Construyamos Otro Acuerdo (COA) is a campaign organized by Puerto Ricans to fight against decisions the Financial Oversight Management Board is making.

"The board's agreements are not the people's agreements," says Marcos Martínez, a pensioner and member of the campaign.

COA started with a small group of people speaking out against what they consider are proposals that are unfair for Puerto Ricans. As time passed, the group expanded across the island. Right now, the campaign has three groups that meet every week.

The campaign started when pensioners felt a lack of representation from the Official Committee of Retirees (COR).

In June 2017, the U.S. Trustee appointed COR as the committee that would represent government retirees during the restructuring process of Puerto Rico's debt.

The U.S. trustee program is described on their website as a component of the Department of Justice that seeks to promote the efficiency and protect the integrity of the federal bankruptcy system.

“They don’t represent us,” was a constant comment from members of COA during a weekly meeting held in October in Caguas, Puerto Rico.

Among COA members’ biggest criticisms against COR is that the members were not chosen by pensioners. The U.S. Trustee invited retirees to submit resumes from which they picked all members of the committee. “It wasn’t a democratic process,” Rivera said.

COR’s message has been focused on promoting a reduction to the initial percentage the board had suggested.

Originally, the board proposed a 25% cut to pensioners’ checks.

While the recent deal represents a partial relief, retirees like Rivera and Burgos think a 8.5% cut is still unacceptable because they weren’t the ones who created the debt. "It's my money and no one should place their hand in my pocket," Rivera said.

Miguel Fabre, a former judge and COR’s president knows that $1,200 is not enough to live on in Puerto Rico. He says that there shouldn’t be any cuts, but Puerto Rico’s poor fiscal health is making it impossible. “We have to understand that this is a bankruptcy case, and in a bankruptcy case everyone has to yield,” he told NBC.

This hasn’t been the only conflict COR is facing. One of its lawyers, Hector Mayol has been accused by Ramos of having conflicts of interests. Mayol administered Puerto Rico’s Retirement System for four years and prior to his arrival in 2009, he used to work for  Samuel A. Ramirez & Co. as managing director in Puerto Rico’s offices.

In an interview with NBC, Mayol said the firm was part of the selling group in a bond issuance done in 2008 for Puerto Rico’s Retirement System. Although he confirmed he knew about the bond transaction he said he did not directly work on it.

Mayol owned bonds in Puerto Rico’s Public Building Authority and in the Retirement System. He told NBC he sold his bonds on July 2017, a month after the U.S. Trustee appointed COR.

“I did it to avoid any accusations, when my firm was being considered to represent pensioners,” he added.

After the Oversight Board presented the fiscal plan, with the proposed 8.5% cut to pensions and reductions in other sectors, Gov. Wanda Vázquez supported the decision saying, “it’s the best alternative in this crossroad.”

But every decision has to be approved by Laura Taylor Swain, the federal judge in charge of Puerto Rico’s bankruptcy case.

Before approving this cut, it’s expected that Swain will oversee what bondholders, pensioners and other members involved in this issue think of the suggested cuts through a voting process. There is still no designated date for this vote. Following the latest quakes shaking the island, including a 6.5-magnitude earthquake, it’s expected that any determination will be delayed. This increases the level of uncertainty among islanders.

Although Swain has the last word when it comes to any pension reduction, PROMESA expert Rolando Emmanuelli says neither the board nor Swain is able to make laws. Any bill involving this reduction has to be approved by the legislature. “It’s the only power Puerto Rico still has,” Emmanuelli said.

For Ramos and other members of the House of Representatives of Puerto Rico, cuts are not an option. “Discounts to pensioners are not happening,” Ramos told NBC.

Recently, the legislature passed a resolution that says no proposed cuts by the board will be passed. “We already said that such a project will not be approved,” Ramos said.

But uncertainty takes over with the new year. “The game can change,” Emmanuelli says.

In November 2020, Puerto Ricans have general elections. If the legislature shifts, they could “start working in favor of the board,” Emmanuelli says. Because a fiscal plan hasn’t been approved by Swain, decisions and recommendations can still be added.

This back and forth period between the government, COR and the board is what pensioners are using to spread their message of “no cuts.”

“They are trying to erase us from the map,” Rivera said angrily. “We have to resist and fight,” she added.