Obama's plan to broaden background checks forms the centerpiece of a broader package of measures the president plans to take on his own on gun control in his final year in office. Although Obama can't unilaterally change gun laws, the president is hoping that beefing up enforcement of existing laws can prevent at least some gun deaths in a country rife with them.

"This is not going to solve every violent crime in this country," Obama said. Still, he added, "It will potentially save lives and spare families the pain of these extraordinary losses."

Under current law, only federally licensed gun dealers must conduct background checks on buyers, but many who sell guns at flea markets, on websites or other informal settings don't register as dealers. Gun control advocates say that loophole is exploited to skirt the background check requirement. 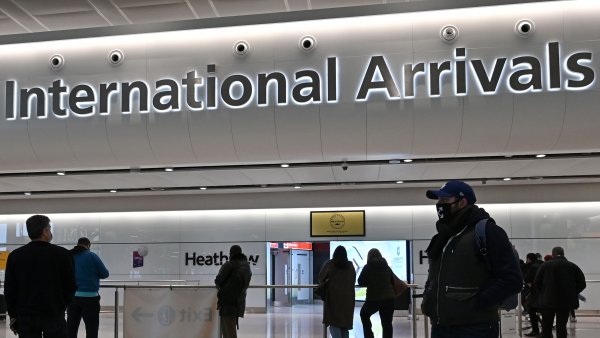 Now, the Justice Department's Bureau of Alcohol, Tobacco, Firearms and Explosives will issue updated guidance that says the government should deem anyone "in the business" of selling guns to be a dealer, regardless of where he or she sells the guns. To that end, the government will consider other factors, including how many guns a person sells and how frequently, and whether those guns are sold for a profit.

The executive actions on gun control fall far short of what he and likeminded lawmakers attempted to accomplish with legislation in 2013, after a massacre at a Connecticut elementary school that shook the nation's conscience. Even still, the more modest measures were sure to spark a confrontation with Republicans and gun rights groups that oppose new impediments to buying guns.

Far from mandating background checks for all gun sales, the new guidance still exempt collectors and gun hobbyists, and the exact definition of who must register as a dealer and conduct background checks remains exceedingly vague. The administration did not issue a number for how many guns someone must sell to be considered a dealer, instead saying it planned to remind people that courts have deemed people to be dealers in some cases even if they only sell a handful of guns.

And the background check provision rests in the murky realm of agency guidelines, which have less force than full-fledged federal regulations and can easily be rescinded. Many of the Republican presidential candidates running to succeed Obama have vowed to rip up his new gun restrictions upon taking office.

But in instances where the FBI needs more time, the government only has three days before prospective buyers can return and buy the gun without being cleared.

The White House also said it planned to ask Congress for $500 million to improve mental health care, and pledged to move forward with efforts to keep guns out of the hands with people deemed unsuitable because of mental illness. The Obama administration also plans to complete a rule long in the works to close a separate loophole that exempts guns purchased by trusts or corporations from background checks.

Obama planned to announce the new measures at an event at the White House on Tuesday as he continued a weeklong push to promote the gun effort and pushing back on its critics.

He met at the White House on Monday with Democratic lawmakers who have supported stricter gun control, and planned to take his argument to prime time on Thursday with a town hall discussion about gun violence on CNN. The initiative also promised to be prominent in Obama's final State of the Union address next week.

Associated Press writers Eric Tucker and Stacy A. Anderson contributed to this report.