Puerto Rico Youth Stranded With School Still Out From Storm

The storm swept across the island Sept. 20, causing at least 48 deaths, according to the official tally. It caused widespread flooding and knocked out the entire power grid for the island of 3.4 million people

Alanys Arroyo and her little brothers have been cooped up in a school for weeks, but they aren't in class. They've been living in a campus-turned-shelter in western Puerto Rico since Hurricane Maria flooded their home and destroyed their belongings, trying to pass the time while their family waits for help to replace the apartment it lost in the storm.

Fifteen-year-old Arroyo reads or helps her mother clean the classroom where they sleep. The boys kick around a soccer ball and run through the hallways. They are bored and increasingly frustrated, a combination widely felt by young people across Puerto Rico as the island remains stuck in place nearly a month after the hurricane.

Most schools remain closed, leaving kids to pass the time playing on toppled trees or using precious phone battery on video games, waiting for life to return to normal as the adults around them struggle to put their own lives back together.

"The days are long," Alanys said as she washed what was left of the family's clothes in a plastic garbage pail. "I miss studying."

It's not any easier on her mother, Yahaira Lugo, who has started to despair about how to keep her four children occupied. "What do I do with them all day?" she said. "There's nothing. No TV. No internet. Our books are gone and there's no place to go."

Kids will be kids and many seem to be making the most of what for some at least feels like an extended vacation. But 15-year-old Andy Gualdado says the novelty has worn off and he misses friends he used to talk to every day. "Now, I'd like to go to school," he said as he took a break from riding his bike past downed power lines and tree limbs in San Juan.

The storm swept across the island Sept. 20, causing at least 48 deaths, according to the official tally. It caused widespread flooding and knocked out the entire power grid for the island of 3.4 million people. Power has since been restored to 19 percent of the island.

All 1,113 public schools remain closed, though 167 have served as community centers for children and elderly people to spend part of each day and get breakfast and lunch. The education department announced Wednesday that it was raising the number of campuses used in this way to 190.

An additional 99 schools are being used as shelters for thousands of people sleeping in classrooms like the Arroyo family.

As authorities try to figure out how to re-open the schools, they must confront the fact that about 70 have been too damaged by the storm to reopen, some with foundations undermined by landslides, and many have no regular water service. Few, if any, have power.

Puerto Rico's Gov. Ricardo Rossell announced Wednesday at a news conference in San Juan that he would be meeting with White House officials tomorrow in Washington, D.C.

As of Wednesday, there are over 100 shelters open and more than 4,700 people in shelters, according to Puerto Rico's government. An estimated 19 percent have electricity, 78 percent of gas stations are open, 90 percent of groceries stores are open and 45 out of 70 open hospitals have electricity. More than 30 percent of the island still does not have drinking water.

Teachers were supposed to report back to their assigned schools Monday to prepare for a resumption of classes next week, but Education Secretary Julia Keleher now concedes that was too ambitious and only some will open. The start date for the entire system has been pushed to no sooner than Oct. 30.

It's not just the elementary and secondary schools. Universities and trade schools are also closed or on limited schedules, forcing young people to put their lives on hold or move to the U.S. mainland to pursue their dreams.

Luis Sierra, a 19-year-old studying to be a chef, spent a recent afternoon, shirtless in the blazing afternoon sun, keeping an eye on his family's stuff at another school-turned-shelter in Toa Baja, west of San Juan. The school where he studies says it won't resume until August. "I've lost this year," he said. 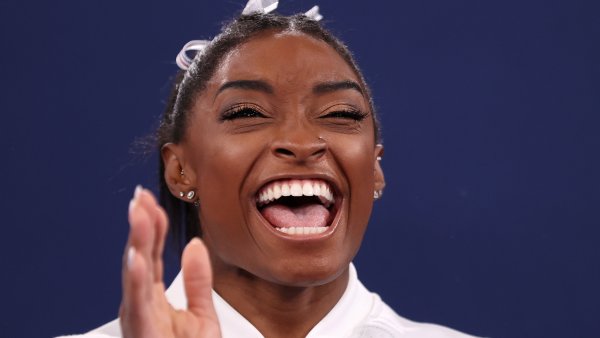 Some of the public schools in better shape are being used as community centers, where students can come to play and eat a hot meal cooked by the school cafeteria staff.

In darkened classrooms at the Ramon Marin Sola elementary school, as rain poured down outside, fourth-graders played Connect Four and Parcheesi. Others worked on a Hurricane Maria journal, writing about what they bought before the storm and what they lost, and what they hope for their homes.

"We're trying teach them how to be happy again," said school director Zoraya Cruz. "We're not worried about the curriculum right now. We want them to feel comfortable and safe."

Nine-year-old Celiz Torres said she helped her mother with trying to clean their house to pass the time before school started, but she jumped at the chance to go back to school, even for a few hours. "I missed my friends and my teachers," she said.

Many students and young people left for the mainland U.S., though the exact number is not yet known. Because the storm followed closely on Hurricane Irma, which skirted the island without making a direct hit, students have had only about six weeks of class since the academic year started Aug. 14.

The education secretary, who runs a system with 345,000 students, would like to get children back to class as soon as possible. But it's a matter of competing needs, Keleher said. Yes, kids need to get their education and parents need them in school so they can go back to work. But campuses need to be repaired and cleaned and about 10 percent are still being used as shelters.

"You ask yourself: Is it my rush to get that family out? Because if that family is the family of the child that I am educating, who am I serving here by getting them out faster?" Keleher said in interview with The Associated Press. "We have the goal but it's not the goal at the cost of human beings who are impacted along the way."

The school year typically ends June 1, but education officials are considering various options, including whether to extend the year past June, or make the days longer.

When they do go back to school, many kids will be dealing with the stress of having lost their homes and all their belongings in the floods that surged through vast sections of the island. Some of the teachers and staff are dealing with the same issues, said Damarys Collazo, principal of the Eleanor Roosevelt School in the Hato Rey district of San Juan.

She says she will try to act like life is normal, but realizes that may not be possible. "The reality is that we are confronting a crisis like they have never experienced," she said.

Jennifer Rodriguez, a 33-year-old mother of two boys, ages 7 and 1, has tried to keep her older boy occupied with games and coloring books. He has played with his friends in the shelter at the school in Toa Baja where they went after floodwaters wrecked the interior of their house and all their belongings. Her older boy is sad, she says, despite the extra play time.

"My 7-year-old is very smart. He knows there is a crisis and he keeps asking me when it's going to end and when can he go back to sleeping at home," Rodriguez said.

In the shelter at Padre Anibal Reyes Belen high school in Hatillo, Gloria Roman was doing a word search puzzle with her kids when they weren't playing soccer. "It's not easy on anyone," she said of life there.

Alanys Arroyo is in the 10th grade. Her father proudly says she is in an honor student. She wants to go back to school but all her uniforms were ruined when the water surged through their ground-floor apartment in Arecibo, destroying nearly all their belongings. They were transferred from another shelter and are far from their friends. She said she tries to keep up with her studies by reading about U.S. and Puerto Rico history, but it's hard to concentrate.

Her 9-year-old brother, Nataniel, who is diabetic, said it feels weird to be staying at a school but not going to school.

"I didn't know I liked school that much until I couldn't go," he said.