Gov. Jared Polis said he hopes Vanessa Wilson is ready to work to increase transparency within the department

The interim chief of a suburban Denver police department has become the first woman to permanently lead the agency that's looking to regain public trust following a tumultuous year since the death of Elijah McClain, a 23-year-old Black man officers stopped on the street and put into a chokehold.

The City Council chose Vanessa Wilson in a 10-1 vote Monday night, hours after she apologized for the latest controversy tied to the Aurora Police Department. Officers investigating a stolen vehicle this past weekend made four Black girls, ranging from 6 to 17, lie face down on the ground and handcuffed at least two of them. Police later discovered they had the wrong vehicle.

Elijah McClain, a 23-year-old Black massage therapist, died in August 2019 after police in Aurora, Colorado, stopped him on his way home from the store and put him in an illegal chokehold. LX News host Nik Z reviews the body cam footage of his encounter with the cops and Marc Sallinger, a reporter for KUSA in Denver, gives an update into the police review of his death.

The national reckoning over racism and police brutality following George Floyd's death in Minneapolis brought renewed criticism to Aurora police over the August 2019 death of McClain, who was stopped by three white officers responding to a call about a suspicious person wearing a ski mask and waving his arms as he walked down a street.

Police put him in a chokehold, and paramedics gave him 500 milligrams of ketamine to calm him down. McClain suffered cardiac arrest, was later declared brain dead and taken off life support several days later.

Wilson, who is white, has 23 years of experience with the Police Department in Colorado’s third-largest city, a diverse community east of Denver. She got the job over three other nationwide finalists — all Black men.

She said in a statement that Aurora is at a crossroads and that she's committed to the force being “an active and engaged part of this community.”

“We will be a transparent partner dedicated to making Aurora a safer city for all, with respect for our diversity, an embrace of unity, and continual conversation about how we can do better,” Wilson said. 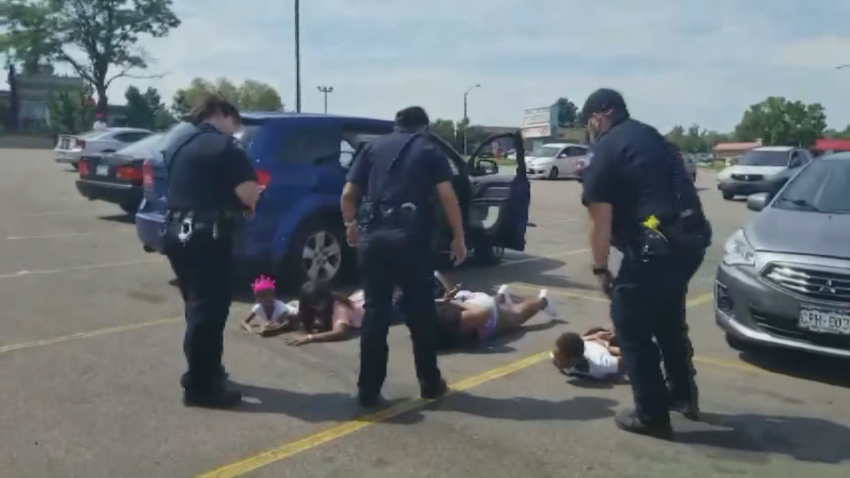 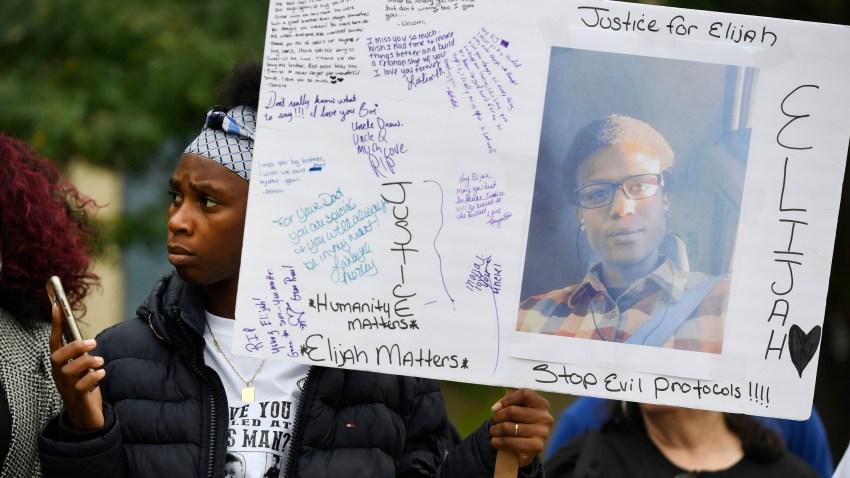 Gov. Jared Polis told reporters he hopes Wilson is ready to work to increase transparency within the department and rebuild trust.

McClain family lawyer Mari Newman said she’s wary of Wilson’s experience within a department riddled with brutality and racism. But she also says she’s an optimist.

“My hope is that she will prove that she has not just the moral compass but also the fortitude to do the right thing and to overhaul a broken department,” Newman said.

Wilson moved quickly last month to fire three officers, including one involved in confronting McClain, over their involvement in taking and sharing photos of police reenacting the chokehold near where McClain was stopped.

Wilson called the photos “a crime against humanity and decency.”

Firing them without a hearing by an internal review board prompted criticism from an officers union, the Aurora Police Association. It accused Wilson of making the decision because she was a finalist for the top job.

Marc Sears, president of the local Fraternal Order of Police chapter, told Sentinel Colorado newspaper that Wilson was the right person to lead the department. With her permanently as chief, she's free to make the changes she wants without fear of them being undone by a replacement, he said.

Newman called Wilson’s previous actions a “mixed bag.” She criticized the department’s use of force, which included pepper spray and batons, during a violin vigil this summer for McClain but also praised Wilson's quick decision to fire the officers over the mock chokehold photos.

“What I’m hoping to see is more swift and decisive action like that,” she said.

Aurora activist Candice Bailey, a member of the city's police oversight committee, said it was better to pick someone with knowledge of the community rather than a “Black face” from another part of the country. But she's concerned Wilson might be limited in what she can accomplish by the police union and the department's culture. Bailey said she's tired of apologies and wants Wilson to personalize the pain the community feels and act on that.

"If it were her child or her mother's face down on the concrete, what would her actions have been?” she said, referring to the girls' treatment over the weekend. Gov. Polis called video of the incident “painful to watch.”

Women in yellow, self-described as the "Wall of Moms," showed up by the dozens in a Sunday protest to form a human chain between Black Lives Matter protesters and federal police officers in Portland.

Federal officials say they're considering a civil rights inquiry, while the state health officials are looking into what role the sedative played in McClain's death. The city also is reviewing police policies, including use of force.

Besides criticism of using force, Aurora police have faced internal controversies, including an officer who was found passed out drunk at the wheel of his parked but running patrol car. The scandal led the person in line for acting chief to step aside late last year, with Wilson becoming the temporary leader in January.

Nieberg is a corps member for the Associated Press/Report for America Statehouse News Initiative. Report for America is a nonprofit national service program that places journalists in local newsrooms to report on undercovered issues.