Gov. Phil Murphy has lowered the capacity on indoor gatherings from 100 to 25 people as the rate of transmission remains above 1.

With New Jersey's spread of coronavirus on the rise with recent house parties being partially blamed, Gov. Phil Murphy is re-tightening capacity limits on indoor gatherings.

On Monday, the first-term Democrat announced that due to an increase in the rate of transmission, he was lowering the capacity limit on indoor gatherings and parties from 100 to 25. The limit for smaller rooms remains at 25%.

He said the 25-person limit doesn't apply to weddings, funerals and first-amendment-protected events. Those events are still limited to 25% of a room's capacity, but remain at a 100-person capacity limit.

The restrictions remain in effect "until further notice" as the rate of transmission, which indicates the number of people an infected person spreads the virus to, goes will need to be lowered over at least a seven-day period.

Murphy said most people are doing the right thing, but "knuckleheads" are putting everyone in danger.

"Unfortunately, the actions of a few knuckleheads leave us no other course," Murphy said. "We have to go back and tighten these restrictions."

If the rate of transmission remains higher, Murphy said more action can come.

He continued to urge people to keep their distance from each other and wear face coverings.

"We remain in a public health emergency," Murphy said.

"Over the last week, we saw numbers of new cases that we hadn’t seen in eight weeks. Our rate of transmission is now more than double where it was a few weeks ago," he said. "Everyone needs to get it together – and fast. This is not yet past us."

Indoor dining has continued to not be allowed in New Jersey during the pandemic.

New Jersey is in the second of three reopening phases, but Murphy warned last week that virus trends are heading in the wrong direction and setting off alarm bells. The rate of transmission has climbed from below 1 just weeks ago to 1.48 by Monday. The Rt hasn't been this high since April, when the state was being hard hit by the virus.

Since the start of the outbreak, nearly 183,000 people tested positive for COVID-19. The state reported at least 13,971 confirmed deaths with another nearly 1,900 probable deaths. Ten new deaths were reported Monday.

"We’re going to get through this together – and come out stronger and more resilient as a state," Murphy said. "First, we have to lower the rate of transmission and reverse the spread of coronavirus."

On Monday, Murphy clarified guidance on children wearing masks inside schools as they return this fall. Students will need to be masked in most cases.

"Face coverings will be required for all students at all times while inside a school building, regardless of social distancing, unless doing so would inhibit the individual’s health," Murphy said.

Murphy said the state will also soon be releasing FAQs to helps schools and districts with reopening plans.

The Costs of Coronavirus

New Jersey’s expenses responding to the coronavirus crisis have nearly tripled since May, climbing from $197 million to $573 million, according to records obtained by The Associated Press.

The 204-page spreadsheet obtained through the state’s public records law shows $573 million in expenses through July 19. As in May, the lion’s share of costs stems from the state’s Law and Public Safety Department, which houses the state police.

But the latest document shows the state Agriculture Department accounting for the next biggest share of expenditures, mostly for school meals that appear to be part of a federal program.

A message seeking an explanation was left Monday with the governor's office.

The charges are for as little as $2.66 for a Zoom-related expense within the Treasury Department to multiple six-figure costs. There are items for face shields, office supplies, Tyvek suits. The Law and Public Safety Department made at least two payments of $775,000 for a morgue for lease payments in May and June.

For many items, it's unclear what was purchased because the payee lines in the document have only what appears to be an invoice number.

The expenses are a growing fraction of the state’s nearly $40 billion budget and come as the state is seeing a dropoff in tax revenue, with 16.6% unemployment rate. 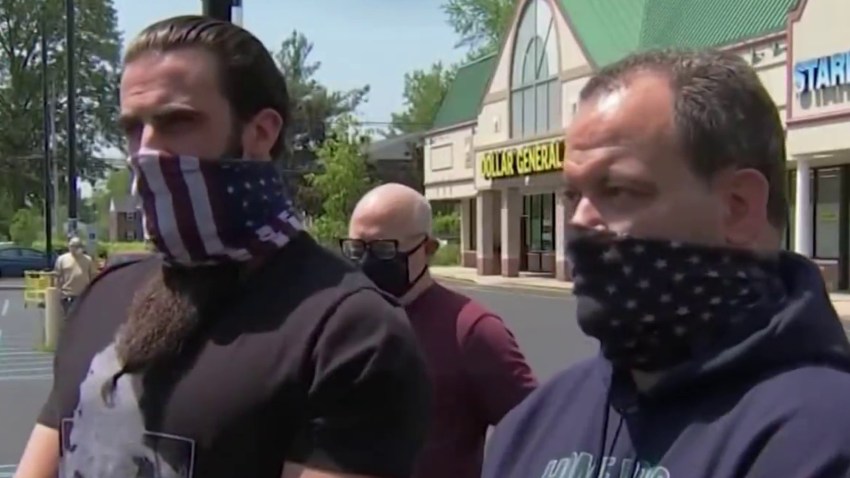 They also exceed some of the Democratic governor's proposals from before the outbreak hit in March. For example, he had sought $80 million to remediate the state’s lead drinking water infrastructure. Fifty million dollars would have financed an expanded college tuition program Murphy was seeking.

It’s not clear how the state will pay for the unplanned expenses, but New Jersey got about $2.4 billion in federal funds through the CARES Act, and Murphy has already petitioned the Democrat-led Legislature to use $600 million of that funding to finance state operations.

For most people, the virus causes mild or moderate symptoms. Older adults and people with existing health problems are at higher risk of more severe illness or death.