An 8-year-old was among those killed in the blasts, a law enforcement official told NBC News.

The explosions tore a city celebrating a local holiday while hosting thousands of people from around the globe, and immediately prompted fears of terrorism and raised new questions about America's ability to secure public events.

Oscar Otero was just a few feet away when the explosions hit in Copley Square.

“You heard boom-boom, then people screaming,” Otero told the Boston Globe. “There was blood all over the place. I saw a leg, people with bones sticking out of their skin. It’s hard to describe.” 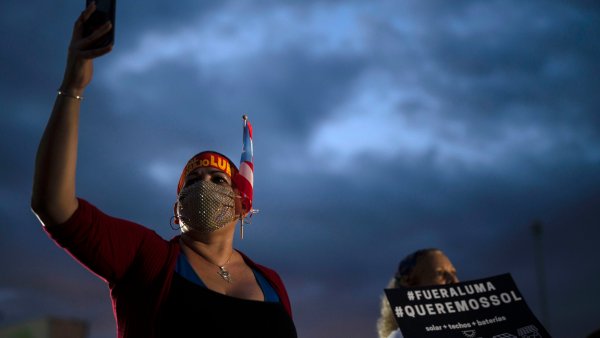 The city remained on lockdown for much of the day as investigators scoured streets for bombs and tried to determine the cause. Marathon organizers and counter-terrorism officials said the blasts were the result of homemade bombs, and NBC News reported that the bombs contained ball bearings intended to function as shrapnel. A senior U.S. intelligence official told the Associated Press that two more explosive devices were found and dismantled.

Police issued alerts for people to be on the look-out for a man seen leaving the blast scene wearing dark clothing and a hood, as well as for a rental truck seen trying to enter the area near the finish line, NBC News reported.

A hospital patient in the country on a student visa who had been questioned by police after the blasts was not in custody, and interest in him was waning, according to NBC News.

At an evening press conference, the Federal Bureau of Investigation's Special Agent in Charge Richard DesLauriers said the FBI was taking the lead in investigating the blasts and that its criminal investigation could become a terrorist investigation.

"This has all the hallmarks of a coordinated terrorist attack," McCaul said. "From some reports it looks like IEDs, I'll be interested to see if they were prepared the same way that they are in Iraq and Afghanistan."

If the blasts turn out to be an act of terrorism, they would mark the first such attack on American soil since 9/11.

The Boston Marathon, involving nearly 27,000 runners and tens of thousands of spectators, is always held on Patriots Day, the third Monday in April that commemorates the Battle of Lexington and Concord. The Boston Red Sox always play a day game at Fenway Park on Patriots Day. Public school students and many workers get the day off, so much of the city spends it in some form of revelry. The marathon adds an international air, with runners from more than 96 countries competing.

The explosions occurred at about 2:50 p.m. ET, long after the elite runners and about 17,000 others had finished. Another 10,000 or so remained on the course, winding through the city. The first blast, a ball of flames and a huge concussive force, erupted behind a large crowd of spectators near the intersection of Boyleston and Exeter streets, shattering windows.

That was followed by welter of screams and a large plume of white smoke. One runner fell to the ground, apparently hit by shrapnel. Police and medics, and several runners, rushed into the crowd to help. Victims lay scattered on the ground, bleeding, while others walked around, looking dazed.

Moments later, there was a second blast, about 100 yards away.

"There was blood everywhere, there were victims being carried out on stretchers. I saw someone lose their leg," said Steve Silva, a producer for Boston.com who captured the event on video.

Silva and other witnesses described victims with their limbs torn off and volunteers applying makeshift tourniquets. One Boston Globe staffed tweeted that he saw tourniquets made of race-pass lanyards. Hospital officials said most of the injuries were to people's legs.

"There are people who are really, really bloody," said Laura McLean, a runner from Toronto, who was in the race's medical tent being treated for dehydration when she was pulled out to make room for victims of the explosions.

Photographer Al Ghilardi told the Boston Globe he was standing on a bridge over the finish line.

“Then a big plume of white smoke, and then I ducked because I felt the shrapnel,” Ghilardi said. “I saw people in awe. They were frozen. It took a few seconds for people to recognize what happened.”

Runners searched for their families and friends, while people along the race route were forced to remain inside bars and restaurants as authorities combed the streets. Backpacks and other packages left behind by fleeing spectators remained scattered around the scene, making the effort difficult.

"This is like a bomb explosion that we hear about in the news in Baghdad or Israel or some other tragic place in the world," said Dr. Alasdair Conn, the chief of emergency services at Massachusetts General Hospital.

After the last victims were taken from the scene, the pavement remained covered with blood and debris.

About an hour after the initial blasts, authorities reported another explosion at the John F. Kennedy presidential library across town, but police said that it appeared to be caused by a fire. Soon afterward, Police Commissioner Edward Davis urged people in the city to stay inside.

The Federal Aviation Administration barred low-flying aircraft from within 3.5 miles of the site. Heavily armed officers and SWAT teams guarded entrances to hotels.

Later, U.S. officials told NBC News there was no information to indicate there were any additional threats following this explosion.

The final mile of this year's race was dedicated to the victims of December's schoolhouse massacre at Newtown, Conn.

The race was immediately canceled after the blasts, leaving thousands of runners temporarily with nowhere to go.

Cherie Falgoust was waiting for her husband, who was running the race.

"I was expecting my husband any minute," she said. "I don't know what this building is ... it just blew. Just a big bomb, a loud boom, and then glass everywhere. Something hit my head. I don't know what it was. I just ducked."