The first star to fall in baseball's latest drug investigation is one of its biggest: Ryan Braun.

The 2011 National League MVP was suspended without pay for the rest of the season and the postseason Monday, the start of sanctions involving players reportedly tied to a Florida clinic accused of distributing performance-enhancing drugs.

The Milwaukee Brewers star accepted the 65-game ban, 15 games more than the one he avoided last year when an arbitrator overturned his positive test for elevated testosterone because the urine sample had been improperly handled. 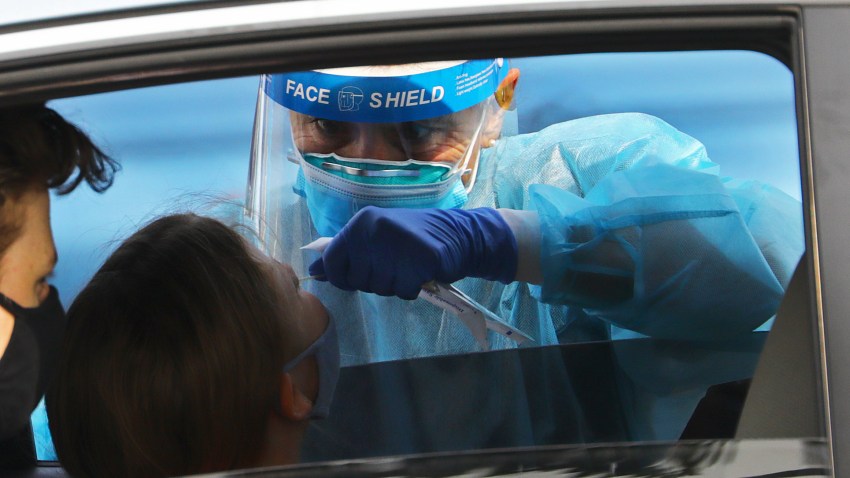 "I am not perfect. I realize now that I have made some mistakes. I am willing to accept the consequences of those actions," he said in a statement.

Braun, injured Yankees star Alex Rodriguez and more than a dozen players were targeted by MLB following a report by Miami New Times in January that they had been connected with Biogenesis of America, a now-closed anti-aging clinic.

"For these guys still to be involved with this stuff just baffles me," Miami Marlins manager Mike Redmond said. "The education's there and everybody knows what you can and can't take. It baffles me that this continues to be a black cloud over the game. I know Major League Baseball's done a great job of cleaning up the game and the testing policy and all that. And it's working. But at the same time, too, it seems like we'll go through a lull and then, bam, here comes another guy that gets suspended. It's got to stop."

MLB Commissioner Bud Selig announced Braun's penalty, citing the outfielder for unspecified "violations" of both baseball's drug program and labor contract. Braun will miss the Milwaukee Brewers' final 65 games without pay, costing him about $3 million of his $8.5 million salary. With the Brewers in last place in the NL Central, they aren't likely to have any playoff games for him to miss.

"I wish to apologize to anyone I may have disappointed," Braun said. "I am glad to have this matter behind me once and for all, and I cannot wait to get back to the game I love."

Under the agreement reached by MLB and the players' association the specifics of Braun's admission were not made public.

A person familiar with the deal, speaking on condition of anonymity because no statements were authorized, said 50 games of the penalty were connected to Biogenesis. The additional 15 games stemmed from Braun's actions during the grievance that overturned his positive test from October 2011. The suspension will count as a first violation of the drug program, the person said.

"He's guilty. You don't accept a deal unless you're guilty," Yankees manager Joe Girardi said. "And it's disappointing. It's another black eye for our game. I know this game is very resilient, and there's been a lot of scandals over the years, but you get tired of it."

Union head Michael Weiner said last week that arbitration hearings for players contesting suspensions likely would not start until September, which would delay any penalty until next season. But he also indicated the union would urge players to make a deal and get a suspension over with if there was strong evidence of guilt.

"I am deeply gratified to see Ryan taking this bold step," Weiner said in a statement. "It vindicates the rights of all players under the joint drug program. It is good for the game that Ryan will return soon to continue his great work both on and off the field."

Braun's acceptance of the suspension marks a 180-degree turnaround from his defiant spring training news conference in Phoenix last year, after his 50-game ban was overturned.

"We won," he said then, "because the truth is on my side. The truth is always relevant, and at the end of the day, the truth prevailed."

The 29-year-old Braun was hitting .298 with nine homers and 38 RBIs this year, slowed by a thumb injury that limited him to one game between June 9 and Friday. He was at Miller Park before Monday's game against San Diego and addressed the Brewers, then left without speaking to reporters.

"I'm disappointed. He's a very important player to our organization and to the ballclub and to our performance on the field," Melvin said.

The suspension is the latest in a string of high-profile drug cases across sports. Cyclist Lance Armstrong, a seven-time Tour de France winner, ended years of denials in January, admitting he doped to win. Positive tests were disclosed this month involving sprinters Tyson Gay, Asafa Powell and Sherone Simpson.

By serving the entire penalty this year, Braun gains a slight monetary advantage. His salary increases to $10 million next year, when a 65-game suspension would cost him about $500,000 more.

"We commend Ryan Braun for taking responsibility for his past actions," Rob Manfred, MLB's executive vice president for economics and league affairs, said in a statement. "We all agree that it is in the best interests of the game to resolve this matter. When Ryan returns, we look forward to him making positive contributions to Major League Baseball, both on and off the field."

Negotiations over penalties for other players haven't begun, according to a second person familiar with the probe, also speaking on condition of anonymity because no statements were authorized.

Rodriguez acknowledged using PEDs while with Texas from 2001-03 but has denied taking them since.

A three-time AL MVP, Rodriguez has been sidelined all season following January hip surgery and was hoping to be activated this week. A quadriceps injury developed while he played at Triple-A Scranton/Wilkes-Barre and caused him to remain on the disabled list. He is not expected at the Yankees' minor league complex in Tampa, Fla., until Wednesday.

The sport was criticized for allowing bulked-up sluggers to set power records in the 1990s and only started testing in 2003. Since then, testing and penalties have become more stringent and last year San Francisco's Melky Cabrera was suspended for 50 games, just weeks after he was voted MVP of the All-Star game.

"I guess this gives an example to the kids what not to do," Cincinnati manager Dusty Baker said.