Missing US Veterans in Ukraine Formed Bond Over Background

The U.S. State Department said it was investigating unconfirmed reports that Russian or Russian-backed forces captured two American citizens and possibly a third

Alex Drueke and Andy Huynh are both military veterans from Alabama, so it was natural that they formed a bond once they met in Ukraine, where each traveled separately with the intention of helping defend democracy against Russian invaders.

Both men are now missing after their group came under heavy fire in the Kharkiv region of northeastern Ukraine near the Russian border on June 9, leaving loved ones at home anxiously awaiting information about their whereabouts. The two families are in touch.

“The waiting is the hard part, but we always knew this was a possibility,” Shaw said.

The U.S. State Department said it was investigating unconfirmed reports that Russian or Russian-backed forces captured two American citizens and possibly a third. Anyone captured should be considered a prisoner of war and protected by guarantees of humane treatment and fair trials, said spokesman Ned Price.

“Anyone who is fighting with Ukraine’s armed forces should be treated as a POW even if Russia refuses to do that,” Price said.

If the unconfirmed reports are true, they would be the first Americans fighting for Ukraine known to have been captured since the war began.

Shaw said it's possible the two could just be lying low: She noted that the 39-year-old Drueke had extensive training and experience during two tours in Iraq, while Huynh, 27, served four years in the U.S. Marines. 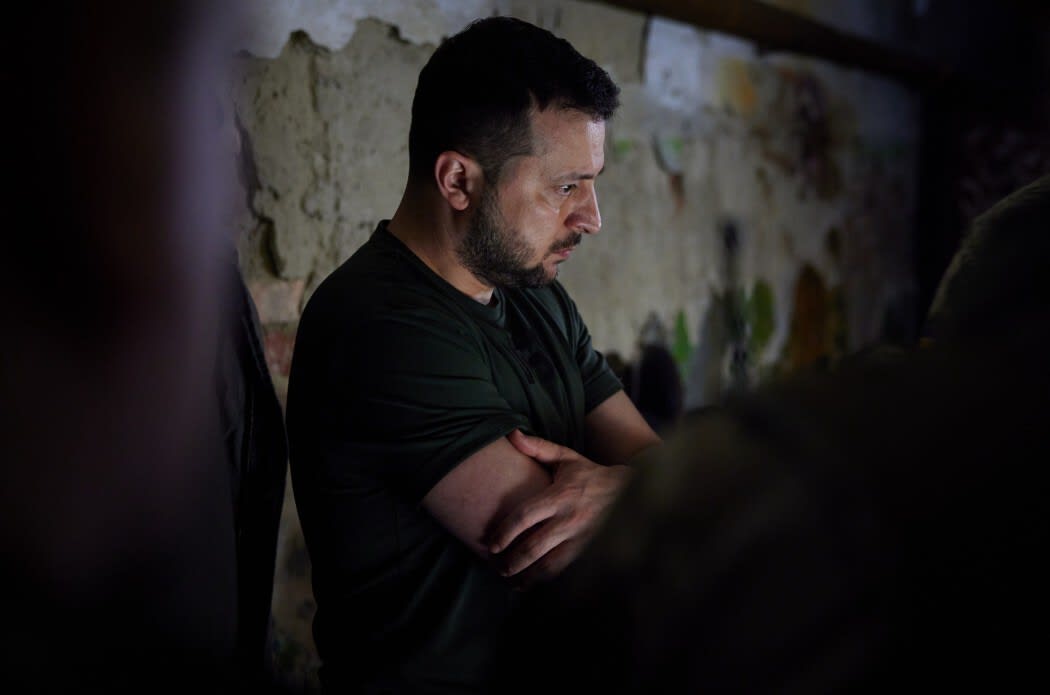 The West's Unity Over Ukraine Could Be Starting to Crack, Just as Russia's Invasion Gains Ground 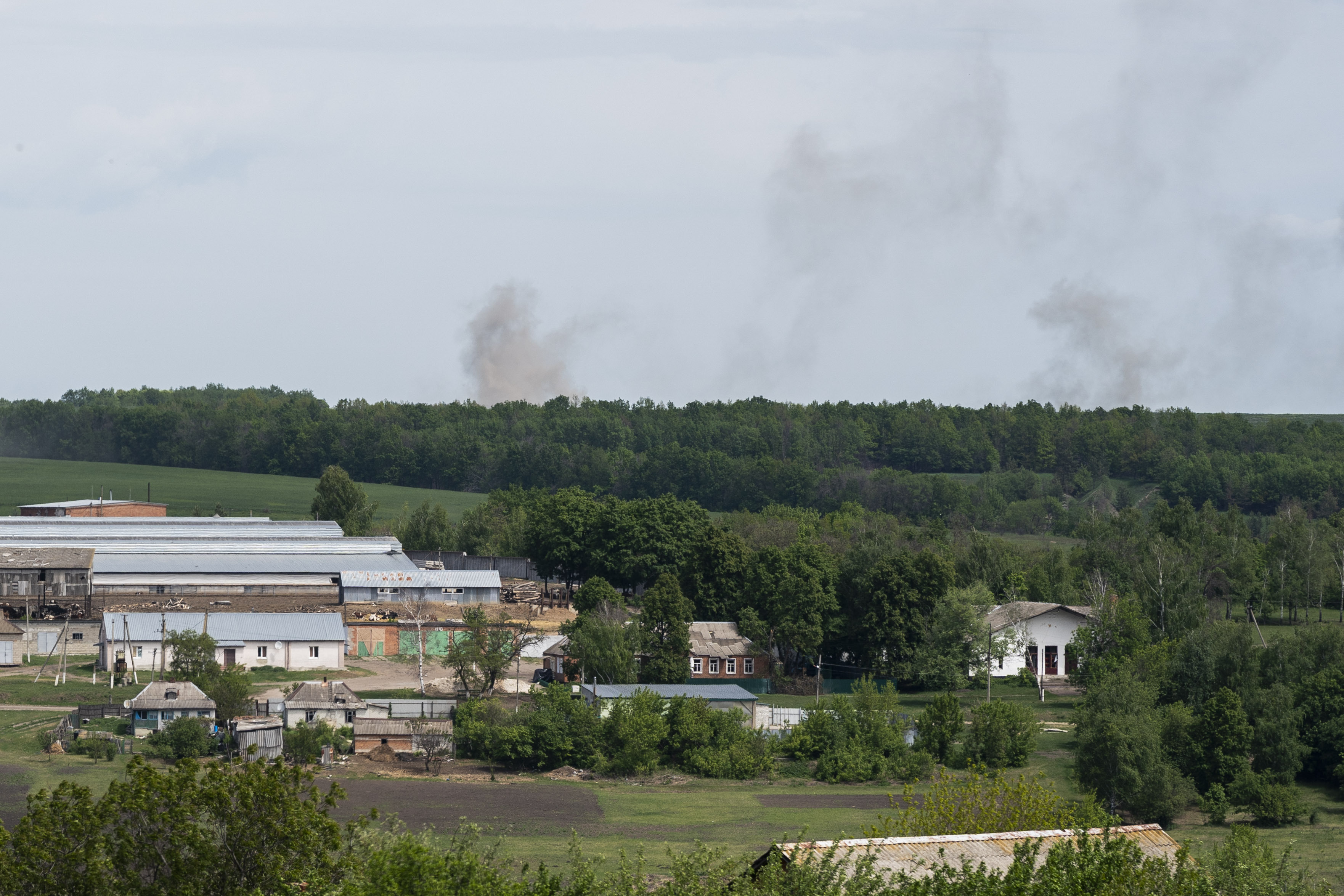 2 US Veterans From Alabama Reported Missing in Ukraine

“They know how to evade,” she said. “They might be doing just that.”

Russia hasn't confirmed any information about the men. The president of the separatist Donetsk People’s Republic, Denis Pushilin, said Thursday that “as of now, I don’t have such information and I cannot comment,“ according to the Interfax news agency. Pushilin spoke while attending the St. Petersburg International Economic Forum.

Huynh's fiancee, Joy Black, said she got a message from a soldier telling her that both men had missed their rendezvous point and were in an area that was hit “pretty hard.” Black, speaking in an interview with WAAY-TV, said she ran to her mother's room and fell on the bed sobbing.

“I am trying to stay strong for him to get this word out and to try to get him back home. I am not going to lie and say that it has not been really, really hard,” Black said.

It's unclear how many Americans have traveled overseas to assist Ukraine since fighting began in February but the number is believed to be in the hundreds, if not more.

Army veteran Harrison Jozefowicz, who quit his job as a Chicago police officer and traveled to Ukraine soon after Russia invaded, is now helping place volunteers in combat positions and coordinating supplies as head of a group called Task Force Yankee. Several hundred Americans serve in the International Legion of Defense of Ukraine, he said, and still more are assisting outside the force.

“In the volunteer world, the people who are here for the long haul are digging in and getting serious — buying warehouses, establishing permanent routes of logistics with dedicated drivers,” he said Thursday.

Shaw said her nephew joined the Army at age 19 after the terror attacks of Sept. 11, 2001, and he believed he could help Ukrainian fighters because of his training and experience with weapons. Drueke pondered whether to go for a few weeks, she said, and then made up his mind.

“He approached me and said, ‘I’m going to go to Ukraine.' I told him, 'For you, that makes sense,’” she said. “He is really compelled to defend democracy wherever that meant going."

Huynh moved to north Alabama two years ago from his native California and lives about 120 miles (193 kilometers) from Drueke. Before leaving for Europe, Huynh told his local newspaper, The Decatur Daily, he couldn’t stop thinking about Russia’s invasion.

“I know it wasn’t my problem, but there was that gut feeling that I felt I had to do something,” Huynh told the paper. “Two weeks after the war began, it kept eating me up inside and it just felt wrong. I was losing sleep. ... All I could think about was the situation in Ukraine.”

Drueke doesn't have a wife or children, his aunt said, and he liked the idea of traveling to help Ukraine so someone with more familial connections wouldn't have to. He left in mid-April and entered Poland legally before going to the border and being allowed into Ukraine, she said.

Now, Drueke's loved ones are in touch with the U.S. State Department, congressional offices or anywhere else that can help them find out what's going on.