Markle said on "Good Morning Britain" that the reason he continues to give interviews to the press is that he’s trying to get his estranged daughter's attention and re-establish contact.

Thomas Markle, father of the Duchess of Sussex, said the interview Meghan and Prince Harry gave to Oprah Winfrey was the first time he’s heard his daughter’s voice since the breakdown of their relationship.

Markle, who lives in Mexico, told ITV’s "Good Morning Britain" that the last time he was in contact with Meghan was during the controversy over staged photographs that created tensions between the two before her 2018 wedding to Harry.

“This is actually the first time I’ve heard her speak in four years,” Markle said. “The last time we spoke, we texted each other.” 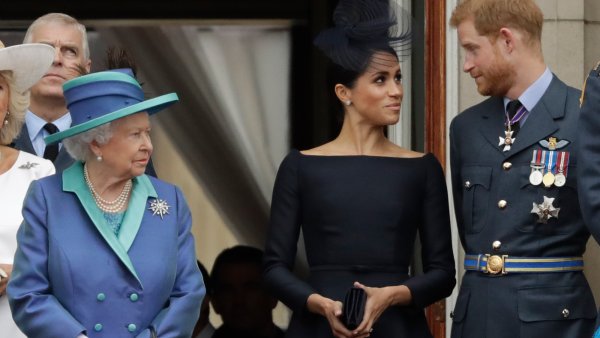 Markle said he regrets his estrangement from his daughter, and the reason he continues to give interviews to the press is that he’s trying to get her attention and re-establish contact.

“When they talk to me, I’ll stop talking to the press,” said Markle, whose interviews have fueled the tensions with Meghan.

Markle also said he has “great respect” for Britain’s royal family and he didn’t think they were racist. One of the most damaging moments of Harry and Meghan’s interview came when they said members of the royal family had expressed concerns about the color of their unborn son’s skin.

“The thing about what color will the baby be, I’m guessing and hoping it’s just a dumb question from someone. It could be that simple, someone asked a stupid question rather than being a total racist,” Markle said.

In an interview with Oprah Winfrey, Meghan, the Duchess of Sussex, shared that she and Prince Harry experienced racism while living in the royal household. The couple said their departure from the royal family was a decision made for their family’s mental health.