What Really Happened the Night Alex Murdaugh Was Allegedly Shot?

Murdaugh's attorneys released medical records they say show he was shot in the head on the side of a highway last month. But during a bond hearing 12 days after the alleged shooting, he had no bandage on his head or a visible wound

The attorney for prominent South Carolina lawyer Alex Murdaugh, who discovered his wife and son dead at their home this summer, said Murdaugh is resigned that he will serve time in prison for stealing millions of dollars.

But Murdaugh continues to insist he had nothing to do with their shooting deaths and regrets if his actions have hindered investigators trying to find who killed his wife, Maggie, and son Paul.

“He has indicated clearly that he is going to try to right every wrong – financial wrong – and others that he may have committed. Look, he’s reconciled to the fact he’s going to prison. He understands that. He’s a lawyer," Dick Harpootlian, Murdaugh's lawyer and a South Carolina state senator, said Friday on “Good Morning America.”

Murdaugh's former law firm — founded by his great-grandfather a century ago — has accused him of stealing possibly millions of dollars. State police are investigating.

On Thursday, Murdaugh was charged with taking insurance settlements meant for the sons of his housekeeper, who died more than two years ago. A lawsuit filed by the sons said Murdaugh took more than $4 million in that case.

Harpootlian's goal Friday was to release medical records that his lawyer said show Murdaugh was shot in the head on Sept. 4 on the side of a lonely highway after trying to arrange his own death so his surviving son could collect a $10 million insurance policy.

Like many developments in the case, that account has ended up in dispute and endless discussion online.

The Hampton County Sheriff's Office incident report initially said Murdaugh didn't have any visible injuries, but a corrected version released shortly after says there was a visible injury. Murdaugh himself called 911 after the incident and said he’d been shot in the head while fixing a flat tire.

In a court appearance where Murdaugh was being arraigned on insurance fraud and other charges 12 days after the shooting, he had no bandage on his head or a visible wound.

The man charged with shooting Murdaugh said in an interview on the "Today" show Thursday he was 1,000% certain Murdaugh wasn't shot. Curtis “Eddie” Smith said a month ago that he wasn't certain if Murdaugh was hit as they struggled for the gun. Smith has said he didn't know Murdaugh wanted to be killed until he met him on the road and the gun fired as he tried to wrestle it out of his friend's hand.

Smith's attorney, Johnny McCoy, said his client believes he was "set up."

Harpootlian again Friday called Smith a drug dealer who provided Murdaugh with opioids and other drugs that led to a crippling addiction.

“Eddie Smith is not telling the truth, and he has reasons not to tell the truth,” Harpootlian said.

Smith has adamantly denied being a drug dealer, saying he and Murdaugh were friends after the attorney handled his workers' compensation case.

Medical records mention a gunshot wound with blood on the brain and time spent in an intensive care unit during Murdaugh's two-day hospital stay.

When a medical helicopter arrived after the shooting, Murdaugh was sitting up and answering questions in full sentences, although he did complain of head pain and said he was temporarily blinded after the shot, according to four pages of records sent to The Associated Press.

"They did a CAT scan — skull fracture, bullet wound, brain bleed. Oxygen got into the brain. They had to put him in ICU," Harpootlian said on “Good Morning America.” 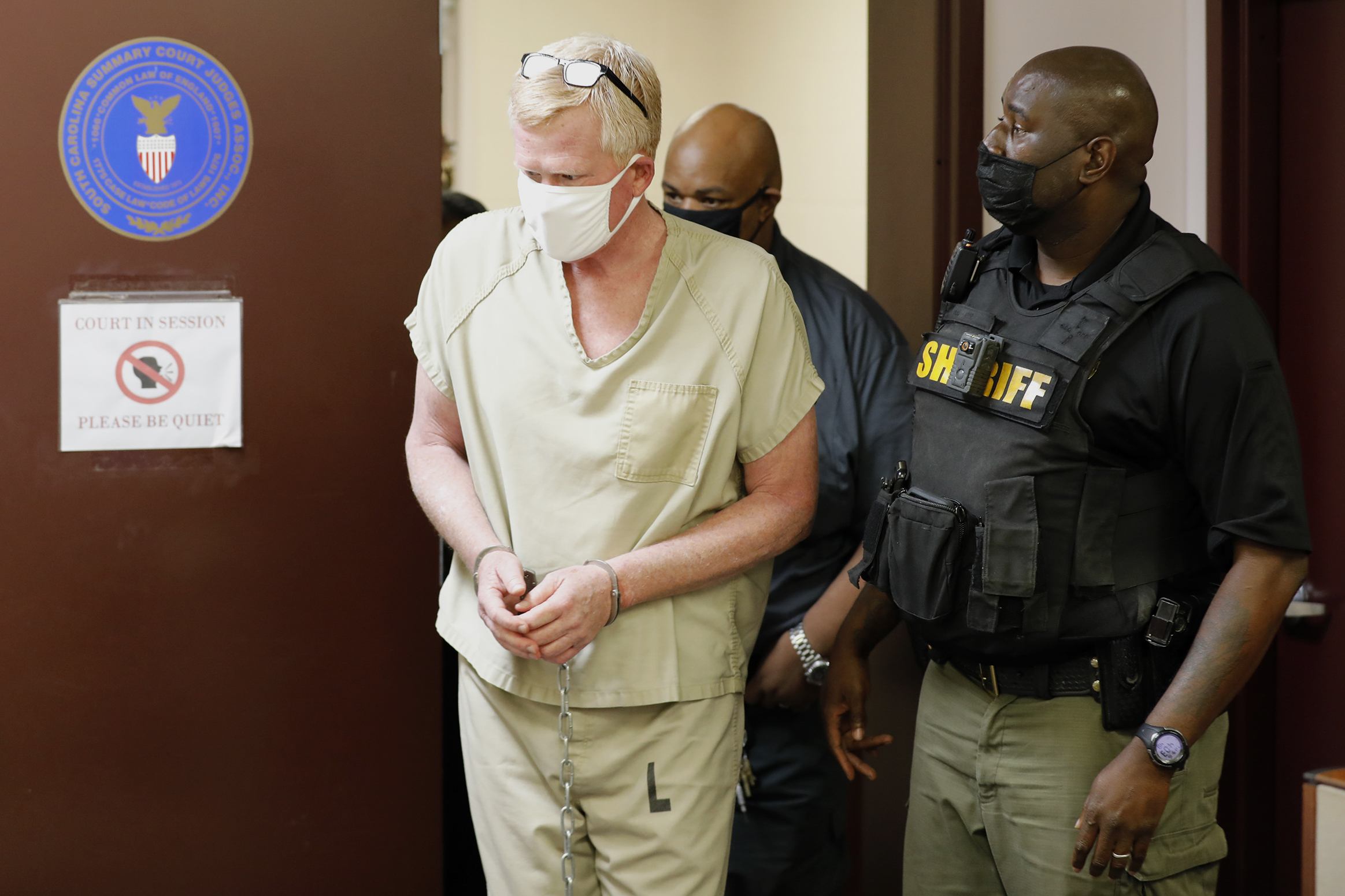 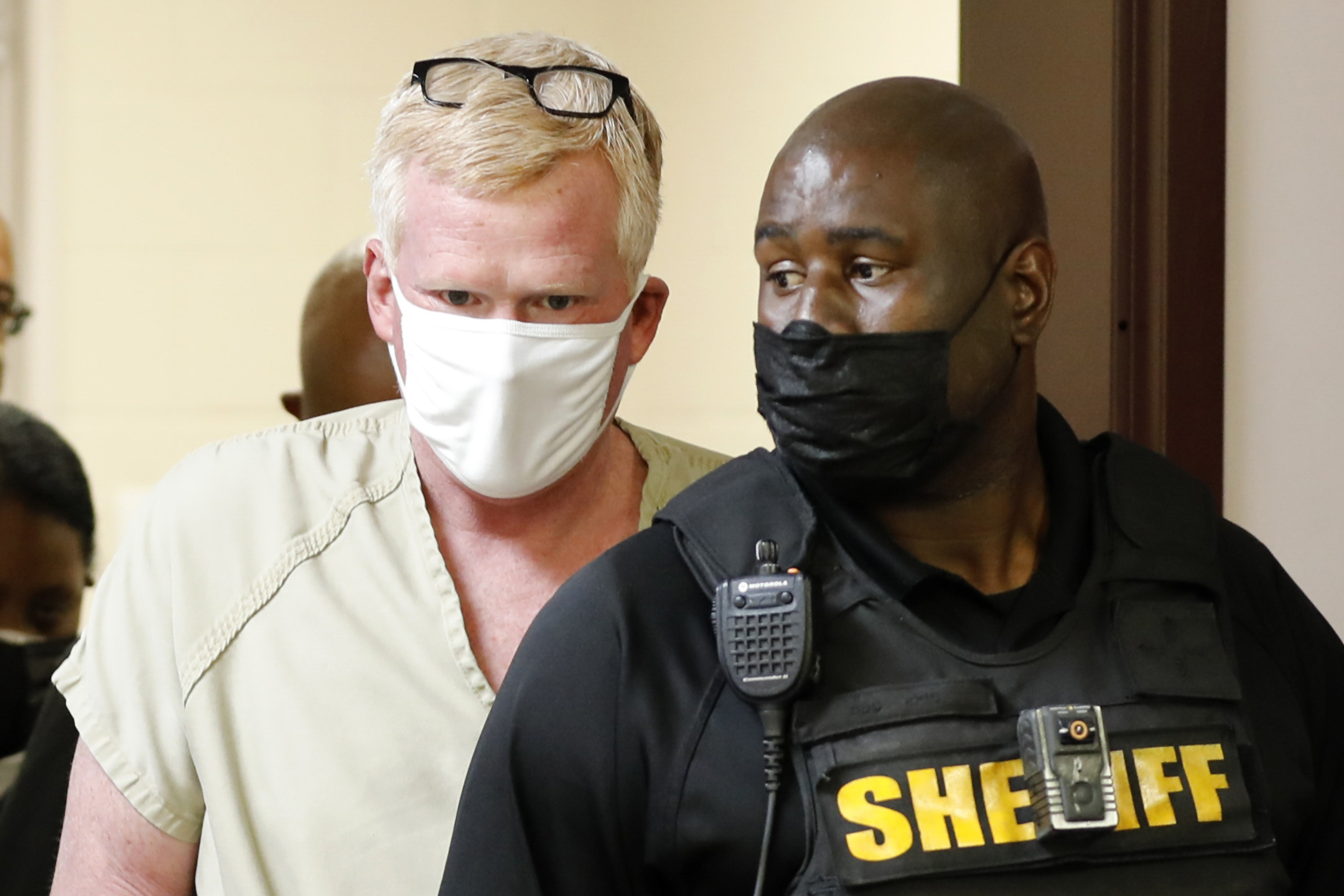 Murdaugh initially said he was checking a flat tire on his SUV when someone riding by shot at him, later changing his story to asking Smith to kill him, authorities said.

The scrutiny into Murdaugh's life started June 7 when he found wife Maggie, 52, and son Paul, 22, shot to deathoutside their Colleton County home. Their deaths remain unsolved.

Murdaugh, 53, woke up Friday in the Orange County, Florida, jail after South Carolina state police charged him with two felony counts of obtaining property by false pretenses related to insurance settlements meant for the sons of a housekeeper who died in February 2018 in what the family said was a fall at their home. A lawsuit by the sons estimates the stolen money at more than $4 million.

Murdaugh, arrested at a drug rehab center in Florida, waived extradition Friday and has a bond hearing on the latest charges scheduled for Tuesday in Columbia.

Along with the investigating into his wife and son's deaths, the roadside shooting, the missing law firm money and the insurance payments for the housekeeper's deaths, state police are also investigating whether Murdaugh has connections to a 2015 hit-and-run deathand whether he or other family members tried to obstruct the investigation into a boat crash involving Paul Murdaugh that killed a 19-year-old woman in 2019.

The Murdaughs have dominated the legal communityin their Hampton County home for nearly the past century. Murdaugh's father, grandfather and great-grandfather were elected prosecutors and the family founded and built a prestigious law firm known for suing railroads.

Associated Press writer Jeff Martin contributed to this report from in Woodstock, Georgia.