Hints of Mueller: How the Russia Probe Informs Democrats' Case on Impeachment

House Democrats announced two articles of impeachment against President Donald Trump on Tuesday that focus narrowly on allegations related to Ukraine, but the ghost of Robert Mueller appears to inform both.

The articles unveiled on Tuesday accuse the president of "high crimes and misdemeanors" by abusing his powers to pressure Ukraine into helping him get re-elected, and by obstructing Congress’ probe of his actions. The document released by House Democrats does not openly refer to the investigation by Mueller, the special counsel who found that Trump and his campaign welcomed Russian meddling into the 2016 election but did not find evidence that they coordinated with the interference. But there are echoes of the Russia probe when impeachment articles make two references to Trump’s past behavior toward foreign interference in elections.

Democrats had reportedly debated whether to include allegations that Trump also tried to obstruct the Mueller investigation before focusing only on Ukraine. 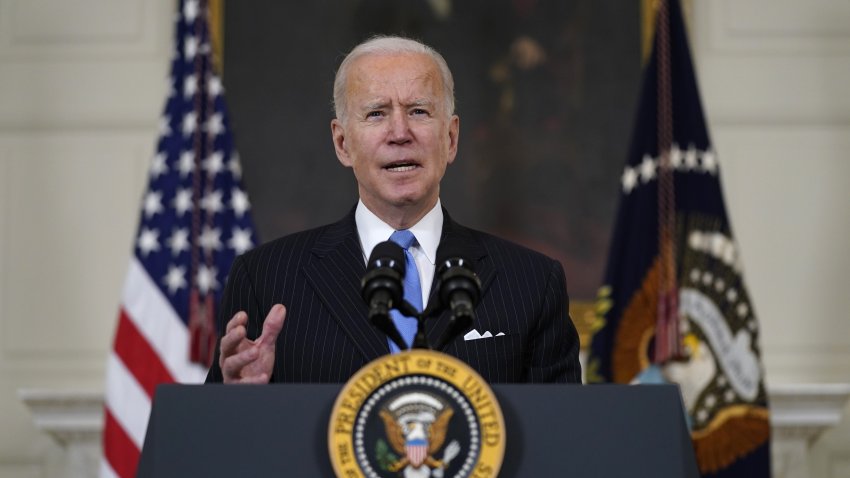 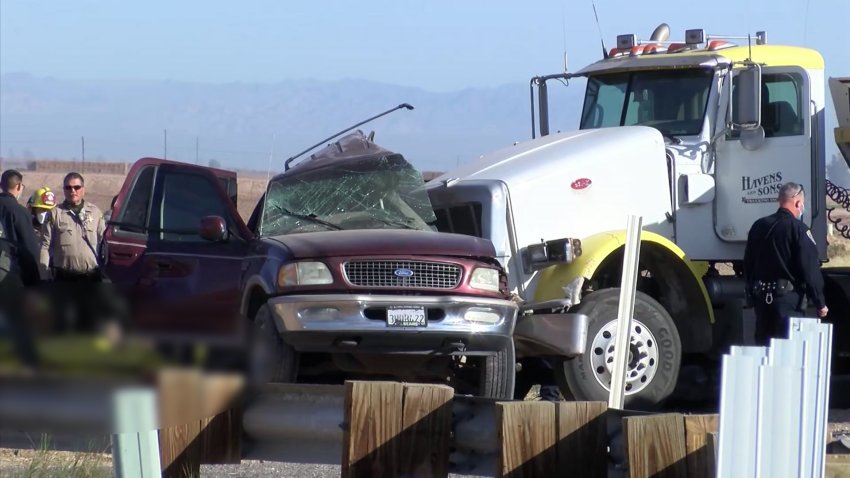 12+ Dead After SUV Carrying 2 Dozen Crashes With Semitruck in Calif.

Mueller’s report, released publicly in April, found insufficient evidence that the president’s campaign had coordinated with Russia and said that charging a sitting president with a crime was “not an option we could consider,” according to a decision from the Justice Department’s Office of Legal Counsel.

Still, he said that if his team had confidence that the president did not commit a crime, it would have said so and his report outlined 10 possible episodes of obstruction.

Martin Lederman, a professor at Georgetown University Law School and a deputy assistant attorney general in the Department of Justice’s Office of Legal Counsel from 2009 to 2010, said he thought it would have been fine to include some of the obstruction of election-related investigations included in the Mueller report or at least to refer to it a bit more expressly.

“But I can also see the value in keeping this very short and clear, and not reopening that debate,” he wrote in an email. “I don't think one choice is obviously preferable to the other.”

Neal Katyal, a former acting solicitor general and an outspoken critic of Trump, tweeted that Democrats had made the right move in narrowing the articles of impeachment, a position he takes in his new book, "Impeach."

But top Lawfare blog editors Benjamin Wittes, a senior fellow in governance studies at the Brookings Institution, and Susan Hennessey, a former attorney in the Office of General Counsel of the National Security Agency, had argued for the inclusion of one episode from the Mueller report.

That would be an article "describing how the president of the United States obstructed justice by directing White House Counsel Don McGahn to create a false internal record denying that the president had instructed him to have Robert Mueller fired as special counsel," Hennessey wrote on Lawfare on Dec. 9. Both tweeted Tuesday that not including it was an error.

Democrats did not address the Mueller report in announcing the articles of impeachment, but said they were forced to act now to prevent further wrongdoing. Rep. Adam Schiff, the chairman of the House Intelligence Committee, said that the House could not wait for more testimony or documents because that would amount to allowing Trump to cheat in one more election. House Speaker Nancy Pelosi tweeted before the release of the impeachment articles: "The President used the power of his office against a foreign country to corrupt our upcoming elections. He is a continuing threat to our democracy and national security."

What the Articles Say
The first impeachment article, Abuse of Power, argues that Trump used his office to solicit the interference of Ukraine in the 2020 presidential election to benefit his re-election and harm the prospects of a political opponent, former Vice President Joe Biden. Democrats charge that he wanted Ukraine to publicly announce investigations into Biden and into a discredited theory promoted by Russia that Ukraine — not Russia —intruded in the 2016 U.S. presidential election. He used as leverage $391 million in military and security aid and a coveted White House meeting, they say.

“These actions were consistent with President Trump’s previous invitations of foreign interference in United States elections,” the article says, in the document's first oblique reference to Mueller.

The second article, Obstruction of Congress, accuses Trump of “unprecedented, categorical, and indiscriminate defiance of subpoenas issued by the House of Representatives pursuant to its ‘sole Power of Impeachment.'” He directed the White House and other executive branch agencies to defy lawful subpoenas and withhold documents and records from House committees and not to cooperate with subpoenas for testimony.

Now, as when the Mueller report dropped, President Trump has claimed that he's done nothing wrong.

On Tuesday, he tweeted "WITCH HUNT!"