Their numbers have dwindled since protesters first flooded Louisville’s streets after police fatally shot Breonna Taylor in her home a year ago, but their push for justice has never waned.

A federal investigation of the shooting that has been quietly proceeding could be their last chance.

“We can’t expect people to continue to emotionally and mentally keep moving forward when there hasn’t been any justice yet for Breonna Taylor,” said Rep. Attica Scott, a state lawmaker who was tear-gassed and arrested during summer protests in the city. “We’ve been failed every single time from every level of government, and we need a freaking break.”

That could come in the form of the ongoing inquiry by the U.S. Department of Justice, which appears to have expanded well beyond the actions of the three police officers who fired their guns into Taylor's home on March 13, 2020. Last year, a grand jury formed by state Attorney General Daniel Cameron charged one officer with putting Taylor's neighbors in danger but issued no charges related to her death.

As the anniversary of Breonna Taylor’s death by Louisville police approaches, Kentucky State Rep. Attica Scott is hoping to pass a bill, know as Breonna’s Law, that would ban no-knock warrants in the state and add new police accountability measures. Scott joined LX News to make a case for why her bill is the best option to prevent another innocent Kentuckian from dying at the hands of police serving a warrant.

The warrant that sent the police to Taylor’s home was not part of Cameron's criminal investigation, but that document and how it was obtained are under review by federal investigators. And there are signs the investigation could range into the Louisville police response to protests after the shooting.

Taylor's death initially flew under the media radar, as the COVID-19 crisis shut down society, but George Floyd's death in Minnesota and the release of a chilling 911 call from Taylor's boyfriend in late May sparked interest in the case.

Months of protests, police reforms and investigations followed. The city banned controversial “no-knock” warrants, hired a new police chief and paid a $12 million settlement to Taylor's mother. Two of the officers who fired shots were dismissed from the department, along with a detective who sought the warrant.

Through it all, protesters continued to chant, “Arrest the Cops!” But that hasn't happened.

An anonymous grand juror in the Breonna Taylor case has revealed that the jury was never asked to consider charges directly linked to her death. Attorney Michael Starr Hopkins joined LX News to discuss what may come next in the case, and said more charges against the police officers involved in her shooting are still possible.

The federal investigation into her death will be “slow and methodical,” experts said, examining everything from what the officers may have been thinking that night to how they were trained leading up to the shooting.

“The civil rights investigation will turn the whole situation upside-down,” said Cynthia Deitl, the former head of the FBI's civil rights unit who has overseen similar police shooting probes. “You look at everything — everything the officers ever learned.”

“It takes time to build a case against police officers,” Deitl said.

She said a change in administrations in Washington wouldn't have an effect on the officials who are leading the case.

After Taylor's front door was breached by officers, her boyfriend fired his gun once, saying later that he feared an intruder was entering the apartment. One officer was struck, and he and two other officers fired 32 shots into the apartment, striking Taylor five times. 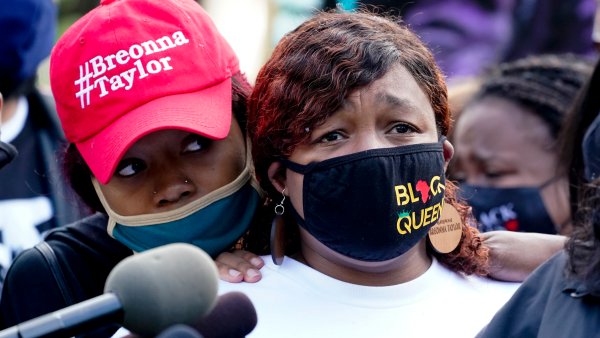 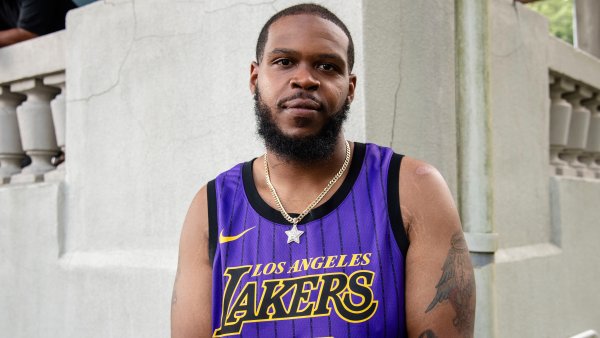 The FBI has declined to comment on specifics of the investigation, but there are signs that other actions by the Louisville Metro Police Department have drawn their attention. That includes the response to citizen protests, especially in late May and early June when the city was under a curfew and officers patrolled the streets in force.

FBI agents have interviewed a local TV reporter who was struck with pepper balls fired by Louisville police during Taylor demonstrations in early summer.

They also have interviewed witnesses to the shooting death of West Louisville eatery owner David McAtee, who was killed by a National Guard member after Louisville police sprayed his customers with pepper balls during a curfew prompted by protests. McAtee fired two shots from his gun before he was shot dead.

Steve Romines, a lawyer who is suing Louisville police on behalf of McAtee’s family, said he didn’t know if federal investigators' witness interviews were part of a larger investigation tied to Taylor or a separate probe.

Despite disappointment with the grand jury outcome, there is “cautious and guarded hope” that the federal investigation could bring some measure of justice, community activist Christopher 2X said.

The FBI’s Louisville office has declined to provide details of the federal investigation into the Taylor shooting while it is ongoing.

But on a July conference call with an AP reporter and others organized by 2X, Robert Brown, Louisville FBI’s special agent in charge, said investigators would look “at all aspects of it, where the facts that led up to this, the actual incident and things that might have occurred afterwards.” Civil rights violations by individuals acting in an official capacity, like police officers, can bring up to a life sentence in prison upon conviction, according to the Justice Department.

Cameron, the Kentucky attorney general, has confirmed that federal investigators were looking at how the warrant was obtained.

Two of the Louisville officers, Myles Cosgrove and Brett Hankison, who fired guns during the March 13 raid have been dismissed, along with Joshua Jaynes, the detective who sought the warrant and later acknowledged that it contained false information. The third officer, Jonathan Mattingly, who was shot in the leg by Taylor's boyfriend during the raid, remains with the department.

Jaynes may face scrutiny for a false line in the warrant that he wrote for Taylor's apartment. The detective said he confirmed with a U.S. postal inspector that a suspected drug dealer was receiving packages at Taylor's home. He later admitted he didn't contact the postal service.

In a response to a civil lawsuit filed by Taylor’s boyfriend, Jaynes said he made an “honest mistake” and did not knowingly break the law.

A recent internal investigation of the Louisville Police Department by a consulting firm found numerous problems with Louisville's warrant process. It said supervisors generally approved probable cause statements in search warrants “without performing an in-depth review” of the content.

After months of waiting for a decision in the case of Breonna Taylor’s death by police shooting, former Louisville cop Brett Hankison was charged with "wanton endangerment" for firing rounds that also entered a neighbor’s apartment. Criminal defense attorney Brian Butler breaks down what this means and what lies ahead for this controversial case.

Proving that Jaynes and other officers were aware they were violating Taylor's or others' civil rights will be key to a conviction in a federal case, Deitl said.

It's a high standard.

“The feds have to prove that the officer knew what he was doing, knew it was wrong and did it anyway,” Deitl said.

That can lead to long-term investigations that sometime last years.

“It’s frustrating for the public, but what I always try to tell the victim's family is: I know you’re antsy; I know you want an answer from us today,” Deitl said. “But what you really want is an honest and truthful and very thorough investigation, and that’s going to take time.”