President Joe Biden on Thursday misstated the reality at the U.S.-Mexico border when he asserted that “nothing has changed” when it comes to the number of children coming to the United States since his predecessor, Donald Trump, was in office. The numbers are up since Biden became president on Jan. 20.

In his first presidential news conference, Biden also offered a misleading account of who's getting the most benefits from the Trump tax cuts.

A look at Biden's remarks:

BIDEN, asked about the increase in immigrant children crossing the border: “Truth of the matter is nothing has changed. As many people came — 28% increase in children to the border in my administration; 31% in the last year in 2019, before the pandemic — in the Trump administration. It happens every single solitary year. There is a significant increase in the number of people coming to the border in the winter months of January, February, March. It happens every year.”

THE FACTS: The president erred. Unaccompanied immigrant children have come to the border in higher numbers than what he said.

According to statistics published by U.S. Customs and Border Protection, authorities encountered 9,457 children without a parent in February, a 61% increase from January, not 28%. The numbers of unaccompanied children did rise 31% between January 2019 and February 2019.

Asked about Biden’s statement, the Homeland Security Department pointed to figures for all border crossings, including adults and families traveling together. There was a 28% rise in all encounters with migrants between January and last month, compared with 31% between the same months in 2019. But Biden specifically noted a rise “in children.”

Biden correctly noted seasonal trends in migration and a tendency in many years for border crossings to increase before the hot summer months. But while he tried to play down his inauguration as a reason many children and teenagers have decided to migrate to the U.S., migrants interviewed by The Associated Press have expressed hope that the country would be more permissive to migrants under Biden than under Trump.

BIDEN on Republicans who contend his pandemic relief package is too expensive: “Do you hear them complain when they passed (a) close to $2 trillion Trump tax cut, with 83% going to the top 1%? Do you hear them talk about that at all?”

THE FACTS: That's misleading. The tax cuts passed under Trump disproportionately favored the top 1%, but not nearly as much as Biden and many Democrats claim.

Biden can cite his figure because many of the Trump tax cuts for families and individuals will expire, unless Congress extends them. If they expire as scheduled, 83% of the tax cuts that remain in place will go to the top 1% of earners in 2027, according to an analysis by the Tax Policy Center.

But’s it’s not the case that the highest 1% of income earners are getting 83% of the benefits now or over the next several years. Biden is expected to propose a corporate tax increase that would undo a lot of what Trump achieved in his 2017 overhaul. 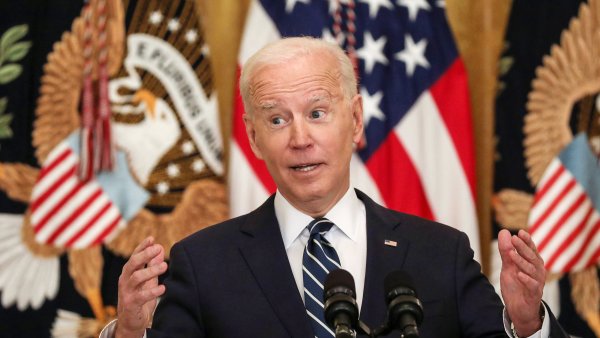 Biden Not Ruling Out Chance US Stays Longer in Afghanistan 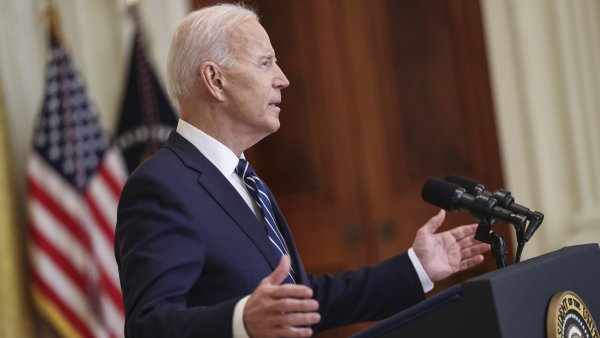 BIDEN, pitching big spending for airports and other infrastructure: “I mean, look, the future rests on whether or not we have the best airports that are — can accommodate air travel.... Aviation, 20% of all flights — 20% of all flights weren’t on time, resulting in 1.5 million hours lost in production.”

THE FACTS: He’s placing too much blame for late flights on infrastructure. Flight delays are much more often the fault of airlines themselves, and that trend has been growing for years.

In 2020, for instance, 71% of flight delays were due to circumstances within the airlines' control, such as crew or baggage loading problems, or because of the previous flight arriving late, according to the federal Bureau of Transportation Statistics. About 22% were due to a “national aviation system delay,” which does include infrastructure problems, such as not enough terminals, gates or ramps. Extreme weather or security problems accounted for the remaining delays.

A decade prior in 2009, national aviation system problems accounted for a bigger chunk of flight delays, about 31%, compared with 64% due to airline problems.

That said, a civil engineers report card recently scored aviation infrastructure a dismal D+ due to shortages in capacity.

Joe Biden will hold his first formal press conference since taking office today – the longest a new president has gone without one in 100 years in 64 days. He is expected to face questions on a slew of current U.S. crises: immigration, gun violence, and the pandemic.