The former Minneapolis police officer charged with murder in George Floyd’s death said Thursday that he won’t testify in his own defense, invoking his right to remain silent and leave the burden of proof on the state.

It was a high-stakes decision. Taking the stand could have helped humanize Derek Chauvin tojurorswho haven't heard from him directly at trial, but it could also have opened him up to a devastating cross-examination.

“'We have gone back and forth on the matter' would be kind of an understatement, right?” defense attorney Eric Nelson asked Chauvin in court, without the jury present.

“Yes it is,” Chauvin replied.

"People are tired" of seeing police violence, attorney Michael Starr Hopkins says as Derek Chauvin's trial in George Floyd's death continues, after Daunte Wright was killed in a Minnesota police shooting that sparked protests. "No one should be getting a death penalty in the streets of America," Starr Hopkins added.

Chauvin is charged with second- and third-degree murder and manslaughter. Here's a look at some of the issues that likely went into Chauvin's decision not to take the stand:

Images from bystander video of Chauvin pinning Floyd to the pavement, his face impassive, have been played nearly every day at trial and are likely seared into the minds of many jurors.

The face mask Chauvin has been required to wear in court because of the pandemic has hidden any possible display of emotionduring testimony. Taking the stand would have given him a chance to explain the video and show another side, maybe giving the jury a reason to convict him only of manslaughter.

“He has nothing to lose, given that that video is so damaging,” Phil Turner, a former federal prosecutor in Chicago, said earlier this week. “You’ve got to get up there and give an explanation. It’s a no-brainer.”

Multiple witnesses and video evidence have shown Chauvin pinning Floyd for almost 9 1/2 minutes, well beyond the time Floyd stopped moving and a fellow officer said he could not find a pulse.

A toxicologist who took the stand in Derek Chauvin's murder trial said George Floyd had less fentanyl in his system than 94% of DUI cases. That's a boost to the prosecution after Chauvin's defense sought to mention other potential causes of death besides the knee on Floyd's neck. Criminal defense attorney Keith Lamar Jr. weighs in.

COULD TESTIFYING HAVE HURT CHAUVIN'S CASE?

Definitely. Answering sympathetic questions from his own lawyer wouldn’t have been a problem. But cross-examination could have increased his odds of conviction. Prosecutors could have played the bystander video of Chauvin, who is white, pinning Floyd — a Black man — and paused it every few seconds to ask why he stayed on top of Floyd.

As the defense developed its case — through cross-examination of the state’s witnesses and its own witness testimonies — the need for Chauvin to testify faded, Minnesota defense attorney Mike Brandt said.

Chauvin surely would have been subjected to a “very thorough, probing and brutal” cross-examination from the prosecution, Brandt said. 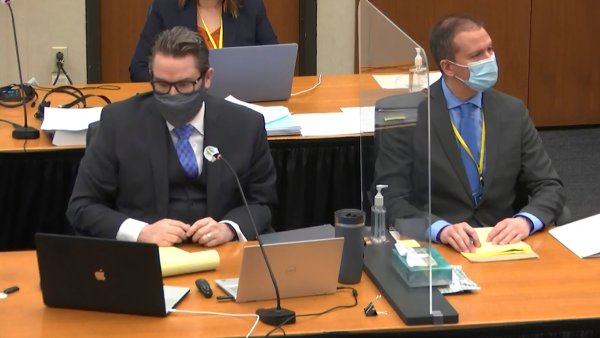 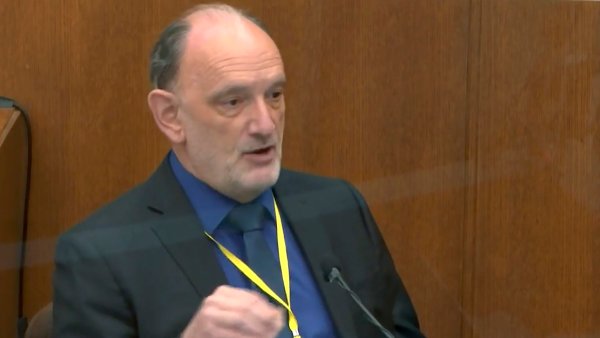 WAS CHAUVIN LIKABLE ENOUGH TO TESTIFY?

Most lawyers want to be sure jurors will like their clients before putting them on the stand.

“Chauvin doesn’t come across as a warm and pleasant person. And jurors want to see a caring and empathetic person. That is the one big liability: If jurors don’t like Chauvin, his fate is sealed,” Brandt said.

As prosecutors and the defense in the Derek Chauvin trial argue about what killed George Floyd, outside attorney Darryl Exum believes Chauvin ought to testify. "I think he does not get near an acquittal" without doing so, Exum said.

WHAT COULD CHAUVIN HAVE SAID IN HIS DEFENSE?

The U.S. Supreme Court has ruled that officers' actions that lead to a suspect’s death can be legal if the officers believed their lives were at risk — even if, in hindsight, they were wrong. Only Chauvin could speak to what he was thinking that day, Turner said.

Chauvin could have told jurors he's not a doctor and couldn't have known Floyd was dying, said Turner. He could have said he kept his knee on Floyd because, from his experience, he knew larger suspects were capable of breaking free and posing a threat.

His lawyer could have had Chauvin testify that he was worried about Floyd’s well-being, and he might have said he wasn't pressing hard on Floyd's neck, despite expert testimony that calculated half his body weight plus gear was on Floyd at least part of the time.

Dr. Martin Tobin, world-renowned pulmonologist, testified at the murder trial of former police officer Derek Chauvin that overall health was not a factor in the death of George Floyd. “Any healthy person subjected to what Mr. Floyd was subjected to would have died as a result of what he was subjected to.”

WHAT WERE THE ODDS HE WOULD TESTIFY?

Not good. Greenberg said lawyers at murder trials typically don’t want their clients to testify. In more than 100 murder trials, he said fewer than 10 of his clients took the stand.

“When defendants do testify, it is usually a Hail Mary pass” by a desperate defense that believes it has slim chance of acquittal on any charges, Greenberg said.

DID JURORS WANT TO HEAR FROM CHAUVIN?

Cahill questioned Chauvin to make sure he understood the ramifications of not testifying, and that the final decision was his and not Nelson's. Chauvin affirmed his decision to remain silent was voluntary.

The judge also read Chauvin the instruction he intends to give the jury on a defendant's right not to testify:

Chauvin agreed to that instruction.

But legal experts widely agree that many jurors interpret a defendant’s silence as evidence of guilt.

A police lieutenant called to the stand in Derek Chauvin's murder trial said he would never kneel on someone's neck. It helps build the idea Chauvin was operating "well outside anything that police officers would recognize as normal or appropriate behavior" when he knelt on George Floyd's neck before Floyd died, says UC Berkeley law professor Jonathan Simon.