Dove Cameron and Thomas Doherty Split After 4 Years Together

The actress confirmed on social media on Friday, Dec. 11 that the pair had broken up in October after four years of dating

Dove Cameron and Thomas Doherty have called it quits.

The actress confirmed on social media on Friday, Dec. 11 that the pair had broken up in October after four years of dating.

"hi all," she tweeted. "In October, @thomasadoherty and I decided to part ways. The decision was incredibly difficult, but we still have love for each other, and will remain friends. Thank you for allowing us our privacy in this time."

The 24-year-old "Liv and Maddie" alum also posted about the split on her Instagram Story on Friday, where she acknowledged that there had been public speculation that the relationship was over.

US Economy 10 hours ago 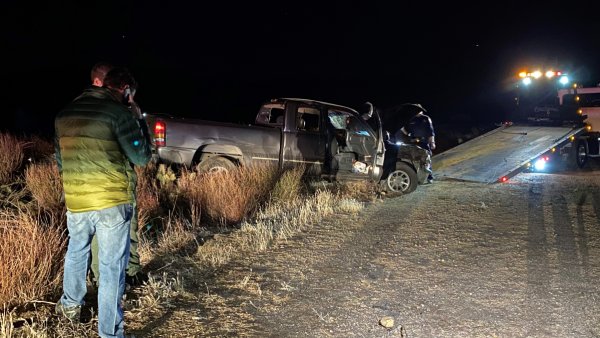 13 Passengers in Pickup Truck Hurt From Crash After Border Patrol Pursuit in Calif.

"We know there have been some rumors and confusion lately about the status of our relationship and we wanted to set the record straight," she wrote.

The pair started dating in December 2016 after connecting while shooting the Disney Channel's "Descendants 2," which premiered in July 2017.

She marked their one-year anniversary by posting a pic to Instagram on Dec. 8, 2017, of the two kissing while she wrapped her legs around him. "one year ago today," she captioned it at the time.

In February 2020, Cameron told E! that the Scottish actor had quickly declared his love for her shortly after she and ex Ryan McCartan had called off their engagement in 2016.

"At the time I had just broken up with my fiancé--for truly completely unrelated reasons--and I was like, 'This is not going to end well, even if I am interested in this guy in any sort of real way. This not the time for this.' And so, I avoided him like the plague," she said. "I really tried to fight it and it was him who did not try to fight it. And he told me...one of our first conversations, he told me he was falling in love with me."