It has been a turbulent past few days for Southwest Airlines.

Travel troubles continue for the Dallas-based carrier, as flight delays and cancellations created a domino effect at airports across the country.

Since Friday, Southwest has canceled well over 2,000 flights coast to coast. CNBC airline reporter Leslie Josephs said deciding exactly who or what to blame isn’t an easy answer but staffing issues are a major part of the problem.

“They apologized for it, but they have affected the travel plans of tens of thousands of customers,” she said. “Their schedule on Sunday was the highest number of flights they’ve had since April 2020.”

She said it’s forced the airline to look ahead at staffing to prevent this from happening again.

“They’ve been criticized somewhat for not having enough of a cushion and even some self-criticism," Josephs said. "They know that they need to have more of a backup.”

There's talk of staffing issues as industry experts believe there are bigger-picture problems happening for the airline industry.

As of Tuesday, the delays and cancellations were at a much lower rate, with numbers improving throughout the morning, according to FlightAware.

At its worst on Sunday, 1 out of 4 Southwest flights didn't take off, leaving passengers stuck in airports across the country.

Over the holiday travel weekend, it got so bad that one man in Austin said he paid $200 for a rideshare back home. Another said an Uber to Amarillo was too far, so he rented a U-Haul.

"They said, well we don't have any trucks or vans but we have this 10-foot moving truck you can take. So I said, I'll take it," traveler Paul Proffer said. "It was the first time I felt like we live in the U.S. and we're trapped."

There’s been no shortage of frustrated Southwest Airlines passengers at Dallas Love Field.

“Over the past six weeks I’ve taken probably 10-12 flights and I think all but two of those have been delayed by at least an hour,” Southwest passenger Whitney House said.

Erica McCullom said it was her first businesses trip since before the start of the pandemic and it did not go as planned.

While cancellations and delays improved at Love Field and beyond throughout the day on Tuesday, Josephs said there could be another challenge in the weeks and months ahead.

“It’s sort of a reversal of that they saw last year when they needed so many people to take leave and now they have to do the more painful process of getting them back,” Josephs said.

Josephs said while some employees, even CEO Gary Kelly have been outspoken against vaccine mandates, there’s no indication there was a planned walkout in response.

Whatever the case, passengers are fed up.

“They’re wrong,” McCullom said. “They need to get it together.”

Southwest has since issued a huge apology to customers. Below is the statement in full.

"Southwest Airlines extends a tremendous apology to our customers and employees for the flight cancellations and delays which occurred over the weekend and on Monday. On Friday evening, the airline ended the day with numerous cancellations, primarily created by weather and other external constraints, which left aircraft and crews out of pre-planned positions to operate our schedule on Saturday. Unfortunately, the out-of-place aircraft and continued strain on our crew resources created additional cancelations across our point-to-point network that cascaded throughout the weekend and into Monday.

Southwest teams have been working diligently to restore stability to the network, and we are experiencing less disruptions on Monday. We hope to restore our full schedule as soon as possible. As a note, the operational challenges were not a result of southwest employee demonstrations.

To every customer that experienced a cancellation or delay, southwest offers our sincerest regret regarding disrupted travel plans, and we look forward to a future opportunity to demonstrate our safe, reliable, friendly, and legendary southwest hospitality – something that customers should always expect from Southwest Airlines. If customers require assistance from Southwest, they can utilize one of the airline’s self-service options for convenience or contact us via one of the methods listed on Southwest.com."

The airline blamed disruptions on both air traffic control issues in Florida and bad weather in that region. That caused a ripple effect in the already air-tight schedule they created for their crew.

"With fewer frequencies between cities in our current schedule, recovering during operational challenges is more difficult and prolonged," Southwest clarified in another statement. 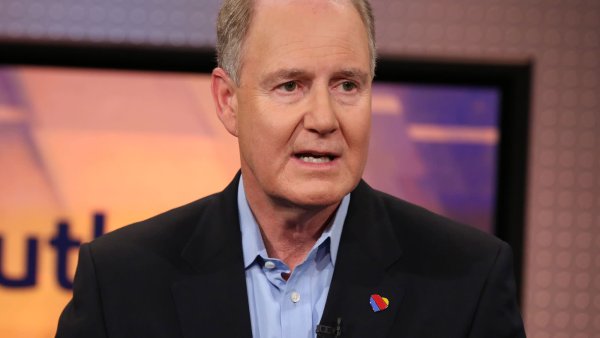 Travel experts were quick to point out that American, Delta, JetBlue, Frontier and Spirit all have sizable operations in Florida and they didn't report those issues, nor did they have significant cancellations.

The Federal Aviation Administration even issued a rare statement saying no FAA air traffic staffing shortages have been reported in the Florida area since Friday.

Despite rumors, Southwest assured there was no pilot walkout.

On Monday, both the airlines and its pilot association said a recent requirement by the airline for pilots to be vaccinated by December did not play any role in the cancellations.

A statement by the Southwest Airlines Pilots Association elaborated on the rumors:

“There are false claims of job actions by Southwest pilots currently gaining traction on social media and making their way into mainstream news. I can say with certainty that there are no work slowdowns or sickouts either related to the recent mandatory vaccine mandate or otherwise. Under the RLA, our union is forbidden from taking job action to resolve labor disputes under these circumstances. SWAPA has not authorized, and will not condone, any job action,” the union said.

The union also said the travel headaches were caused by poor planning.

"SWA has claimed that the immediate causes of this weekend’s meltdown were staffing at Jacksonville center and weather in the southeast U.S., but what was a minor temporary event for other carriers devastated southwest airlines because our operation has become brittle and subject to massive failures under the slightest pressure,” the union said in a statement online.

Rick Seaney, a travel expert and CEO of Dallas-based travel data analytics company 3Victors, said weather and other hiccups have always caused delays and cancellations historically, but have seemingly gotten worse as more airlines merge over the years.

“Even pre-pandemic, we would’ve seen 15% to 20% delays and cancellations on a given day because of a storm that occurs and it rolls all the way through the system. That’s what happens a lot because we’ve gone through almost 13 years of consolidation of airlines," he said. “And of course, when you have a backdrop of COVID and resource shortages, it makes it doubly worse than it would’ve been."

Seaney said because of the severe staffing shortages happening across the airline industry, it doesn't take much to disrupt an already tight system.

“Unfortunately, it’s just not as easy to bring in a new flight and bring in a new crew when you’re already stretched to the max on perfectly scheduling your crews, perfectly scheduling your pilots and making sure your aircraft is getting the proper maintenance," said Seaney. “It’s a complicated business right now and not for the faint of heart. For the most part, I think the airlines have done a pretty good job. And part of that is because we’re about 80% of where we were pre-pandemic. If it gets up to 100% and we still have his resource shortages, it will be really difficult."

Seaney warned that things could be much worse if it wasn’t for business travel and international travel demand still sitting at very low levels compared to pre-pandemic data.

"If we just had a supply chain shortage is outside of COVID with these kinds of resource issues, it would be a nightmare, to be honest. In fact, they probably would be forced to cut schedules because of resource shortages if it were back to full volumes,” he said. “The nice thing is [business and international travel] should grow gradually as we go over the next couple of years and hopefully that's enough time to get the supply chain labor shortage issue sorted out."

Seaney said being ready for travel woes is just the name of the game for this holiday travel season. With airlines adjusting schedules to accommodate the staff they have, there are fewer frequencies between cities and less wiggle room when weather and other problems pop up.

“Honestly, if anyone’s been to a dealership trying to see a car in the last three or four months, they know what supply chain issues are occurring. And those same things occur with resources in the flight business. Mechanics, flight attendants, pilots, etc. We’ve seen a few things exacerbated by resource shortage," he said.

For now, Southwest says it is still trying to rebuild its schedule so there might be some hang-ups to some destinations as everything continues to unravel from the weekend.

The airline has already said it would trim its fall schedules to avoid cancellations and delays that plagued its operation during the summer. Now the carrier is weighing whether it needs to cut more going into the holiday season.

Be prepared for delays and possible cancellations to continue through Tuesday.