41-year-old Luke Coffee, a Dallas-area actor, was identified using photos and videos taken at the U.S. Capitol on Jan. 6

A Dallas area native who allegedly used a crutch to assault police officers while storming the U.S. Capitol last month is set to appear in court on Friday, the FBI says.

Luke Coffee, 41, surrendered to authorities in Dallas on Thursday.

Coffee, a professional actor, is at least the ninth person in North Texas to be arrested in the Jan. 6 riot following a rally by former President Donald Trump. It happened as Congress was certifying the presidential election results. 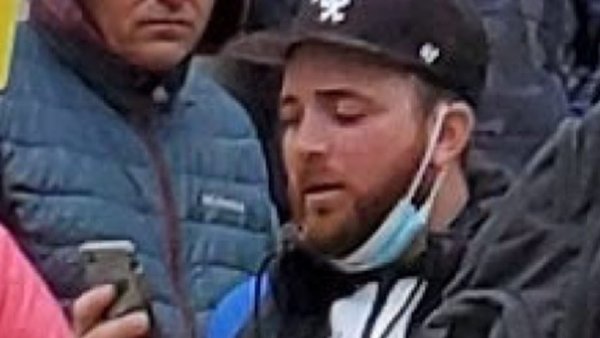 Ex-Girlfriend Leads FBI to Capitol Riot Suspect Who Called Her a ‘Moron' in a Text: Feds 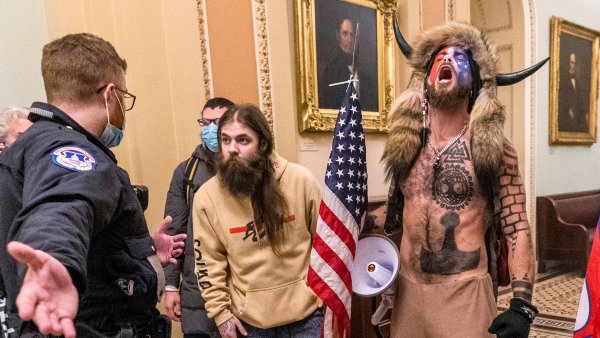 According to a criminal complaint, Coffee wore a brown hat, camouflage clothing, and a blue bandana, and he allegedly wielded a crutch as he attempted to push his way into the U.S. Capitol on Jan. 6.

Photos of Coffee recorded on an officer's body-worn camera and security surveillance cameras were included in the criminal complaint as evidence in the case.

According to the criminal complaint, while storming the U.S. Capitol on Jan. 6, Coffee climbed up the steps to the Lower Terrace entryway and turned toward the crowd to make several statements.

The complaint alleges that after proceeding into the entryway, Coffee was involved in an altercation with Washington D.C. Metropolitan Police Department and U.S. Capitol Police Officers.

According to the complaint, Coffee retrieved a crutch from the top of the stairs, which he held over his head as he faced the crowd.

Coffee then used the crutch to push through the line of MPD and USCP officers at the Capitol Building.

According to the complaint, Coffee charged at the officers while "holding the crutch in a more aggressive manner."

The complaint alleges that, based on footage from officers' body-worn cameras, Coffee, "intended to further use the crutch as blunt object weapon by positioning the crutch directly toward the officer’s upper chest/head area."

According to the criminal complaint, FBI agents conducted an interview with Coffee on Jan. 13, during which Coffee admitted being present at the U.S. Capitol on Jan. 6 and informed agents that he had been wearing a brown hat and held a crutch over his head while at the Capitol.

Coffee told agents that he, "did not engage in any type of physical confrontations with the police while at the Capitol Building," according to the complaint.

Coffee informed the agents that he returned to Dallas on or about Jan. 7.

The complaint states that FBI Washington Field Office published multiple "Seeking Information" posters with photographs of individuals who participated in the riot at the Capitol Building.

After publishing one of these posters on Jan. 16, the FBI received several tips identifying one of the individuals pictured as Luke Coffee, the complaint alleges.

According to the criminal complaint, the FBI identified Luke Coffee using pictures and videos posted to social media, Coffee's driver's license, and pictures and videos recorded on officer's body-worn cameras and security surveillance cameras at the U.S. Capitol on Jan. 6.

As of Feb. 26, according to the George Washington University Program on Extremism, federal charges have been filed against more than 254 people associated with the riot, including North Texans Garret Miller, of Richardson; Larry Rendall Brock, of Grapevine; Nolan Cooke, of Savoy; Jennifer Leigh Ryan, of Frisco; Guy Wesley Reffitt, of Wylie; Troy Anthony Smocks, of Dallas; Nicholas DeCarlo, of Burleson; Daniel Goodwyn of Corinth; Jason Hyland, of McKinney, Katherine Schwab, and now Luke Coffee.