More than a half-dozen cities, counties and civil right groups sued the Trump administration on Tuesday, saying there was no justification for its decision to cut the 2020 census short by a month, and it will lead to the undercounting of minority communities and an inaccurate head count of every U.S. resident.

The lawsuit filed in federal court in San Jose against the U.S. Census Bureau and the U.S. Department of Commerce, which oversees the statistical agency, asks a judge to reinstate a plan that had the once-a-decade head count ending in October instead of September.

“Undercounted cities, counties, and municipalities will lose representation in Congress and tens of millions of dollars in funding. And communities of color will lose core political power and vital services," the lawsuit said.

The lawsuit was filed by the cities of Los Angeles, San Jose and Salinas in California. Also joining were Harris County in Texas, King County in Washington, and several civil rights organizations.

The census will help determine the distribution of $1.5 trillion in federal spending and the number of congressional seats and Electoral College votes each state gets.

Cities such as Los Angeles — where large numbers of residents are renters, don't speak English proficiently and don't have access to the Internet — are especially at risk of losing funding and the representation they deserve, said Los Angeles City Attorney Mike Feuer.

“From political representation to crucial public funding, every L.A. resident has so much riding on a full, fair and complete count," Feuer said at a news conference. “The administration’s abrupt, inexplicable and unlawful reversal would harm Angelenos for the next decade. It must not stand.” 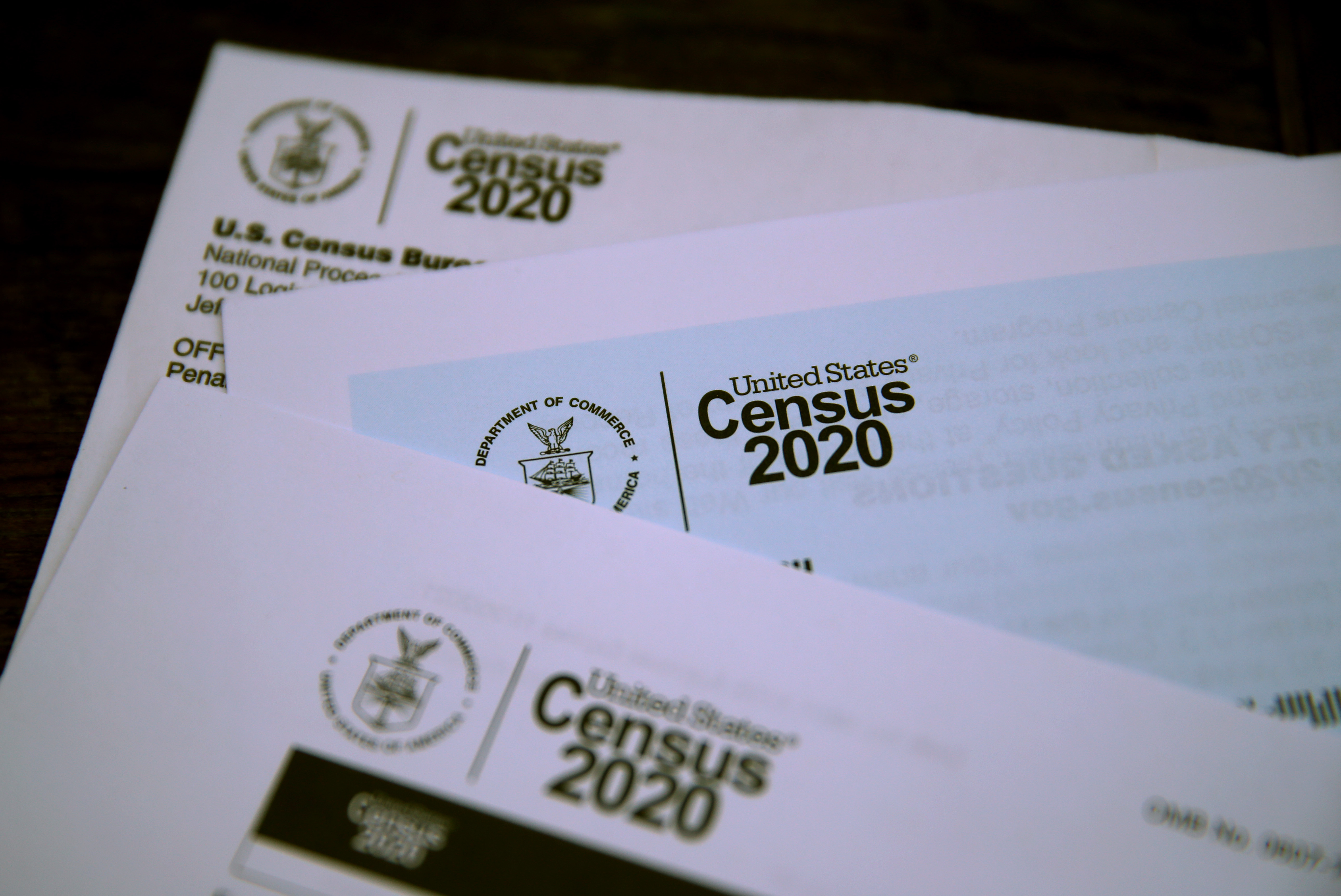 Facing delays caused by the pandemic, the Census Bureau earlier this year pushed back wrapping up the once-a-decade head count from the end of July to the end of October.

The bureau also asked Congress in April to extend the deadline for turning in data used for drawing congressional districts from Dec. 31, 2020, to April 30, 2021. Top Census Bureau officials have said it would be impossible to meet the end-of-the-year deadline, and that the bureau expected bipartisan support for the request.

The request passed the Democratic-controlled House as part of coronavirus-relief legislation but it has not gone anywhere in the Republican-controlled Senate. The chamber’s inaction coincides with a memorandum President Donald Trump issued last month to try to exclude people living in the U.S. illegally from being part of the process for redrawing congressional districts.

Civil rights groups, states, cities and individuals have filed more than a half-dozen lawsuits challenging the memorandum as unconstitutional and an attempt to limit the power of Latinos and immigrants of color.

To increase the chances of implementing the memorandum, Trump must receive the apportionment data while he is still in office, the San Jose lawsuit said.