It’s not the end of the world. It only seems that way.

Climate change is going to get worse, but as gloomy as the latest scientific reports are, including the recent report from the United Nations, scientist after scientist stresses that curbing global warming is not hopeless. The science says it is not game over for planet Earth or humanity. Action can prevent some of the worst if done soon, they say.

After decades of trying to get the public’s attention, spur action by governments and fight against organized movements denying the science, climate researchers say they have a new fight on their hands: doomism. It’s the feeling that nothing can be done, so why bother. It’s young people publicly swearing off having children because of climate change.

University of Maine climate scientist Jacquelyn Gill noticed in 2018 fewer people telling her climate change isn’t real and more “people that we now call doomers that you know believe that nothing can be done.” Gill says it is just not true. 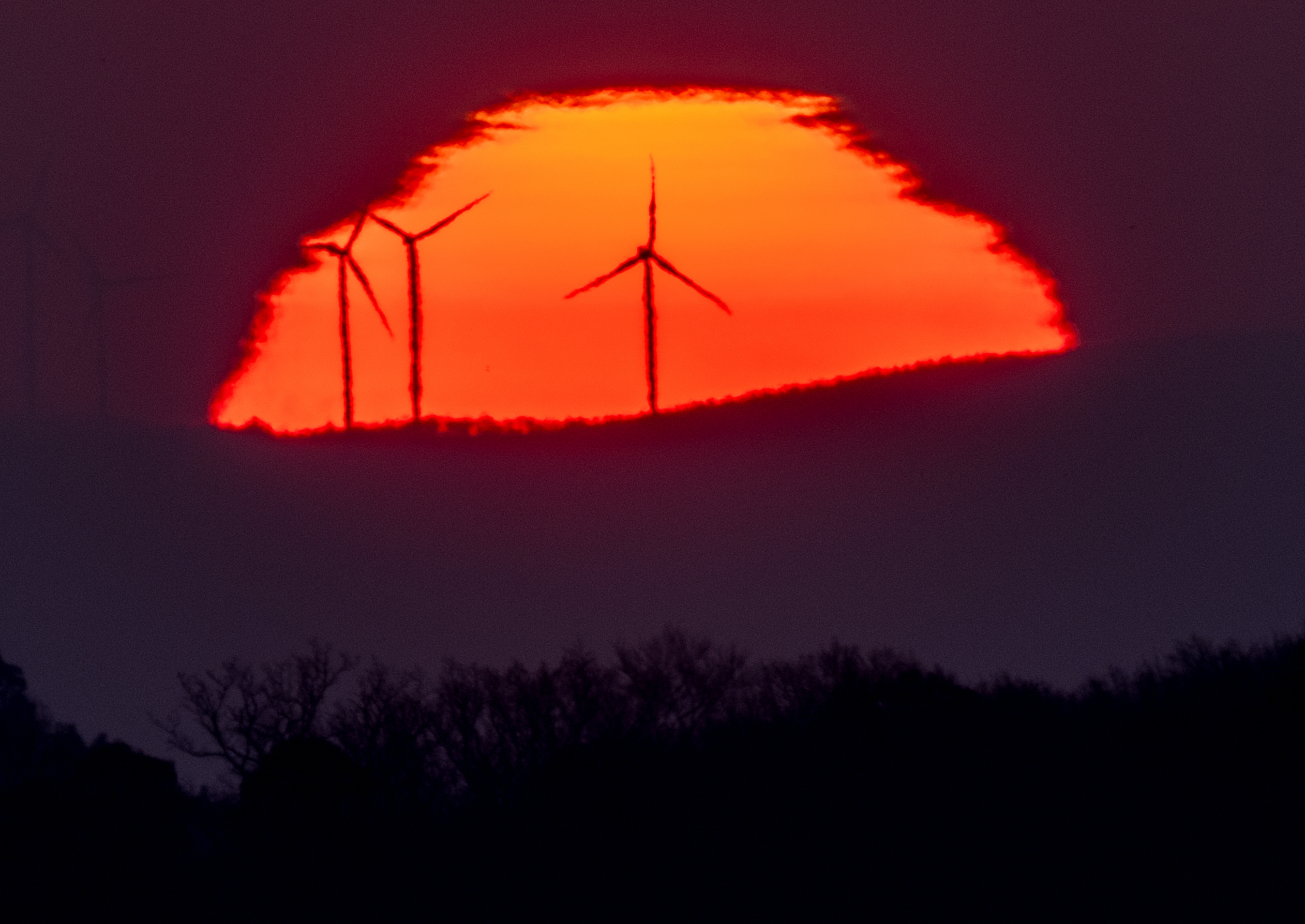 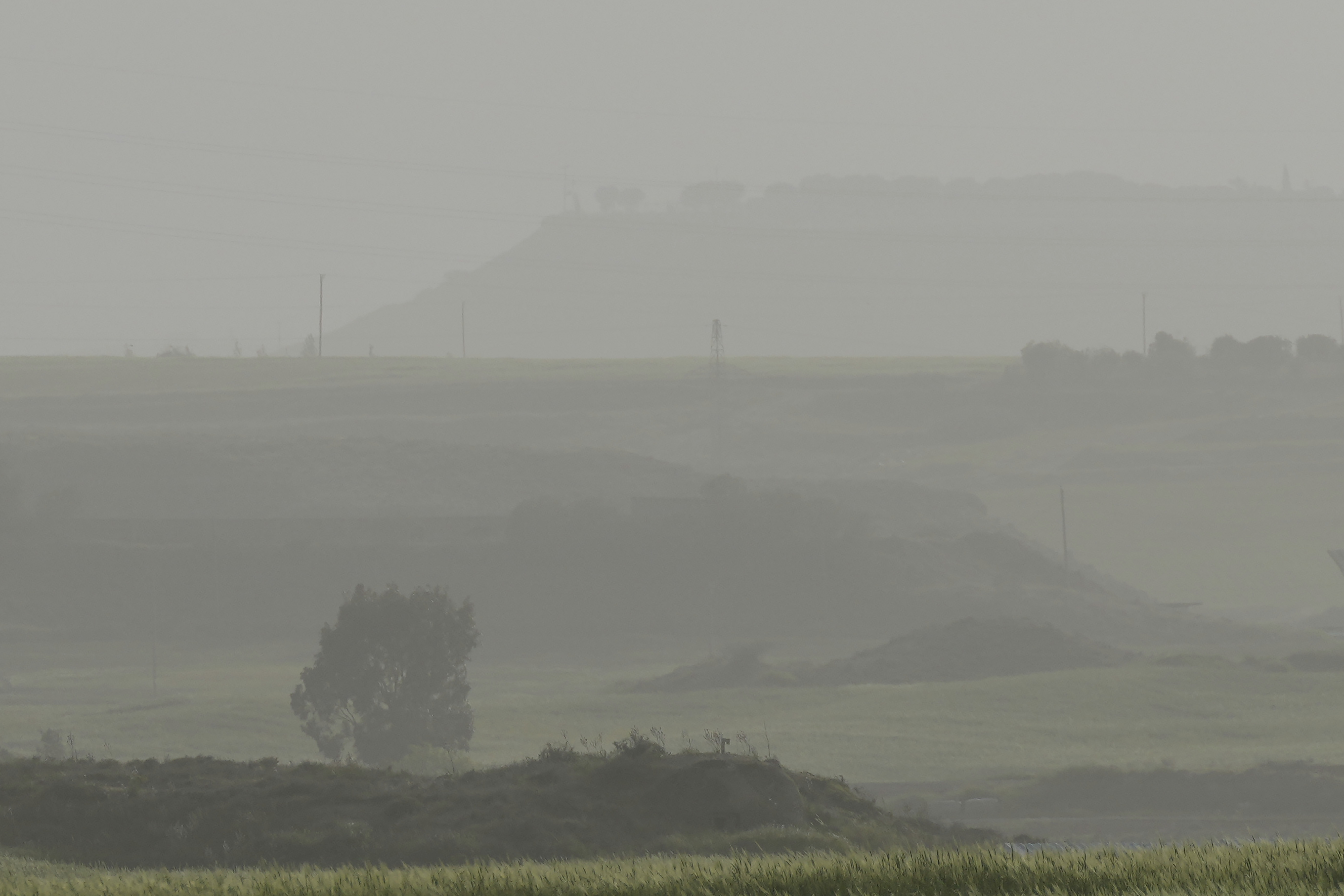 “I refuse to write off or write an obituary for something that’s still alive,” Gill told The Associated Press, referring to the Earth. “We are not through a threshold or past the threshold. There’s no such thing as pass-fail when it comes to the climate crisis.”

Doomism “is definitely a thing,” said Wooster College psychology professor Susan Clayton, who studies climate change anxiety and spoke at a conference in Norway last week that addressed the issue. “It’s a way of saying ‘I don’t have to go to the effort of making changes because there’s nothing I can do anyway.’”

Gill and six other scientists who talked with The Associated Press about doomism aren’t sugarcoating the escalating harm to the climate from accumulating emissions. But that doesn’t make it hopeless, they said.

“Everybody knows it's going to get worse,” said Woodwell Climate Research Center scientist Jennifer Francis. “We can do a lot to make it less bad than the worst case scenario.”

The United Nation’s Intergovernmental Panel on Climate Change just issued its third report in six months. The first two were on how bad warming is and how it will hurt people and ecosystems, with today's report focusing on how the extent of disruption depends on how much fossil fuels are burned. It shows the world is still heading in the wrong direction in its fight to curb climate change, with new investments in fossil fuel infrastructure and forests falling to make way for agriculture.

"Fossil fuels make us all vulnerable...to these geopolitical crises and shocks," says Selwin Hart, the Special Adviser to the U.N. Secretary-General focusing on climate. With the Russian invasion of Ukraine causing a stir in the energy market, it's time to transition more rapidly into renewable energy, Hart says. He talked more about the world's energy future and the U.N. IPCC report on climate change, which warns of worsening natural disasters caused by emissions.

“It’s not that they’re saying you are condemned to a future of destruction and increasing misery,” said Christiana Figueres, the former U.N. climate secretary who helped forge the 2015 Paris climate agreement and now runs an organization called Global Optimism. “What they’re saying is 'the business-as-usual path ... is an atlas of misery ’ or a future of increasing destruction. But we don’t have to choose that. And that’s the piece, the second piece, that sort of always gets dropped out of the conversation.”

United Nations Environment Program Director Inger Andersen said with reports like these, officials are walking a tightrope. They are trying to spur the world to action because scientists are calling this a crisis. But they also don’t want to send people spiraling into paralysis because it is too gloomy.

“We are not doomed, but rapid action is absolutely essential,” Andersen said. “With every month or year that we delay action, climate change becomes more complex, expensive and difficult to overcome.”

“The big message we’ve got (is that) human activities got us into this problem and human agency can actually get us out of it again,” James Skea, co-chair of Monday’s report, said. “It’s not all lost. We really have the chance to do something.”

Monday’s report details that it is unlikely, without immediate and drastic carbon pollution cuts, that the world will limit warming to 1.5 degrees Celsius (2.7 degrees Fahrenheit) since pre-industrial times, which is the world’s agreed upon goal. The world has already warmed 1.1 degrees Celsius (2 degrees Fahrenheit). And earlier IPCC reports have shown that after 1.5 degrees, more people die, more ecosystems are in trouble and climate change worsens rapidly.

IPCC reports showed that depending on how much coal, oil, and natural gas is burned, warming by 2100 could be anywhere from 1.4 to 4.4 degrees Celsius (2.5 to 7.2 degrees Fahrenheit) above pre-industrial times, which can mean large differences in sickness, death and weather disasters.

While he sees the increase in doom talk as inevitable, NASA climate scientist Gavin Schmidt said he knows first-hand that people are wrong when they say nothing can be done: “I work with people and I’m watching other people and I’m seeing the administration. And people are doing things and they’re doing the right things for the most part as best they can. So I’m seeing people do things.”

Pennsylvania State University climate scientist Michael Mann said scientists used to think Earth would be committed to decades of future warming even after people stopped pumping more carbon dioxide into the air than nature takes out. But newer analyses in recent years show it will only take a few years after net zero emissions for carbon levels in the air to start to go down because of carbon being sucked up by the oceans and forests, Mann said.

Scientists' legitimate worries get repeated and amplified like in the kid's game of telephone and “by the time you’re done, it’s ‘we’re doomed’ when what the scientist actually said was we need to reduce or carbon emissions 50% within this decade to avoid 1.5 (degrees of) warming, which would be really bad. Two degrees of warming would be far worse than 1.5 warming, but not the end of civilization," Mann said.

Mann said doomism has become far more of a threat than denialism and he believes that some of the same people, trade associations and companies that denied climate change are encouraging people who say it is too late. Mann is battling publicly with a retired University of Arizona ecologist, Guy McPherson, an intellectual leader of the doom movement.

McPherson said he’s not part of the monetary system, hasn’t had a paycheck in 13 years, doesn’t vote and lived off the grid for a decade. He said all species go extinct and humans are no exception. He publicly predicted humanity will go extinct in 2026, but in an interview with The Associated Press said, “I’m not nearly as stuck on 2026," and mentioned 2030 and changes to human habitat from the loss of Arctic summer sea ice.

Woodwell’s Francis, a pioneer in the study of Arctic sea ice who McPherson said he admires, said while the Arctic will be ice free by the summer by 2050, McPherson exaggerates the bad effects. Local Arctic residents will be hit hard, “the rest of us will experience accelerated warming and sea-level rise, disrupted weather patterns and more frequent extreme weather. Most communities will adapt to varying degrees,” Francis said. “There’s no way in hell humans will go extinct by 2026.”

Humans probably can no longer prevent Arctic sea ice from disappearing in the summer, but with new technology and emissions cuts, Francis said, “we stand a real chance of preventing those (other) catastrophic scenarios out there.”

Psychology professor Clayton said “no matter how bad things are, they can always be worse. You can make a difference between bad and worse... That’s very powerful, very self-affirming.”