Connor Golden survived one of NYC's most vexing unsolved crimes in recent memory: A bomb going off in Central Park

It has become a frustrating annual tradition for parents of the man who survived a mysterious 2016 bombing in Central Park.

Each year around the Fourth of July weekend, Kevin and Carol Golden put out pleas to the public for tips about the violent explosion that took their son’s lower leg five years ago.

“The public has moved on, in a lot of ways,“ said Kevin Golden. “We haven't moved on. We still remember it. And we've not gotten closure on this."

Connor Golden, who survived the bombing, is now a musician and entrepreneur. He has fully recovered and walks on his prosthetic so well he can balance on a slack line, the kind of tightrope he had been planning to walk on the day he lost his limb.

"I've fully gotten back to who I was,” Connor told the I-Team last month. “I stepped on a bomb and it was a case of mal-intent or violence in some way."

Though Connor has moved on, preferring not to focus on the unsolved mystery of who planted the bomb, his parents admit they remain deeply wounded and in need of closure.

Four years ago, an explosive went off in one of New York City's biggest tourist attractions. No one has claimed responsibility for the blast that left a college student without much of his leg. Chris Glorioso reports. 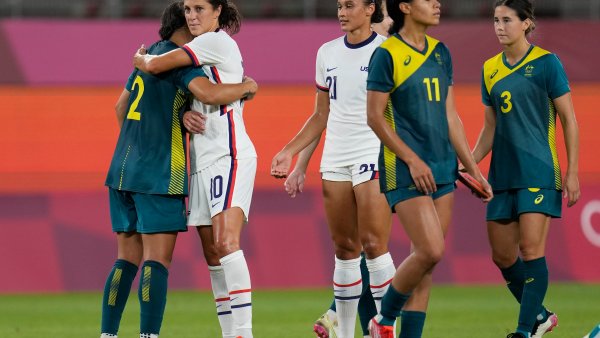 The substance that exploded in the park was known as TAT-P, a compound that has been used by terrorists in several European bombings.

"All along I've felt that this came from a very sinister place,” Kevin Golden said. “Your common criminal doesn't deal in TAT-P."

So far, the best clue in the case remains a yellow bakery bag in which the explosive powder was hidden. Police have said they inquired with the current and former owners of La Unica Bakery in Union City, but neither has been able to determine who might have had access to the bags - which were out of production at the time of the bombing.

While authorities still don’t know who or where the bomb that blew off a college student’s leg came from, a bag from a New Jersey bakery may be the best clue that police have. The I-Team’s Chris Glorioso reports.

The NYPD has found no evidence the bombing was related to terrorism but detectives say they are ruling nothing out.

There is a $40,000 reward for information leading to an arrest in the case. If you have any information about who may have planted that explosive five years ago or if you were in the area of the Central Park Zoo the day of the bombing, the NYPD wants to hear from you. The number is 1-800-577-TIPS.

"This was such a unique situation. Someone knows about this,” Kevin Golden said. We need their help.”