Air Quality in Lake Tahoe Area Worst in the World Due to Wildfire Smoke, Report Says

Smoke from the Caldor Fire and other spot fires in the Sierra Nevada brought air quality around Lake Tahoe to hazardous levels, including the worst air rating in the U.S. and perhaps the world along an area of the north shore, according to a report from the Los Angeles Times.

The air quality index on Wednesday morning showed a reading of 530 for the Tahoe region, by far the worst on the planet, according to weather officials.

On Tuesday, Tahoe Vista, a census-designated area along the north shore of Lake Tahoe, had an air quality index rating of 448, the worst in the U.S. and 42 times above the World Health Organization’s exposure recommendation, according to the Times.

The Caldor wildfire is still burning near Sacramento, California. Not far from the fire line, NBCLX Storyteller Chase Cain shows us a house sprayed with fire retardant and we talk about the connection between climate change and wildfires.

The Caldor Fire on Tuesday became the main focus of firefighters across the state as it approached the Tahoe basin. The fast moving wildfire had scorched about 123,000 acres and was just 11% contained as of Tuesday evening, according to Cal Fire.

Smoke from several fires burning in Northern California prompted an air quality advisory for several consecutive days in the Bay Area as well as Spare the Air alerts at the end of last week. 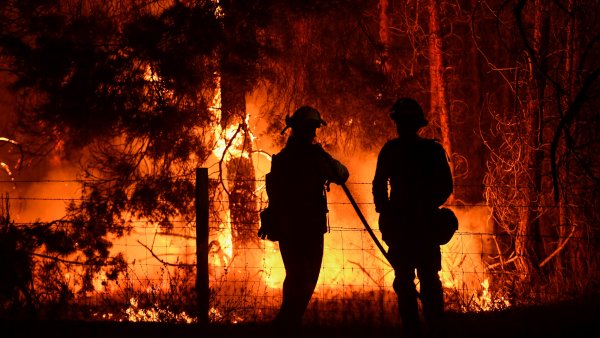 Federal Firefighters Could Get a $600M Boost. It's Probably Not Enough 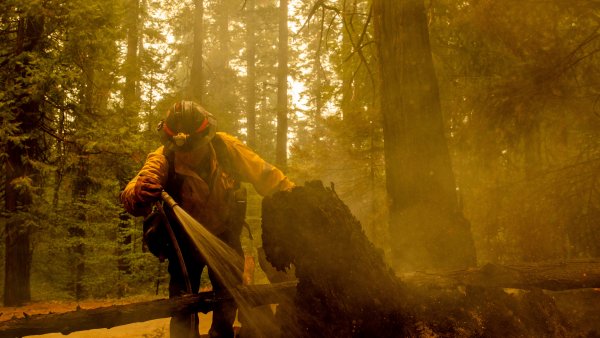