A Moment in America, Unimaginable But Perhaps Inevitable

All over American television and on social networks were different permutations of the same statement: This isn’t what America is. But what if it is?

To see it unspool — to watch the jumbled images ricochet, live, across the world's endless screens — was, as an American, a struggle to believe your eyes. But there it was, in the capital city of the United States in early January 2021: a real-time breaking and entering the likes of which the republic has never seen.

The U.S. Capitol was overrun by violent supporters of Donald Trump, who exhorted them to march on the domed building as lawmakers inside carried out their constitutional duty by certifying his electoral defeat. The proceedings were quickly abandoned as the selfie-snapping mob smashed windows, marched through hallways and rummaged through lawmakers’ desks.

Supporters of President Donald Trump protesting the election results broke into the Senate chamber Wednesday, activating a lockdown for the U.S. Capitol building and curfew for Washington, D.C.

Fourteen days before Joe Biden is set to be inaugurated on the very same site, elected officials sheltered in place in their own building. Agents barricaded themselves inside congressional chambers, guns drawn. The stars and stripes — soaring over public property — was lowered, then replaced as a blue Trump flag ascended.

In one of the day's most indelible images, a hoodie-clad trespasser sat in a chair overlooking the Senate floor — minutes after it had been vacated by Trump's own vice president, Mike Pence — waving his fist in front of a thick, ornate curtain designed to summon the trappings of democracy.

This was not “the peaceful transfer of power” so lionized by the American tradition. Not even remotely. “This,” Republican Sen. Pat Toomey of Pennsylvania said, "is an absolute disgrace."

Thousands of Trump supporters descended upon Washington, D.C., and began rioting on Wednesday, forcibly breaching the Capitol building as the House and Senate met to certify the results of the 2020 presidential election.

The United States on Wednesday seemed at risk of becoming the very kind of country it has so often insisted it was helping: a fragile democracy.

“This is not dissent,” Biden said in a televised address. “It’s disorder. It’s chaos.”

Part of the point of building magnificent structures like the Capitol in the first place was to erect actual physical representations of an abstract system of government — deliberate, solid edifices as immutable and inviolable as their people hope the democracy itself will be. “This temple to democracy” was what Sen. Chuck Schumer, D-New York, called the Capitol building after things calmed down.

It’s been more than two months since former VP Joe Biden defeated President Trump for the White House. Did the length of the presidential transition period contribute to the chaos that boiled over into violence at the U.S. Capitol on Wednesday? Historian Brian Rosenwald joined LX News and made a case for shortening the lame duck term of outgoing presidents.

So to see wooden furniture used as a barricade to keep American rioters out of an American congressional chamber, to watch Americans shattering American windows gazed through by who knows which American luminaries across the decades — that somehow spoke of something more, something deeper.

"They tried to disrupt our democracy. They failed," Senate Majority Leader Mitch McConnell, R-Kentucky, said when the body reconvened Wednesday night after the Capitol was cleared.

No matter what side you’re on, the day’s events underscored that the functioning monuments of a nation of laws — and even the very site where those laws come into being — could be upended by a group of its own people if they were angry enough and determined enough.

“I’m very disappointed, to be honest with you. What a shame,” said Michael Hobson, 61, a lifelong Republican in Virginia Beach, Virginia who voted for Trump but has been discouraged by how he has behaved “like a sore loser.”

“He’s not acting presidential,” Hobson said. “The Republican party has been tarnished. Somebody needs to step up to the plate. We need to find a good strong leader to change the vision.”

Trump continued to foment divisions Wednesday, both in tweets — until his Twitter account was locked in the evening, for the first time — and in a fleeting message recorded from the White House, less than two miles from the Capitol. In the video, recorded as the chaos continued to unfold, he said a number of things, many of them inaccurate. At least one, though, was utterly true and hard to challenge: “There's never been a time like this.”

“The United States and the U.S. Congress have faced down much greater threats than the unhinged crowd we saw today,” Senate Majority Leader Mitch McConnell, R-Ky., said on Wednesday. “We’ve never been deterred before, and we will not be deterred today.”

But is this truly an inflection point, or simply another escalation — one in a series that has unfolded so gradually in recent years that the unimaginable of 2015 has become the merely repetitive in 2021? Is this the final gasp of something linked to the current administration, or the emergence of something that will become a dominant strand in the national DNA for decades?

“It seems like a different country, in one of those places where coups happen,” said Bev Jackson, chair of the Democratic Party’s Cobb County African American caucus in Georgia, where two Democrats won U.S. Senate seats in runoff elections Tuesday.

All over American television and on social networks were different permutations of the same statement: This isn’t what America is. But what if it is? Indeed, many Americans who watched it all had similar how-could-this-happen-here reactions, echoed by newscasters and interviewees who used phrases like “banana republic” and the more unfortunate “like a third-world nation.”

It raises the question: What on Earth does this look like abroad, where the United States has long positioned itself as a fixer of such things?

“I feel like I’m watching an American film," said Laurie Pezeron, the founder of a Black literature book club who lives in the suburbs of Paris. “I just hope it doesn’t end up with a civil war.” 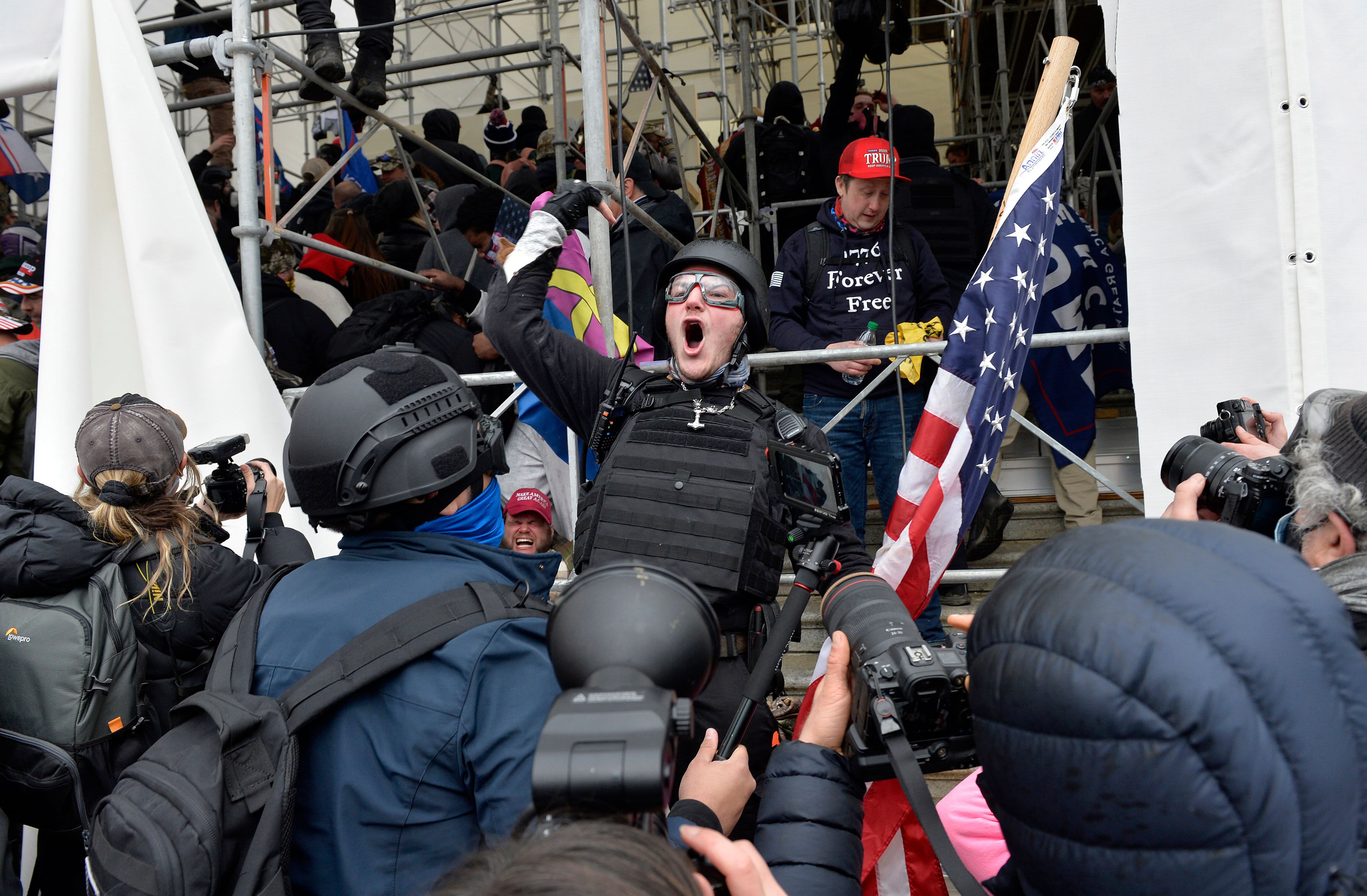 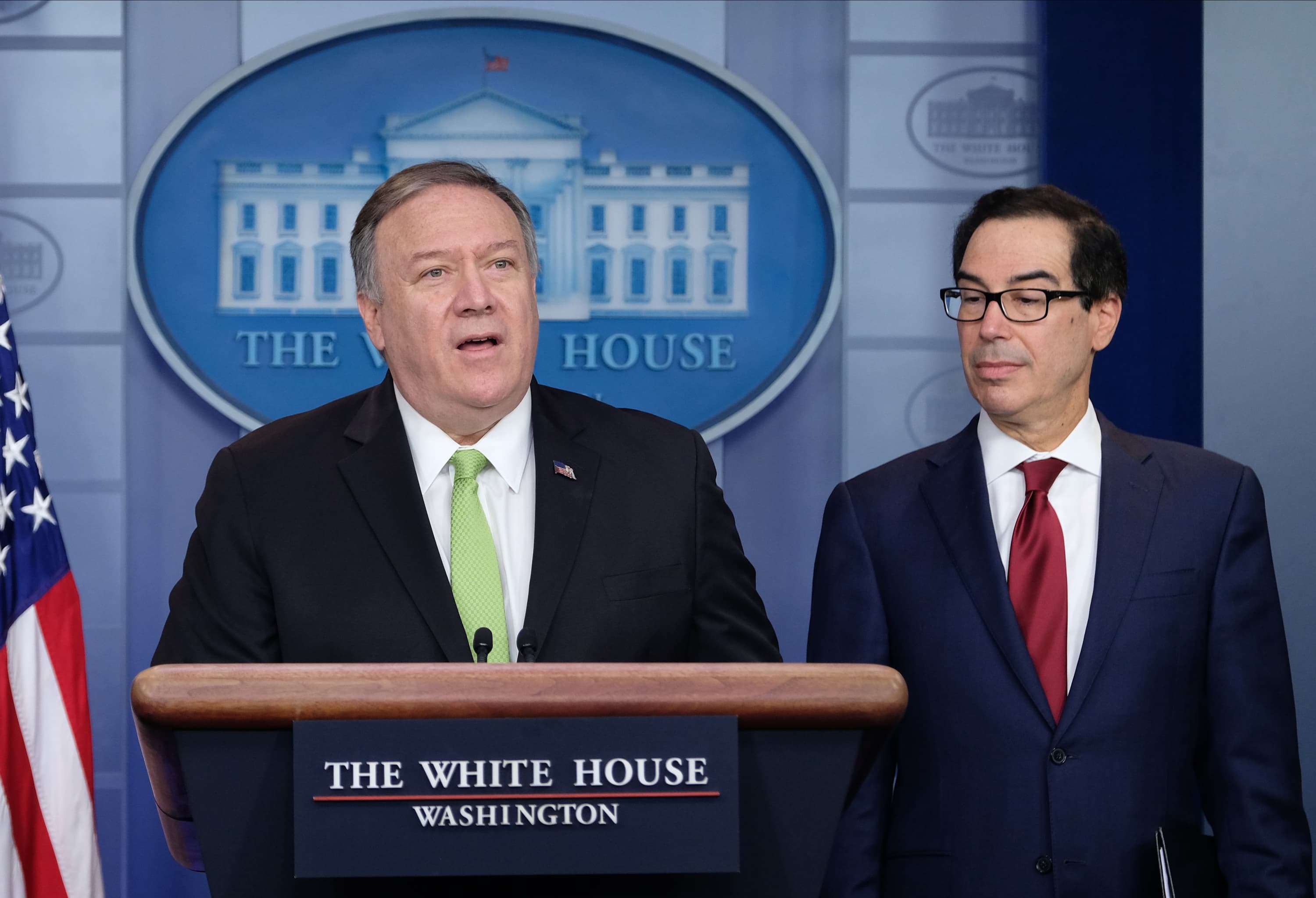 Which brings us back to the Senate, shortly before it was infiltrated by intruders. Debating the objection to Arizona's balloting, Democratic Sen. Amy Klobuchar, an early 2020 candidate for president, had cited Benjamin Franklin’s renowned (and probably actually uttered) words: “A republic, if you can keep it.”

Barely an hour later, chaos had the floor.