6 Job-Hunting Tips From the ‘Sandwich Board' Guy

Among the iconic images that summed up 2008 was that of Joshua Persky, the unemployed investment banker who slapped a sandwich board over his suit that said "Experienced MIT Grad for Hire" and hit the streets of New York to try to reclaim his place on Wall Street.

Well, now he’s an iconic image of how to dig out of the mess that was 2008: After 12 long months of job hunting, having to give up his Upper East Side apartment and send his wife and kids to Nebraska to live with her parents, Persky has landed a job. He was hired by accounting firm Weiser LLP in December.

And, despite the fact that a lot of Wall Street jobs are drying up and may never come back, Persky managed to get a job doing the same thing as before, valuations. 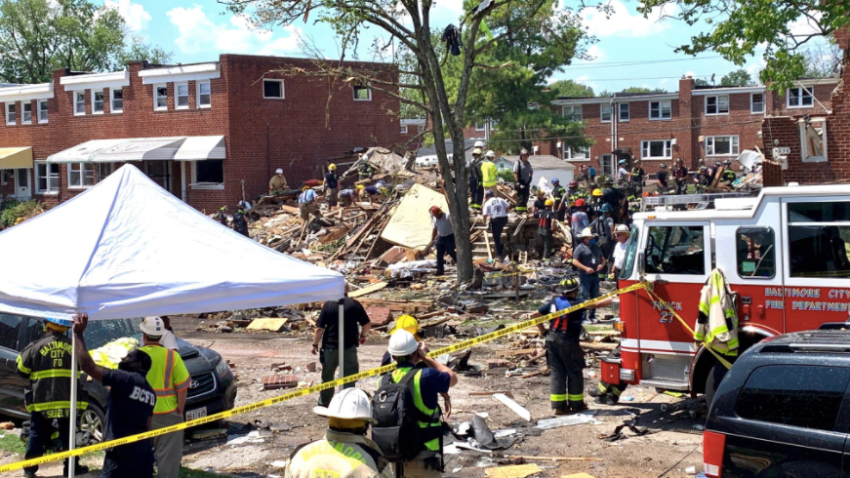 It wasn’t just the sandwich board. Though, the global wave of publicity it created certainly didn’t hurt.

Here, Persky offers six job-hunting tips for how to land a job in this tough environment.

1) Be creative. You have to think outside the box to make others aware of what you need, Persky said.

He had been going along, interviewing and networking for the first six months — even with executives from some of 2008’s casualties, Bear Stearns, Lehman Brothers and Merrill Lynch.

He had interviewed at Bear Stearns and when the firm collapsed, Persky said, that’s when he realized it was a whole, new ballgame. Maybe this time, he thought, it wouldn’t work out in a few months as it had in the past.

When the family’s lease was up at the end of June, they made the hard decision to have his wife and kids go to Omaha to live with her parents while he slept on his sister’s couch in Long Island to continue his job search.

Towards the end of June, he was having drinks with his wife and came up with the crazy idea to put a sandwich board on and hit the sidewalk at lunchtime.

“I decided I had to do something different,” Persky said. “I’m not a particularly standout-type person … I’m not an aggressive person generally,” he said.

So, he figured if he had the sign on, people might approach him. And, you know what? It worked. He was interviewed by everyone from CNN to a Greek financial magazine, which put him on the cover. “I’m huge in Japan!” he exclaimed to me in an August interview at the height of his publicity frenzy.

The sandwich board didn’t directly lead to Persky’s job offer from Weiser, but it certainly had an indirect impact: He was contacted by a headhunter who saw him in the media and she helped him revamp his job-search strategy.

“You have to try to stand out as much as possible,” Persky said. “That’s more important than ever, given this job market.”

2) Be open to change. It’s easy to wedge yourself into a tight spot, where you’re search is stuck on one field or one location. But given the jobs that have evaporated on Wall Street that may never come back, flexibility is the key.

“You have to be ready to change careers, locations and industry,” Persky said. “To reinvent yourself.”

He got lucky, being able to stay in his chosen profession and city, but he and his family were prepared for anything.

“I was focused on financial services in New York City until Bear Stearns collapsed,” Persky said. “At that point, it became clear that maybe business development and health-care management were the way to go.”

“You really just have to expand your horizons,” he said. “Our dream was New York City but we were willing to go anywhere in the world there was an opportunity — internationally or nationally,” he said.

That’s how Persky felt for the first six months of job search. But, he saw the light after Paloma Bowland, a career counselor who does business development for JibberJobber.com, contacted him and helped him revamp his resume — and his approach.

“Most people’s response to my resume is ‘Wow!’” Persky said. “Before, I wasn’t getting a job,” he said.

Bowland gave him some tough love, things that stubborn Wall Street types need to hear if they’re going to snap out of their formula and make the changes they need to get a job in this brutal job market.

She made him take the time to make changes, revamping his resume, working out a marketing strategy and helping to keep his spirits up.

“Without her help, I wouldn’t be here,” Persky admitted.

4) Redo your resume. You may think your experience sells itself, particularly if you’ve been on Wall Street for a couple of decades.

You’ve got to organize the information in a way that sells you for the position you want. And, as Persky found out, sometimes that means a nonchronological resume.

“That was an experience that changed my outlook,” Persky said of the nonchronological resume Bowland had him do.

You have to figure out what your goal — what type of job, what industry, what city — and organize the information on your resume to fit that to a "T," including everything about you and your experience that is applicable.

“You think about how you would like it to be,” he said. “Nothing is too small or too big to be in there. On my new resume, I was international experience in business development, commercial- and investment banking.”

5) Figure out your brand and sell it. A lot of people do marketing as part of their job, but when the job is gone, they don’t realize they have to apply those skills to marketing themselves to future employers.

Based on the publicity generated by his sandwich-board strategy, Bowland determined that Persky's brand was integrity, creativity and bravery.

“ ‘You’re so creative. You’re so brave,’” Persky recalls Bowland saying to him in emails.

“I never thought I was creative or brave,” he said. “That’s the brand that came out.”

The next step was to unify his offerings on Facebook, Linked In and his blog.

Persky had already been doing a blog, www.oracleofny.com, to chronicle his unemployment. He admits, it was his kids who got him on Facebook. But it was Bowland who helped him unify his offerings to make sure that they seamlessly — and professionally — dispersed his marketing, his brand.

"On my new resume, I was international experience in business development commercial and investment banking. And my brand was integrity, creativity and bravery,” Persky explained.

And, of course, it’s not just the marketing — you also have to sell it.

"Really successful salesmen don’t follow up once, they follow up 101 times until it’s impossible to do more,” Persky said. “Just because someone doesn’t answer an email or phone, doesn’t mean the answer is no or they don’t care it just means they haven’t gotten to it yet.”

6) Perseverance. Persky went through a lot of hardship in the 12 months he was unemployed, including having to pack his wife and kids up and ship them back to Omaha while he slept on a couch. But through it all, he never gave up.

“It wasn’t because of the sign or the blog. I stuck it out and I didn’t give up.”

Indeed, when his networking and interviewing strategy wasn’t working in the first six months, he adapted with creativity, flexibility and some professional help and just stuck with it. His efforts drew the eye of a career advisor, who helped him take it to the next level — the level that landed him the job.

In the meantime, he quadrupled his friends on Facebook and Linked In with contacts from as far away as Fiji. And, he's been featured by media all across the globe.

“It was a strange 'Wizard of Oz'-type of adventure,” Persky said of his 12-month job-search odyssey. “And it just reinforces that message — A heart, brains and courage! – that I’ve loved since I was a kid,” Persky said.