As authorities continue their search for the exact motive of a stabbing at a rabbi's home in Monsey, the attorney for the suspect says Grafton Thomas had a long history of profound mental illness and hospitalization.

In a news conference at his office Monday, attorney Michael Sussman said Thomas' personal papers showed "the ramblings of a disturbed individual" but denied there was any indication of anti-Semitism in them. He also said Thomas has been receiving disability payments related to mental illness for more than a decade.

Thomas' aunt - speaking anonymously to preserve a government job - told The Associated Press that her nephew grew up in the heavily Jewish community of Crown Heights and "lived peacefully" with his neighbors. But, she said, he had not been taking his medication and had recently disappeared for a week.

Sussman will be seeking an immediate mental health evaluation of Thomas. The 37-year-old pleaded not guilty to five counts of attempted murder and one count of burglary at his arraignment on Sunday.

Thomas will now face federal hate crimes charges as well. On Monday authorities charged him with five counts of obstructing the free exercise of religious beliefs with a weapon and an attempt to kill. He faces life in prison on each of the counts if convicted. A federal judge ordered him held without bail during a brief hearing Monday afternoon.

A search of his home turned up a journal with a variety of allegedly anti-Semitic writings, the FBI said in a federal complaint, including references to Hitler and swastika drawings. A search of his phone turned up searches for the locations of Jewish temples around the region.

In his car, authorities found a machete -- under the front seat, slid toward the back, according to a senior law enforcement official with knowledge of the case. That is being tested for fingerprints and blood and DNA matches to the victims. A separate knife was found in a pouch behind the front seat, the official said. That knife had some dried blood on it and is being tested for prints; authorities are also looking into whether it may have bee tied to a separate stabbing, the senior law enforcement official said.

Authorities also found references to "Hebrew Israelites" taking from "ebinoid Israelites," which the FBI said appeared to be a reference to the Black Hebrew Israelite movement. That movement is known for some members' extreme anti-Semitic beliefs.

The two suspects in the deadly Jersey City kosher supermarket shooting earlier this month were known to have expressed interest in the movement as well, authorities have said. 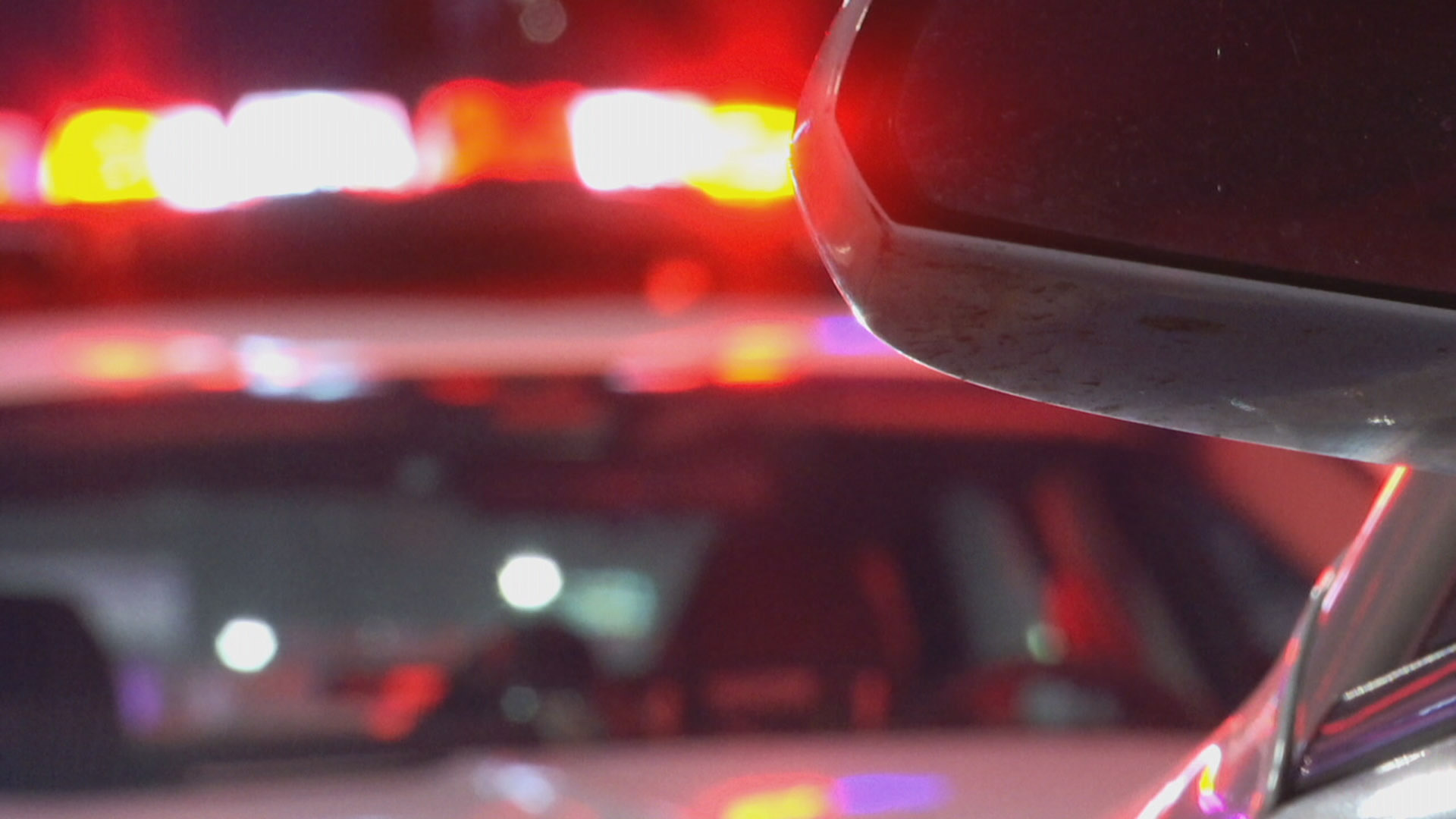 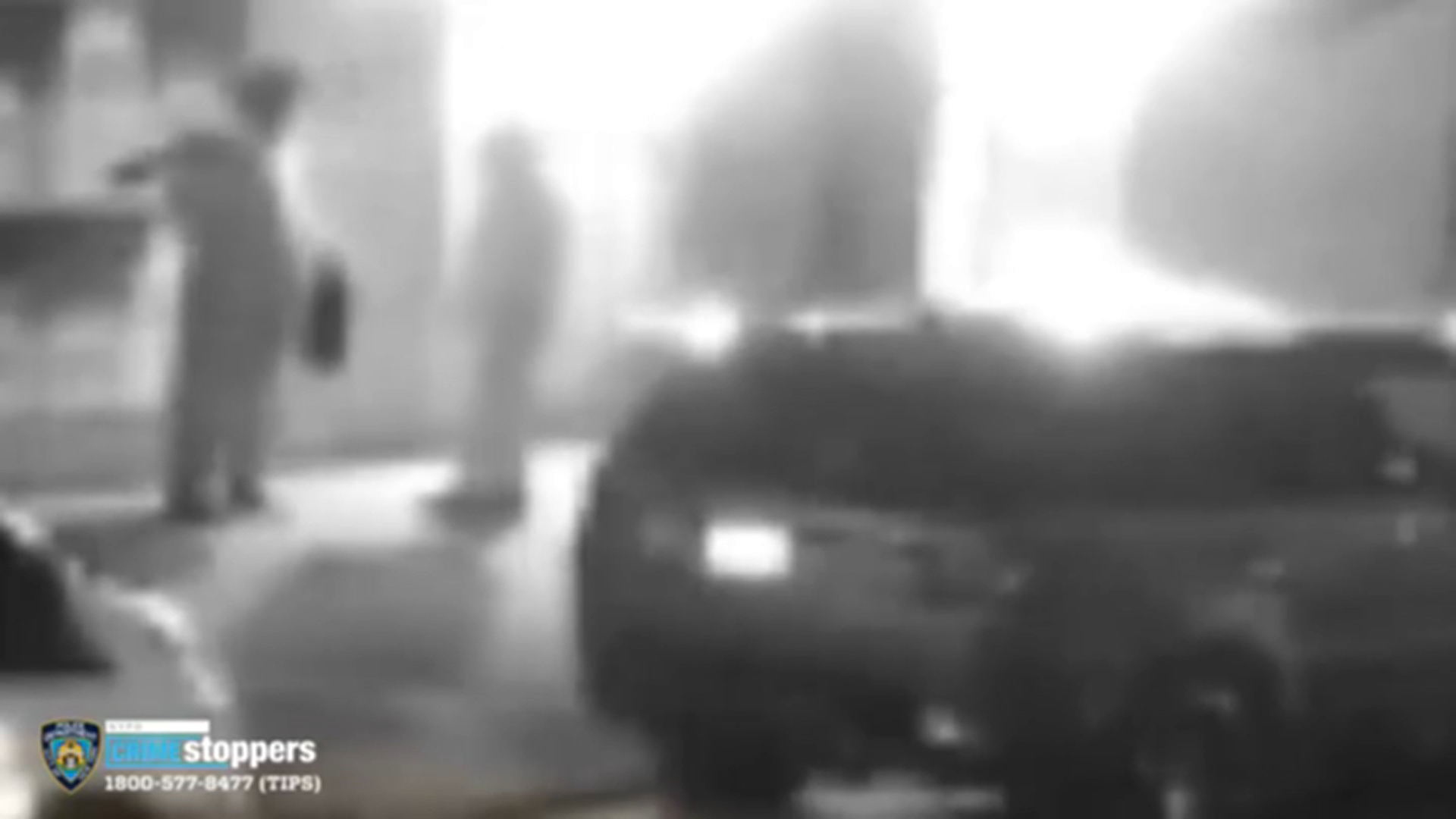 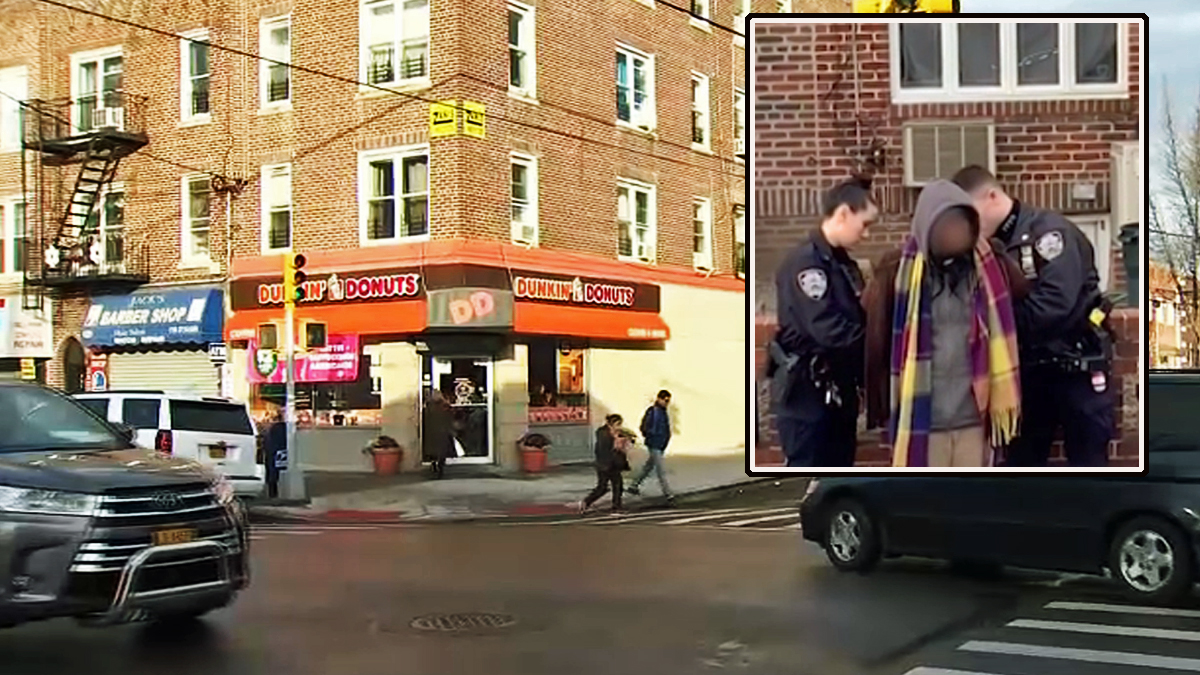 Thomas is accused of stabbing five people Saturday night. A surveillance photo obtained by NBC News shows him charging into Hasidic Rabbi Chaim L. Rottenberg's Rockland County home during a Hanukkah celebration where as many as 70 people were present, according to law enforcement sources.

The Rockland County Sheriff's Office has placed Thomas on suicide watch as a precaution. Meanwhile, the FBI is investigating whether the attack was a hate crime or, as Gov. Andrew Cuomo said, a case of domestic terrorism.

Cuomo said the rabbi's son was one of the stabbing victims, noting that he was "recovering." As of Sunday afternoon, one of the victims was still in critical condition with a skull fracture, according to the assistant district attorney.

"It's important for me to express to the rabbi and to all the people of the state of New York that this is intolerance meets ignorance meets illegality," Cuomo said. "This is violence spurred by hate, it is mass violence, and I consider this an act of domestic terrorism."

A man from Orange County, New York has been charged with attempted murder and burglary for allegedly stabbing five men at a rabbi's home in Monsey Saturday night.

Investigators also say they are looking into a separate stabbing of a rabbi in Monsey on Nov. 20. Police want to know if the two stabbing incidents are linked.

His defense said Thomas lives with his mother in Greenwood Lake and claimed he had no criminal history, but an assistant district attorney at his arraignment said he had been arrested for menacing and reckless endangerment in Greenwood Lake this past summer, without elaborating.

Law enforcement sources tell NBC New York that no weapons or threatening writing were found following a search of Thomas' home but authorities are continuing to search through electronics, including a laptop.

Greenwood Lake Mayor Jesse Dwyer was stunned by the stabbings, saying he has known Thomas years ago when they played basketball together. "No one would have ever suspected that he would be capable of committing such a heinous crime," Dwyer said.

After the stabbing, Thomas allegedly tried to gain access to the synagogue next door, but the occupants barricaded themselves inside. Thomas then allegedly fled the scene in a silver sedan, according to witnesses, one of whom got car's license plate number for authorities.

Police say Thomas then led them on a 2-hour manhunt before license plate readers helped them zero in on the car's location near the George Washington Bridge and Thomas was taken into custody without incident.

Two law enforcement sources told NBC New York police found a long knife inside the vehicle when officers stopped Thomas in Harlem, 30 miles away from the crime scene. Sources have not confirmed if the knife found was the alleged weapon in Saturday's attack.

Thomas had blood on his clothing and smelled of bleach when police found him, according to authorities. His attorney said Thomas' home was full of bleach and that his client was germophobic and washed his hands dozens of times a day.

37-year-old Grafton Thomas pleaded not guilty to five counts of attempted murder and one count of burglary. Jonathan Dienst reports.

Saturday was the seventh night of Hanukkah and was being widely observed in Monsey, a hamlet that is home to thousands of Orthodox Jews.

The attack was the latest in a string of suspected anti-Semitic attacks in the greater New York City area in the last few weeks.

In just the last week alone, at least 10 Jews, including those stabbed in Ramapo, have been injured in the spate of violence in New York City and surrounding towns. That follows the attack on a Kosher supermarket in Jersey City earlier this month that left a cop and three civilians dead.

And in a sign of these new times, armored police vehicles stood guard outside a prayer service in a Jewish community center on Monday night. New York Sen. Chuck Schumer was in attendance, and vowed that "we will not be silent."

The NYPD says anti-Semitic hate crimes are up 18% in 2019 compared to the previous year. There have been 214 reported attacks in New York City alone.

"Today is the eighth day of Hanukkah, the festival of lights that commemorates Jews’ struggle to practice their faith more than two millennia ago, and we are about to welcome in a new year. Even in the face of tragedy, both milestones are an occasion for renewed hope and resolve: To combat bigotry in all its forms – and to bring to justice the perpetrators of hate-fueled attacks," Manhattan U.S. Attorney Geoffrey Berman said in a statement.