This comes a day after a stunning report released by the New York Attorney General determined the governor sexually harassed 11 women. Accusations he vehemently denies.

The Westchester County District Attorney's Office has sent a letter to the New York Attorney General requesting materials from the independent investigation into Gov. Andrew Cuomo because some of the alleged conduct occurred in Westchester County, NBC News has learned.

In a copy of the letter, obtained by NBC News, District Attorney Mimi Rocah writes, “I believe it is appropriate for my Office to conduct a further inquiry to determine if any of the reported conduct that is alleged to have occurred in Westchester County is criminal in nature.”

The letter is dated Wednesday and was sent to James’ office.

Specifically, Rocah writes that she is looking for information tied the harassment and unwanted touching of a New York State Trooper who was initially assigned to the Governor’s detail at his Mount Kisco, New York residence. 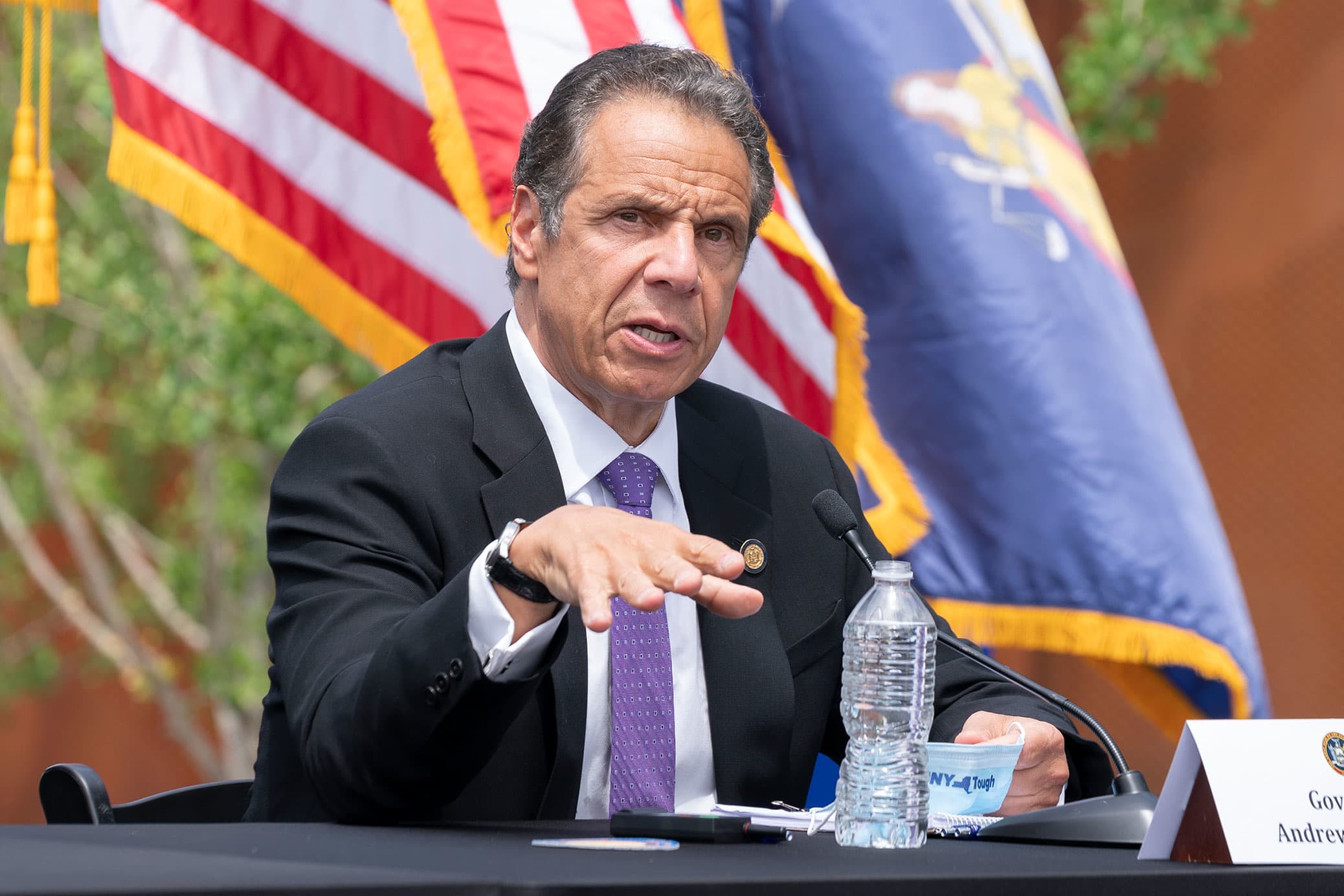 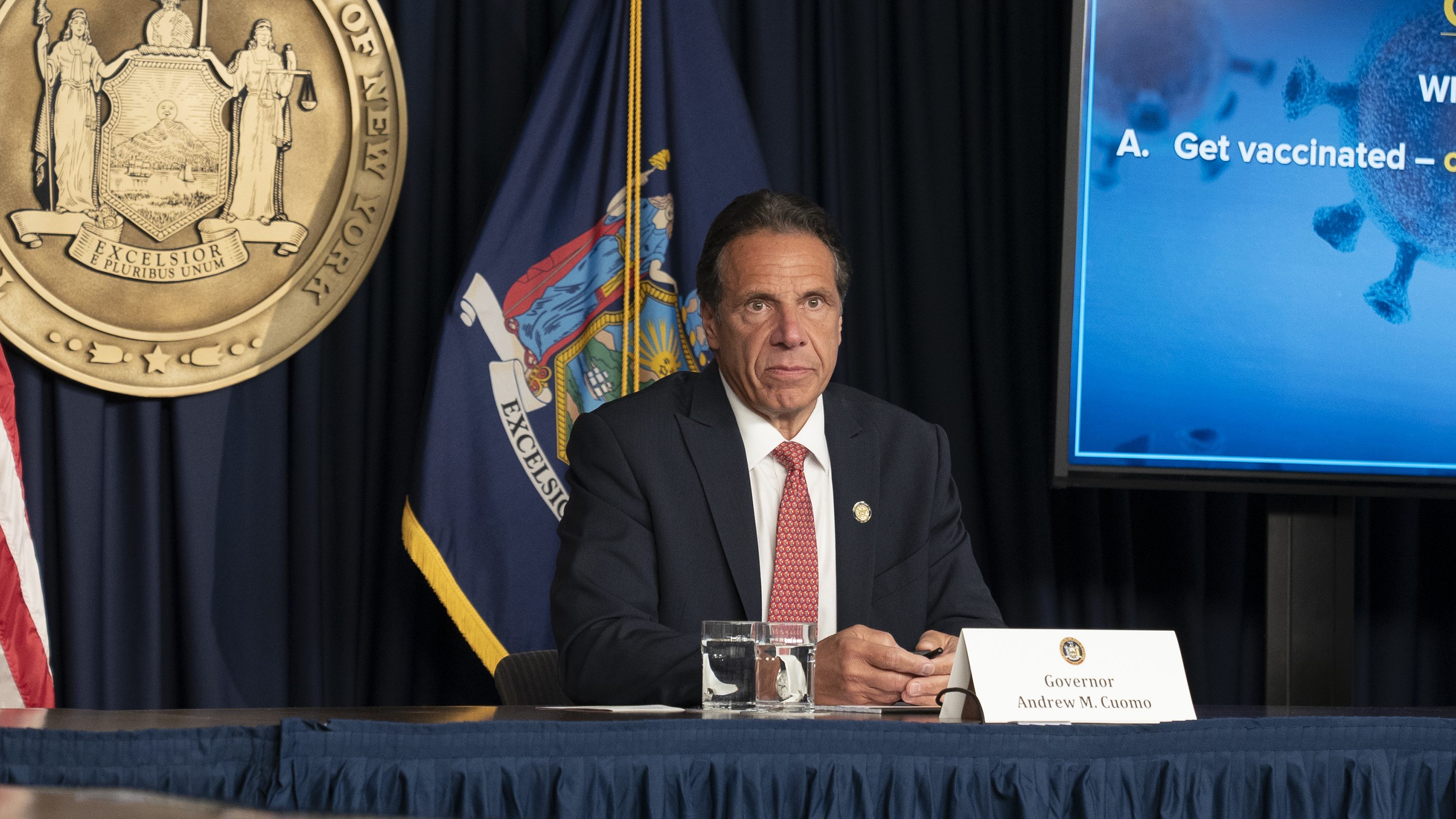 Rocah writes, “I am writing to formally request any investigative materials, including interview transcripts, notes, or reports pertaining to Trooper #1.”

She says if there is any other conduct that is alleged to have occurred in Westchester County her office would like information on that too.

Team coverage of what to expect next after Attorney General Letitia James' bombshell report on Gov. Andrew Cuomo's sexual harassment of staffers.

This latest development comes a day after New York Attorney General Letitia James and the team of attorneys selected to investigate allegations of sexual harassment made against Gov. Andrew Cuomo completed their investigation and released a public report of their findings.

The attorney general's report, which has been made available to the public for the first time Tuesday, found that the sexual harassment faced by nearly a dozen women is in violation of state and federal law. Demands for Cuomo's resignation were swift and came from levels of government as high up as the White House, where President Joe Biden said the governor should step down.

Another powerful call for resignation came from longtime staunch Cuomo ally. Jay Jacobs, the chair of the New York Democratic Party, told NBC New York that he called the governor Wednesday afternoon and told him he should step down, telling him "the toothpaste is out of the tube" and that he's lost all political support.

Jacobs added that he thinks the governor will eventually come to the realization that he has to resign, but he isn't there yet. He also said that should Cuomo resign, he will have a shot at redemption down the line.

James said the 165-page report on the investigation details the inner-workings of the governor's office, his harassment of multiple women, including an effort in at least one instance to retaliate against one of those women, and details what is described as a toxic work environment in and around the governor's chambers.

Many of the women said they feared retaliation if they reported Cuomo’s behavior, investigators said, describing his administration as a hostile workplace “rife with fear and intimidation.”

Lindsey Boylan, the woman Cuomo is accused of retaliating against after she was first to come forward with claims of harassment, is now suing the governor and his close advisers, a representative confirmed. Investigators said in the attorney general's report that Cuomo’s team sent Boylan’s personnel records to reporters within hours of her December tweet alleging sexual harassment. They also said the governor’s circle circulated a letter that “attacked” Boylan’s alleged work conduct and theorized she was funded by far-right Republicans.

Addressing the attorney general's report mere hours after it was made public, Cuomo, in a 15-minute speech that appeared to be pre-taped, sought to cast blame for his swirling controversies on the press and a "toxic" political system. An attorney representing Cuomo released an 85-page response to the probe's findings "to set the record straight."

According to a bombshell attorney general's report, Gov. Andrew Cuomo turned to members of his inner circle to help cover up allegations of sexual harassment. Jonathan Dienst reports.

"The facts are much different than what has been portrayed," the governor said, who maintained he never touched anyone inappropriately or made inappropriate advances.

Cuomo, as strident in his own defense as ever, resorted to a montage of photos showing him hugging and kissing people of all ages — including his mother and President Joe Biden — and persuasions to try and demonstrate his status as a man of the people, not a deliverer of untoward advances.

Cuomo has increasingly argued that politics is the main driver of criticism against him, and has questioned the motives of accusers.

Attention turned to President Joe Biden to weigh in on the allegations following comments from other top Democrats in Washington. Asked at a coronavirus briefing, President Joe Biden said Gov. Andrew Cuomo should resign following the state's investigation -- echoing the same sentiments Biden shared in March, when he said that Cuomo should resign if the attorney general's investigation confirmed allegations of sexual harassment made against him.