The troubled record of New York City's Board of Elections has provoked outcries from elected leaders for years. Despite longstanding agreement on the need for changes, little has been done.

This week the board added another ignominious example when it mistakenly added 135,000 test ballots to preliminary vote counts in the Democratic primary for mayor. The error prompted new calls to reform the century-old board, a relic from the days of Tammany Hall, and optimism that this time might be different.

“It's mishap after mishap after mishap," said state Assemblywoman Nily Rozic, D-Queens, the sponsor of legislation that would put in place new training, hiring and transparency measures. “No other government entity could have such a dismal track record and face absolutely no accountability.”

Critics point to the board's convoluted structure as the source of much of the problems. The City Council appoints its members based on recommendations of party leaders in each of the city's five boroughs. Each borough gets two seats, one for a Democrat and one for a Republican. The board's staff is also equally divided between parties.

Critics say that overtly partisan organization and lack of oversight over the board has led to patronage and repeated mistakes like the one this week. Some of the rules governing the body are set in state law, others in the state Constitution, making changes politically challenging.

“It happens time and time again, and we don’t seem to do anything about it,” Jumaane Williams, the city’s elected public advocate, said of the board's record of problems. 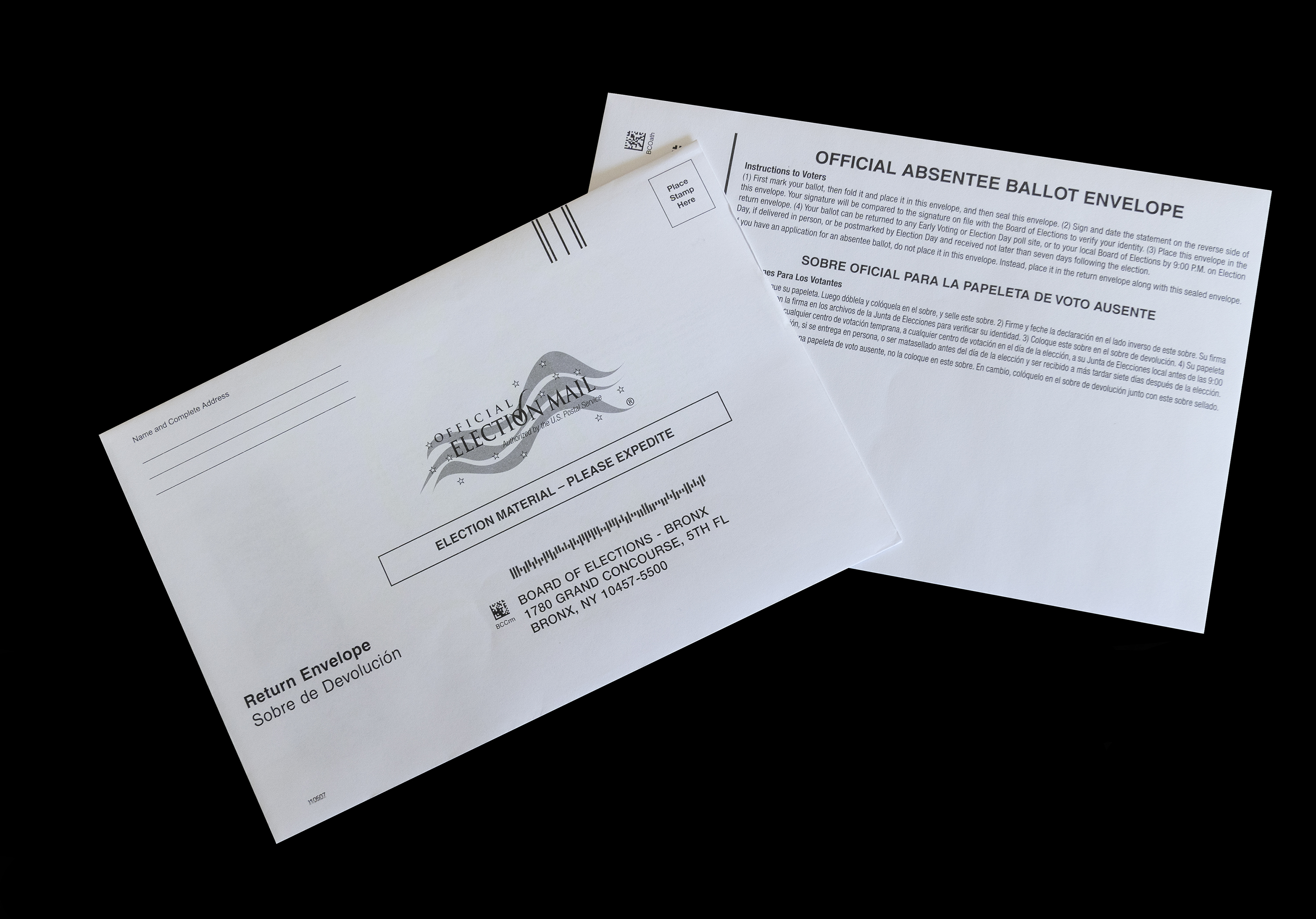 Williams, a Democrat, called in December for the resignation of board Executive Director Michael Ryan and the creation of an independent, non-partisan setup for the board. Williams' office wrote that the leadership of the board was “filled with patronage hires, rather than experts who specialize in the unique skills needed to oversee elections.”

Before the 2016 election, the board mistakenly purged tens of thousands of voters from voting rolls in Brooklyn. Two years later, voting equipment problems led to hours-long lines in some precincts. Last year, the board struggled to process a pandemic-fueled surge in absentee ballot applications and initially sent many voters ballots that had the wrong people’s names on their return envelopes.

Tuesday's error came as the board was going through its first major exercise in ranked choice voting. In the system, voters rank up to five candidates in order of preference. Candidates with the fewest votes then get eliminated. Ballots cast for the losers are then redistributed to the surviving candidates, based on how voters ranked them, until only two are left.

The error involved the accidental inclusion of test ballot images in a preliminary ranked choice voting analysis in the Democratic mayoral primary.

On Wednesday, the board released corrected totals— which showed Brooklyn Borough President Eric Adams with a slim lead over former Sanitation Commissioner Kathryn Garcia — and apologized for the error.

“We must regain the trust of New Yorkers,” the board said in a statement. “We will continue to hold ourselves accountable and apologize to New York City voters for any confusion.”

Nearly 125,000 absentee ballots have yet to be counted in the mayor's race, so final results could be weeks away.

Rob Richie, the president of a pro-ranked choice voting organization called FairVote, said the Board of Elections hadn't responded to offers of assistance from the Ranked Choice Voting Resource Center, which provided the tabulation software that the board used. Richie said the resource center offered help setting up a system to check for errors like Tuesday’s.

“It’s a rookie mistake," Richie said. "But you have to be listening to people who know what they’re doing.”

The board said the problem was human error, not the ranked choice voting system.

To government watchdogs and good-government groups, the mistake was disappointing, if not that surprising.

Neal Rosenstein of the New York Public Interest Research Group said lawmakers need to do more than lambaste the board for bungling.

The board has long been a favorite target.

New York City Mayor Bill De Blasio on Wednesday called it “broken” and an “entity from another time.” To his predecessor, Michael Bloomberg, the board’s many mishaps made it “worse than the gang that couldn’t shoot straight.” Gov. Andrew Cuomo summed it up last year as a “disservice to the citizens.”

The implications of this week's mistake extend beyond the agency’s future, said Joanna Zdanys, a lawyer on the election reform team at the Brennan Center for Justice, part of New York University’s School of Law.

“The real danger with this is: We are living in a time where the integrity of our elections across the nation is being called into question, so this isn’t just a New York City problem,” said Zdanys. “It feeds into this larger narrative that undermines the public’s confidence in our elections in general. Everybody’s watching.”

Indeed, news of New York’s ballot mix-up lit up some far-right message boards on Telegram and other platforms Wednesday, where users linked the mistake to debunked claims of widespread voter fraud in the 2020 election.

Republican National Committee Chairwoman Ronna McDaniel said the blunder was “what happens when Democrats run elections” — even though the board is bipartisan.

State lawmakers will hold hearings on the mistake within weeks, according to Senate Majority Leader Andrea Stewart-Cousins, D-Yonkers, who called it “a national embarrassment.”

With so much attention now focused on voting rights around the country, the foul-up could be the motivation New York's leaders need to reform the board, according to Daniel Squadron, a former Democratic state senator who represented parts of Manhattan and Brooklyn. He now leads a pro-Democratic political action committee focused on state legislative races.

“This could be the opportunity,” he said. “It takes time to reform a system that has been broken, by design, for decades.”

Decision 2021NYC Board of Elections