A woman said that she and her family were the target of an angry, hate-filled tirade by a couple on a Long Island Rail Road train.

Liz Edelkind told NBC New York that she was on the train with her 10-year-old son, her husband and two others, as they were on their way home from a New York Knicks game at Madison Square Garden — a Christmas present for her son. The group was looking for seats together on the eastbound train, and asked some passengers to move to accommodate them.

That's when Edelkind said that a man and woman started yelling, she believes triggered by her accent and skin color. 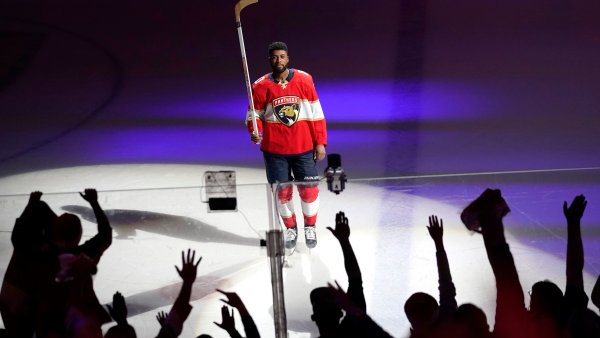 Players Share Painful Past in Campaign to Rid NHL of Racism: ‘It Has No Place in Our Game' "The couple started to verbally attack me, calling me curse words, immigrant, that I don't pay taxes, that I have no rights in this country," she said.

The mother said that she didn't even know what was initially going on because she and her family "had nothing to do with them." But the couple didn't stop.

"They threw beer at us. My pastor and her husband, and my husband, got in the way to protect me," Edelkind said.

A social media post from someone who claimed to witness the incident also said beer was thrown, and that the couple referred to Edelkind and her group as "foreigners."

"How dare they assume because I look or sound different that I am not a U.S. citizen," Edelkind told News 4. She said that the couple left after a conductor was alerted.

MTA police are now investigating. It remains unclear what happened before the video was taken. No criminal charges have yet been filed.

Edelkind, a small business owner in Suffolk County, said her 10-year-old son is still shaken by what happened.

"That night, we felt small and scared and I'm doing this for my son, so he knows we are together, and if we're together, we're strong" she said.

NBC New York was unable to reach the man and woman seen in the video, but a lawyer for their employer did confirm that both of their jobs have been terminated because of the incident.