“I made more movies directed by women and about women than any filmmaker, and I’m talking about 30 years ago," Weinstein told the New York Post

In Harvey Weinstein's first sit-down interview in more than a year, the Hollywood producer who's facing rape and sex assault charges says his work has been "forgotten" due to the allegations.

Douglas H. Wigdor, a lawyer for actress Wedil David and two other alleged victims of Weinstein, fired back at Weinstein's comments to the New York Post on Sunday, saying "one cannot feel sorry" for the 67-year-old who recently had spinal surgery and was being interviewed in "an executive private hospital suite" at New York-Presbyterian/Weill Cornell Medical Center.

In an emailed statement to reporters, Wigdor noted that Weinstein's accomplishments in the film industry have been "overshadowed by his horrific actions, his complete failure to accept responsibility and his recent efforts to force survivors to accept an inadequate and paltry civil settlement."

Just last week, Weinstein reached a $25 million tentative deal with some of his accusers, a deal which David intends to challenge, Wigdor told the New York Times.

In his interview with the Post, the movie mogul said, "I feel like the forgotten man," and cited opportunities he gave women in Hollywood over the past decades, including a movie deal he gave Gwyneth Paltrow, one of his accusers.

“I made more movies directed by women and about women than any filmmaker, and I’m talking about 30 years ago. I’m not talking about now when it’s vogue. I did it first! I pioneered it!” he told the Post. 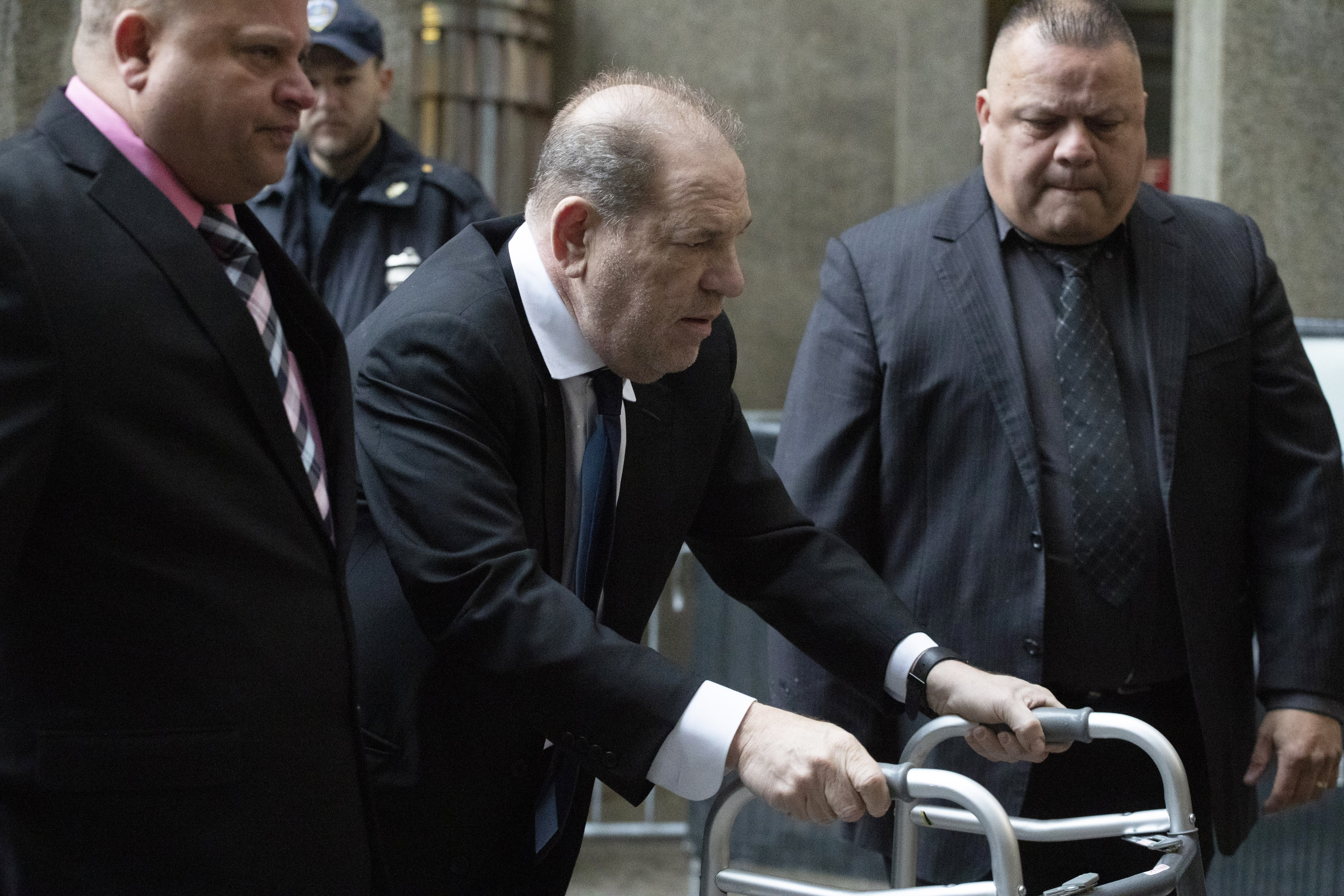 Weinstein also said he took the interview to dispel any rumors that he was exaggerating his medical condition. His lawyer previously described his condition as a "back ailment" which stemmed from a car accident over the summer.

The interview with the Post comes just weeks before Weinstein is set to appear in his criminal trial on Jan. 6 in New York City.

"Mr. Weinstein’s latest public relations stunt on the eve of his criminal trial provides even more motivation to continue to prosecute the claims that will expose him for who he is," Wigdor added.

Weinstein has pleaded not guilty to charges he raped a woman in a Manhattan hotel room in 2013 and performed a forcible sex act on a different woman in 2006.