By Monday evening, four of the injured remained hospitalized with at least one in serious condition

County officials have identified two men who died after a group of unidentified suspects jumped out of a vehicle and fired their guns at a house party near Rutgers University early Sunday morning.

Lionel Macauley, 28, of Somerset, and Anthony Robinson, 23, of New Brunswick, were identified as the victims killed in the New Brunswick shooting in a statement by Middlesex County Prosecutor Yolanda Ciccone and Director Anthony A. Caputo of the New Brunswick Police Department. One friend tells NBC New York that Robinson was celebrating his birthday.

"He was a great person. Every last dollar he had he split it with his friends," the friend said.

The preliminary investigation conducted over the weekend concluded that six other people were injured in the gunfire, but it was announced in Monday's statement that a seventh person was injured during the shooting but did not require hospitalization.

All of the victims were rushed to nearby hospitals, but prosecutors say two men later died at Robert Wood Johnson University Hospital. By Monday evening, four of the injured remained hospitalized with at least one in serious condition.

A man who identified himself to NBC New York as the organizer of the "post COVID party" said the shooting may have followed an argument over the party's entry fee. 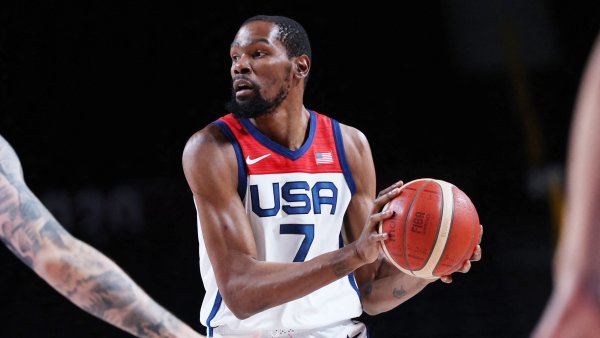 Officials have yet to release the details around a possible motive or what may have led up to the shooting. Suspect information, or just how many people were wanted in connection to the shooting, has not yet been announced.

At least two people are dead and several more injured after shots were fired at a house party near the Rutgers University campus early Sunday morning. Adam Harding reports.

"Information as to the description(s) of the perpetrator(s) is limited at this time and the investigation is active and ongoing," Chief Kenneth Cop said Sunday in a statement posted to Facebook.

Video taken from a nearby home and obtained by TAPinto New Brunswick, appears to capture the moment a vehicle parked on the street and four suspects stepped out and fired toward the house party.

Based on the investigation so far, the prosecutor's office says the events of the shooting are unaffiliated with Rutgers or its students.

George Biedenkapp told NJ.com that he thought the first loud popping noises that woke him up in the middle of the night were from a rumbling car, but then heard more pops and then what sounded like firecrackers.

“Pop, pop, pop, pop,” Biedenkapp said. “And then five, ten, fifteen minutes at most, later I heard the police cruisers, my whole house was lit up with police lights.”

“I came outside, and then I saw the carnage,” Biedenkapp said. “Police cars, ambulances all over the place. … I saw six stretchers with people on them, and one looked really bad, they were doing CPR on the way to the ambulance.”

“We usually hear a lot of noises, so we just went to bed and didn’t think anything of it,” said Jordyn Pagnozzi, a Rutgers sophomore who lives a few houses away. She said she and her roommate, Hana Mahood, heard at least 10 shots, calling them “loud and really close.”

Neither they nor their roommates, went outside, but the group sat on their front porch watching the investigation Sunday morning, NJ.com reported.

“It’s very scary, my mom is freaking out right now,” Mahood said. “It feels very surreal when you hear about it, but when it happens at your feet... .”

The shooting is being investigated by the New Brunswick Police Department and Middlesex County Prosecutor's Office.