Essentially everything outside of the metropolitan New York City area, is the largest area in the continental U.S. where app-based ride-hailing companies remain banned

Brian Cook's trip to Buffalo to cheer on Princeton's basketball team in the NCAA Tournament was, for him, a journey back to a simpler time, when hailing a ride meant standing on a corner and waving your hands to flag down a taxi.

"For a 19-year-old, that's unknown," said Cook, who flew in from Chicago to see his brother play in Princeton's first-round game against Notre Dame. "I take Uber everywhere, always."

Upstate New York, essentially everything outside of the metropolitan New York City area, is Uber's final frontier: the largest area in the continental U.S. where app-based ride-hailing companies remain banned. 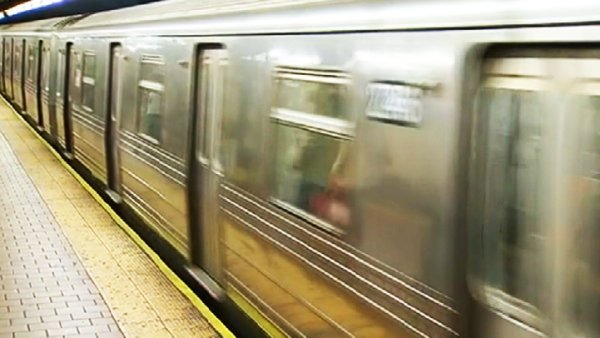 Many in such upstate cities as Buffalo, Rochester, Albany and Syracuse are hoping this is the year that distinction ends, but they will have to persuade the state's legislature first. Previous efforts have repeatedly foundered, under pressure from the taxi industry and lawmakers who say they want more stringent regulations.

"I can go to New York City, Philadelphia, D.C. and I can utilize the app, but I can't utilize it in my own city," said Rochester Mayor Lovely Warren, one of nine upstate mayors to recently write to state leaders urging them to approve the expansion.

Currently, Uber and Lyft are banned outside of the New York City area. Every state except Alaska and New York now has statewide ride-hailing regulations — though the service remains unavailable in many rural areas. Austin, Texas, is the nation's largest city without Uber. The company pulled out after local leaders required drivers to be fingerprinted.

New York's decision on whether to allow ride-hailing statewide could come within weeks. Supporters and upstate mayors back proposals from Democratic Gov. Andrew Cuomo and the Republican-led Senate but have concerns about legislation in the Democrat-controlled Assembly. That bill would authorize local communities to pass their own regulations on ride-hailing, and impose higher taxes and insurance costs.

But Uber has faced a spate of recent controversies, including allegations that it routinely ignores sexual harassment, video footage of its CEO profanely berating a driver and most recently, accusations that it used data on its users to evade and deceive authorities.

"The headlines about Uber are indicative of a company that does not understand its responsibility," said Assemblyman Kevin Cahill, a Democrat and the sponsor of the Assembly bill, which he said is fair to the company while ensuring protections for riders. "Uber has a lot of answering to do. And we need to be certain that we're writing legislation for an industry and not one company."

Taxi cab owners say lawmakers should delay ride-hailing regulations because of the allegations against Uber. They've long argued that Uber and Lyft should be held to the same standards and regulations as taxi cabs — and drivers should be fingerprinted and subjected to an independent background check.

"This shouldn't be a matter of just saying, 'Hey, come on in,'" said John Tomassi, president of the Upstate Transportation Association.

Uber is betting that March Madness might help tip the debate in its favor. Buffalo is hosting early round tournament games this year, the latest attempt by local leaders to showcase a city working to improve its image and reverse decades of population loss and economic stagnation.

People in the city for the games who open their smartphone's app for Uber — perhaps not knowing it is banned — will receive a message urging them to tweet their frustrations and tell lawmakers to authorize the expansion.

"This is a really exciting time in Buffalo," said state Sen. Chris Jacobs, a Republican from the city who argues that ride-hailing will decrease drunken driving while providing a new transportation option for the elderly and disabled. "There's a reason why this is so successful elsewhere. It's really an embarrassment frankly that we haven't resolved this."

Terry Tomlinson, a West Virginia fan in Buffalo for the Mountaineers' victory over Bucknell, said Uber would be a good addition, especially at events like the NCAA Tournament.

"It's great for young people that are going out and going to have too many."