"It hope it will restore my confidence, which I think my grandchildren need to see"

Two Vietnam War veterans are having an extra special Christmas after being paired with two service dogs to help them cope with PTSD and day-to-day life.

Larry Keating was 19 when he served in the army in Vietnam. Bill Thumm was 21. What they saw and experienced has haunted their lives.

"I had a drug problem, I had an alcohol problem.  I had PTSD, none of which was treated," Keating said. 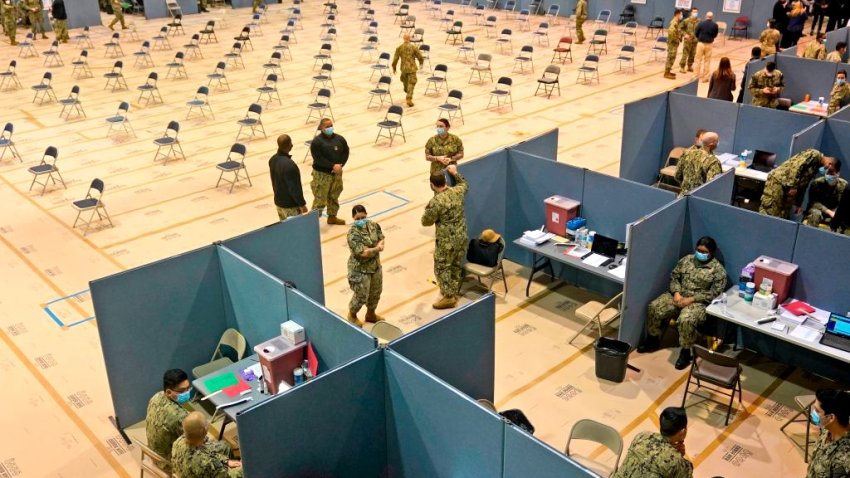 They ‘Suffered the Most:' New York's 2 Largest Vaccine Sites to Date Open in Brooklyn, Queens

Fifty years later, the veterans turned to a Long Island charity called Paws of War for Help. That help came in the form of two service dogs -- a 4-month-old Labrador called Lydia and a three-year-old named Midnight.

"It hope it will restore my confidence, which I think my grandchildren need to see," Thumm said.

The dogs will be trained to help comfort the vets, calm their anxieties and even alert them when to take medications.