James’ office plans to ask Graff about a variety of issues, including Trump's involvement in the preparation of annual financial statements that have been a focus of the attorney general's investigation

The New York attorney general’s office said Monday it subpoenaed Donald Trump’s longtime executive assistant and plans to question her under oath next week as part of its civil investigation into the former president's business dealings.

The subpoena for Rhona Graff was disclosed by a lawyer for Attorney General Letitia James’ office in court papers opposing Trump's latest bid to rid himself of a contempt of court order for being slow to respond to a subpoena for documents and other evidence.

Graff's deposition is scheduled for May 31, special litigation counsel Andrew Amer said in the court filing.

Biden Tops List of Americans Banned From Traveling to Russia, But Trump Is Not on It 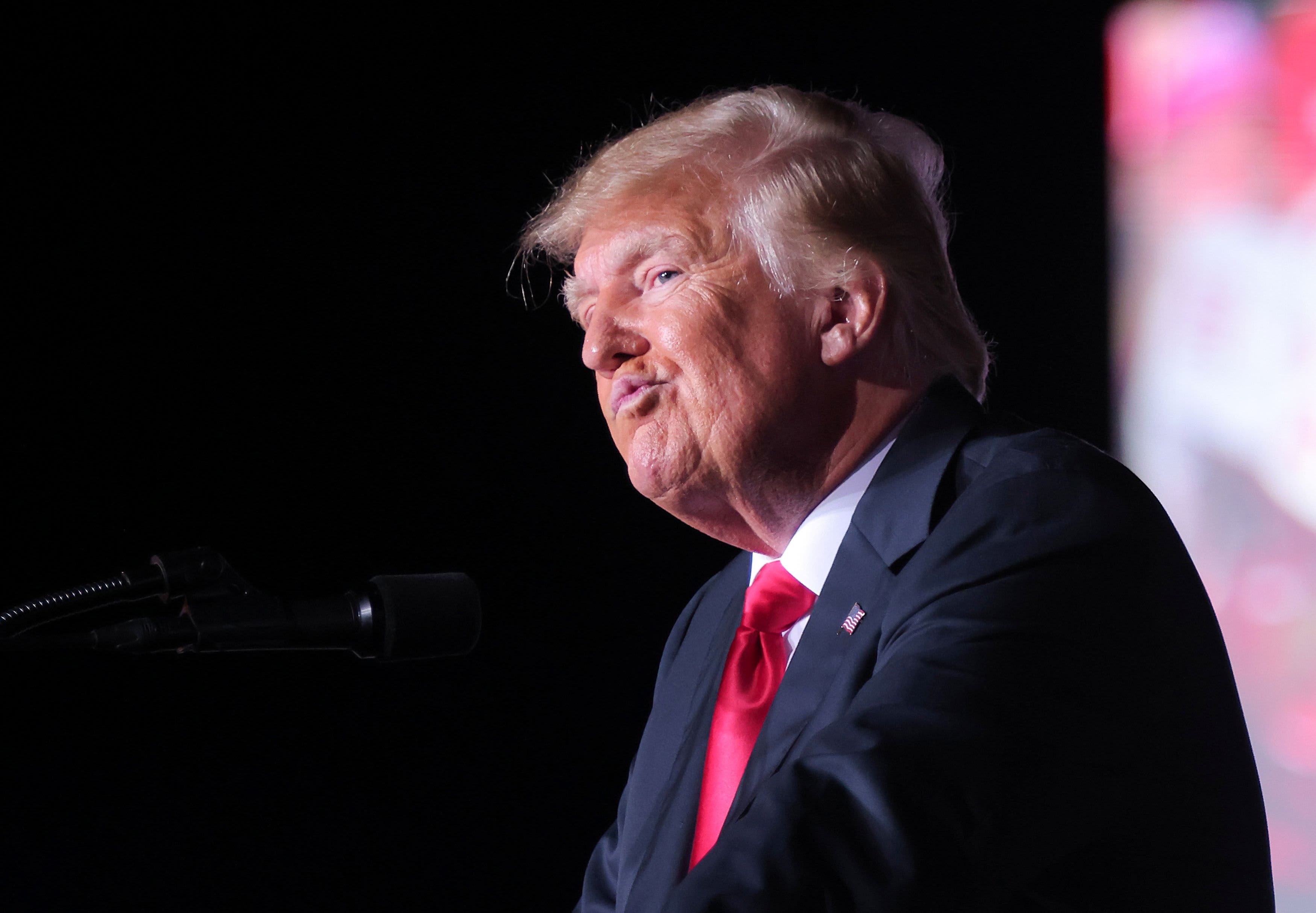 Amer said James’ office plans to ask Graff about a variety of issues, including Trump's involvement in the preparation of annual financial statements that have been a focus of the attorney general's investigation.

Graff left Trump's company, the Trump Organization, in April 2021, but was among several people involved in keeping his records who provided affidavits to Trump's lawyers late Friday as they sought to have his contempt order lifted.

Graff, who started working for Trump in 1987, has been described as his gatekeeper and right hand. Trump’s former personal lawyer, Michael Cohen, wrote in his book that she had her own Trump Tower office with a large filing cabinet containing folders on various issues pertaining to Trump.

Amer said James’ office wants to question Graff under oath, in part, because her affidavit only described the company’s retention and preservation practices for some of Trump's records, and lacked detail about how his financial statements were handled.

“Did (Trump) ever review the statement in draft form before he signed the final version each year?” Amer wrote, listing questions left unanswered by Graff’s affidavit.

“Did he annotate any drafts with comments and/or questions?" Amer continued. "If so, what happened to those drafts? In what form was the final version of the statement presented for Mr. Trump’s approval in each year? How did he make his approval clear? Ms. Graff’s affidavit does not say.”

A message seeking comment was left with a lawyer who represented Graff in past legal matters.

A New York judge held former President Donald Trump in contempt of court for failing to comply with a subpoena for business documents related to an investigation by the state attorney general’s office, and he will be fined $10,000 per day until he complies.

James, a Democrat, has said her three-year probe uncovered evidence the Trump Organization misstated the value of assets like skyscrapers and golf courses on financial statements for more than a decade.

Trump, a Republican, denies the allegations. He has called James’ investigation “racist” and a politically motivated “witch hunt.” James is Black. Trump’s lawyers have accused her of selective prosecution.

Trump’s lawyers contend James is using her civil investigation to gain access to information that could then be used against him in a criminal probe being conducted by the Manhattan district attorney, a Democrat.

Trump is also suing James in federal court, seeking to shut down her investigation.

The National Archives said 15 boxes of White House records were found at former President Donald Trump's Mar-a-Lago property. There is a current investigation led by the Justice Department regarding the matter.

Judge Arthur Engoron declared Trump in contempt on April 25 and fined him $10,000 per day for failing to turn over subpoenaed documents by a March 31 deadline.

Engoron said he would lift the order if Trump met certain conditions by Friday.

Trump has met most of the conditions, including paying $110,000 in fines and submitting affidavits detailing efforts to search for subpoenaed records.

Amer acknowledged that Trump and his lawyers have made strides in meeting Engoron's conditions, but said the contempt order should remain in effect until Graff's deposition.

Engoron has yet to rule.

In the meantime, Amer said Trump's lawyers could take other steps to shed light on his records retention practices. He suggested they provide a detailed affidavit from another Trump executive and an affidavit detailing their efforts to contact each of Trump's 12 former executive assistants.