Tri-State Residents Get Trapped in Texas With No Heat, Electricity, Running Water

One woman visiting from New Jersey was told to use a garbage can and get water from the San Antonio River in order to flush her toilet, while a grad student who recently moved down to Houston thought her apartment had flooded multiple times

Millions of people are suffering in Texas, having dealt with no heat, no power and no water for days, and it will last longer for many. Some of those who were caught in the storm were just visiting from New Jersey — and are very eager to return home.

Mrs. New Jersey Sarah Williams was at the Mrs. America pageant in San Antonio on Sunday, competing in the contest full of glitz and glamour when suddenly all that changed very quickly.

"The irony is not lost on me that we came here for the most glamorous things, I was so excited, I won Ms. Congeniality. I had the most amazing time with all my sister queens, and now I haven't showered since Sunday," Williams told NBC New York on Friday. 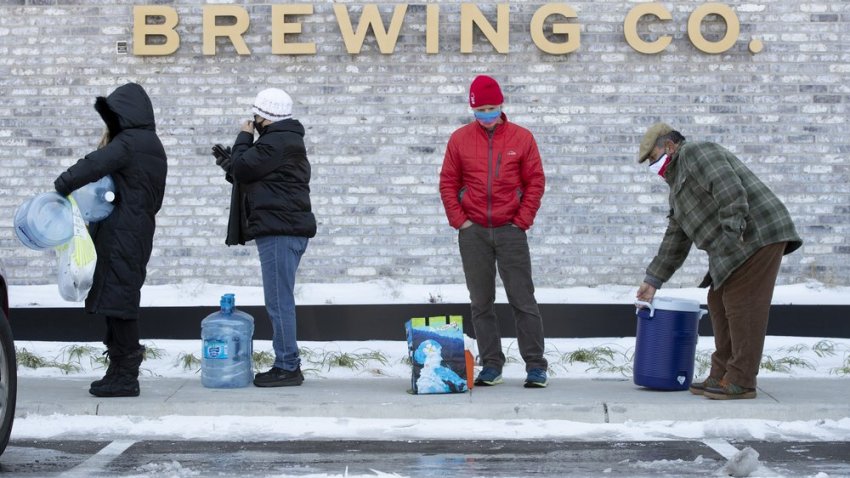 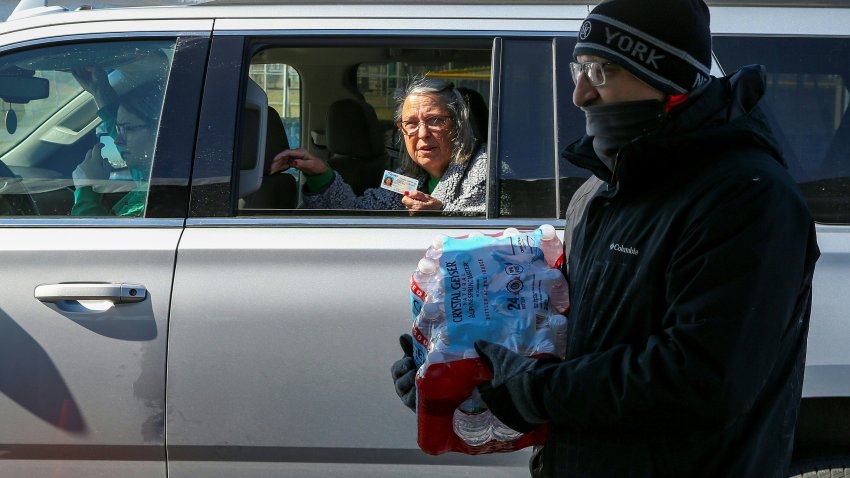 She hasn't had running water at her Grand Hyatt San Antonio Hotel. She said guests were told to take their garbage cans, go down to the famed Riverwalk and fill them with water from the San Antonio River just so they could flush their toilets. The situation regarding drinking water was just as dire.

"The hotel is only giving us two bottles of water a day and I'm sharing a room with three other girls to save on resources," Williams said.

Other guests were filling up garbage cans with snow to melt for water. The stranded pageant contestants found a blocked off hotel bathroom that had running water, Williams said, but they had to crawl on the floor of the public restroom under the stalls just to access the locked-yet-working toilets.

"Especially in a pandemic, sanitizer is one thing but we need to be able to wash our hands," she said.

A driver in San Antonio, Texas, pulled over after she saw a dog out in the freezing weather. To lure him into the car, she used the tortillas she had just bought.

Williams was supposed to fly home to her family in Monmouth County after the pageant on Monday, but the severe Texas weather delayed her flight another four days. She said she was relieved to be leaving, but sorry for all those suffering who she is leaving behind, including the bus loads of elderly people with no heat who were moved into her hotel.

"One woman couldn't find her oxygen tank, one woman was blind roaming the hallways and I had to help her find her room," Williams said.

Grand Hyatt was charging Williams and the others full price for their rooms, despite the lack of water, and told them if they didn't want to pay it they could go to the free warming center next door. In a statement, Grand Hyatt said that "Like many residents and other businesses and venues in San Antonio, our hotel is experiencing water pressure challenges at this time ... We sincerely apologize for the inconveniences caused by this extreme weather situation."

The hotel was also offering rooms for free for essential workers and senior citizens who do not have heat in their homes.

As temperatures slowly rise, Texans are surveying historic damage left by a week of frigid temperatures and power outages.

Two hundred miles east at Rice University in Houston, former Cresskill, New Jersey, track start Maryam Hassan was settling in after having started grad school just a few weeks ago. Her welcome has certainly been less than warm: flooded hallways in her grad student housing, she had no water and no power for four days.

"I didn't think it would be anything this bad...there were two or three times when I thought my apartment had flooded," she told NBC New York.

Learning that Sen. Ted Cruz escaped to Cancun during the crisis didn't sit well with Hassan, who is studying international relations.

"When your constituents are suffering the way they are, you should be on the ground to get them food, water, power — anything back to those people," she said.

Sen. Cruz has acknowledged he made a mistake by leaving for the resort destination with his family, and returned shortly after.

Despite both Williams and Hassan dealing with harsh conditions both said that as bad as they had it, they knew there were people who had it even worse, who didn't have the resources to buy warm clothes or drive around to find food or clean water.

Crippling winter storms in Texas, destructive wildfires in California, devastating hurricanes in the Caribbean. Climate change is making extreme weather the new normal. Dr. Sweta Chakraborty, a risk and behavioral scientist, joined LX News to explain how climate change has altered the dynamics of the Earth to such an extent that “we’re basically on a brand new planet.”