The NYPD shut down an Orthodox school in Brooklyn after neighbors reported the school was operating in violation of city and state orders, law enforcement officials say.

Law enforcement officials estimate more than 100 children were inside the building Monday morning when police arrived. NYPD officers arrived to the building on Madison Street in the Bedford-Stuyvesant section sometime before 12 p.m.

At least two people in the neighborhood reported the school to city officials, law enforcement sources say. The reports described seeing children playing on the roof of the school building without masks.

NYPD officers told an adult at the building to close the school as it was in violation of state orders. No summonses were issued, sources say. 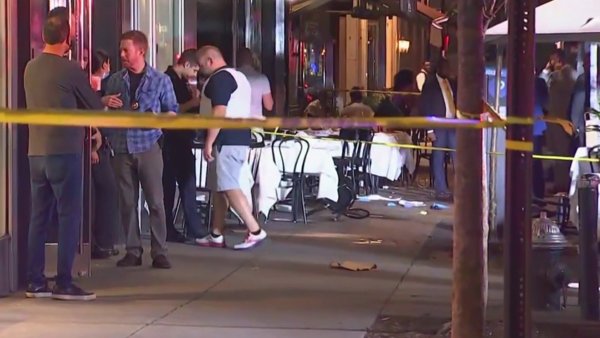 One Person Hurt in Shooting Outside High-End Chinese Restaurant in Manhattan: Cops

Chopper 4 arrived at the scene around the noon hour, where dozens of children were seen exiting the building and boarding a bus. Some of the students were visibly wearing masks as they left the school.

"I could see inside a little bit and they did not have masks on," said Jeanine Wilson, a neighbor on the street. "It's just dangerous to put the kids in that kind of position."

The building has no exterior signs or visual indications of who runs the school. NBC New York has been unable to track down the building's listed property owner.

Mayor Bill de Blasio said the city would issue a cease and desist order to "make sure we keep our communities and our kids safe."

The mayor said that no summonses being issued is in line with how he wants the NYPD to enforce social distancing measures.

"For all communities, the way we're doing it now is when NYPD shows up, people have to disperse immediately. If they don't disperse, they’re getting a summons. If they come back, they're getting a summons," de Blasio said. "I've had this conversation with leaders of a variety of communities. We're going to treat everyone the same, no gatherings, period."