Another assault in which a person was shoved onto New York City subway tracks was reported Sunday.

Police say the victim was on a northbound 4 Train when a man started yelling at him. When the train arrived at Atlantic Avenue station, the two exited the train car and the man approached the victim from behind and pushed him off the train platform onto the southbound tracks.

The 29-year-old victim was able to climb back up onto the platform by himself, according to police. He suffered some pain and bruising but was not transported to the hospital.

Surveillance video police released late Sunday shows a woman trying to stop the suspect as he shoved the victim but she was also shoved herself. The suspect was able to get away via subway, police said. 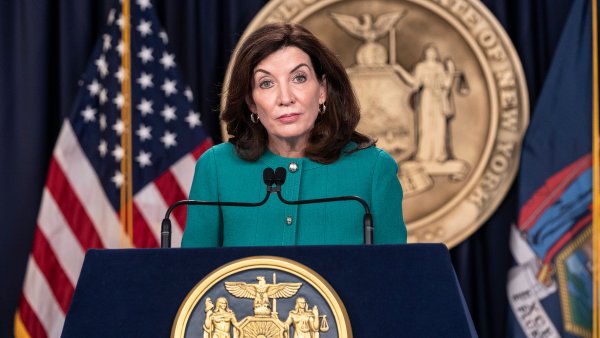 Police on Tuesday announced a man has been arrested after he was recognized from his visit to Starrett City, a housing development in East New York. They identified the suspect as 33-year-old Michael Medlock. He was charged with two counts of attempted assault, reckless endangerment and menacing.

The incident was the third shove in a subway station in a week. Police have arrested the person who allegedly pushed a woman onto subway tracks just as a train approached Thursday morning.

Another man was taken into custody after police said he pushed a UPS worker onto the tracks at the 42nd Street-Bryant Park Station Wednesday night.

Subway assaults are up 45% compared to the same time last year. Robberies on the subway are also up this year. The NYPD is expected to provide more details on Monday.