Hundreds of strollers popped up on streets all across New York City during Father's Day weekend as part of a special effort to recognize and support dads of color.

The Dad Gang and their non-profit Random Acts of Dadness, teamed up with Scotch Porter to get brand new strollers to dads all across the city.

On Saturday, the group scattered across Brooklyn, Queens and the Bronx to pass out 200 strollers in an ongoing effort to help Black fathers and their families. 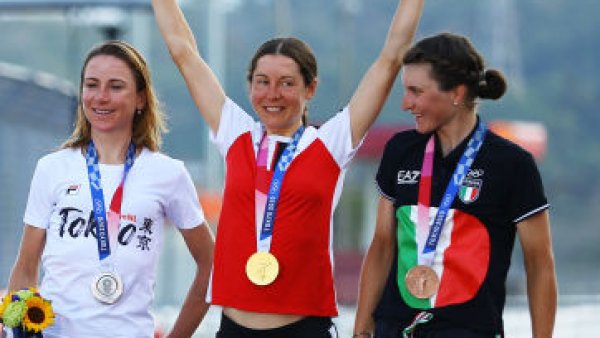 The Dad Gang's mission is to celebrate the diversity of fatherhood through positive images and change the stereotypes around what it means to be a Black father.

Tracie Strahan speaks with representatives from The Dad Gang, an organization that is working to shatter the stigma that black dads are missing in action.

"We want to change that fact people thought we were missing in action or uninterested in our children," said Sean Williams, founder of The Dad Gang. "What we want to accomplish here is to change that narrative but also empower dads to be the best dads they can be."

Families came out to Brooklyn on Father's Day for the second annual March of Dads. Kids rode on shoulders and young ones were pushed in strollers as the large crowd walked from Prospect Park West to the Brooklyn Museum.

Bronx rapper and Grammy winner Fat Joe made a special appearance at a 10 a.m. "Dope Dad" rally held before the march.