R&B singer R. Kelly has been federally charged with racketeering, kidnapping, forced labor and sexual exploitation of a child in a sweeping New York indictment unsealed in Brooklyn Friday, hours after prosecutors filed a 13-count federal indictment charging him with new sex crimes in Chicago.

The five-count superseding indictment (read it below) unsealed in 18 pages of court documents alleges Kelly and members of his entourage recruited women and girls to "engage in illegal sexual activity with the singer.

It says Kelly and his managers, bodyguards and other assistants picked out women and girls at concerts and other venues and arranged for them to travel to see Kelly. They also set rules the women and girls had to follow, including not leaving their rooms — even to eat or go to the bathroom — without Kelly's permission, calling the singer "Daddy," and not looking at other men, the indictment alleges. Kelly is the only individual named in the indictment.

The indictment alleges that the criminal acts occurred over two decades dating back to 1999, both in the U.S. and overseas. It accuses Kelly of engaging in sexual acts with girls under 18 and without disclosing that he had a sexually transmitted disease. It also accuses him of producing child pornography, including by asking minors to send him photographs.

"Today that comes to an end," U.S. Attorney for the Eastern District of New York Richard Donoghue said in a statement. "This indictment makes clear that neither fame, power nor status will not shield from prosecution predators who victimize members of our communities for their own sexual gratification."

Federal authorities are seeking any interest or property Kelly may have obtained in connection with the first racketeering account as forefeiture. It wasn't immediately clear what exactly that would include or how much it'd be worth.

After R. Kelly was arrested on federal sex charges in Chicago Thursday night, his crisis manager, Darrell Johnson, says his legal team was expecting the indictment to happen but he doesn’t know what the charges are yet. “Mr. Kelly has declared his innocence from day one,” said Johnson.

The 52-year-old was arrested Thursday night in Chicago by Homeland Security Investigations agents and NYPD Public Safety Task Force after a separate indictment was handed down in federal court for the Northern District of Illinois. He was taken into custody around 7 p.m. local time, a law enforcement source familiar with the case said. He was being held at the Metropolitan Correctional Center in Chicago, according to the Federal Prisons Bureau website. 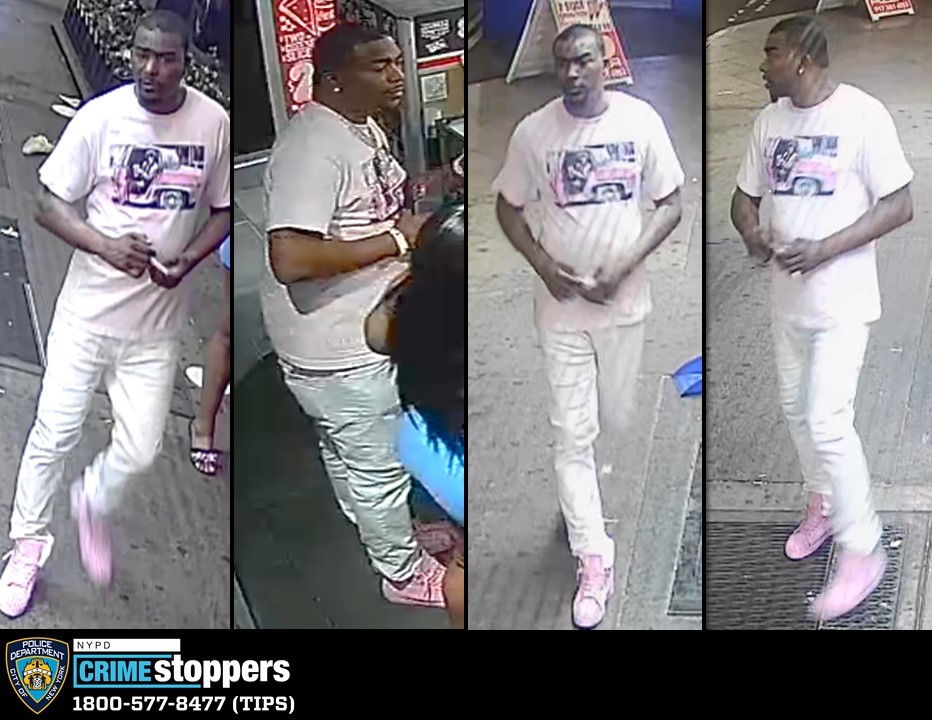 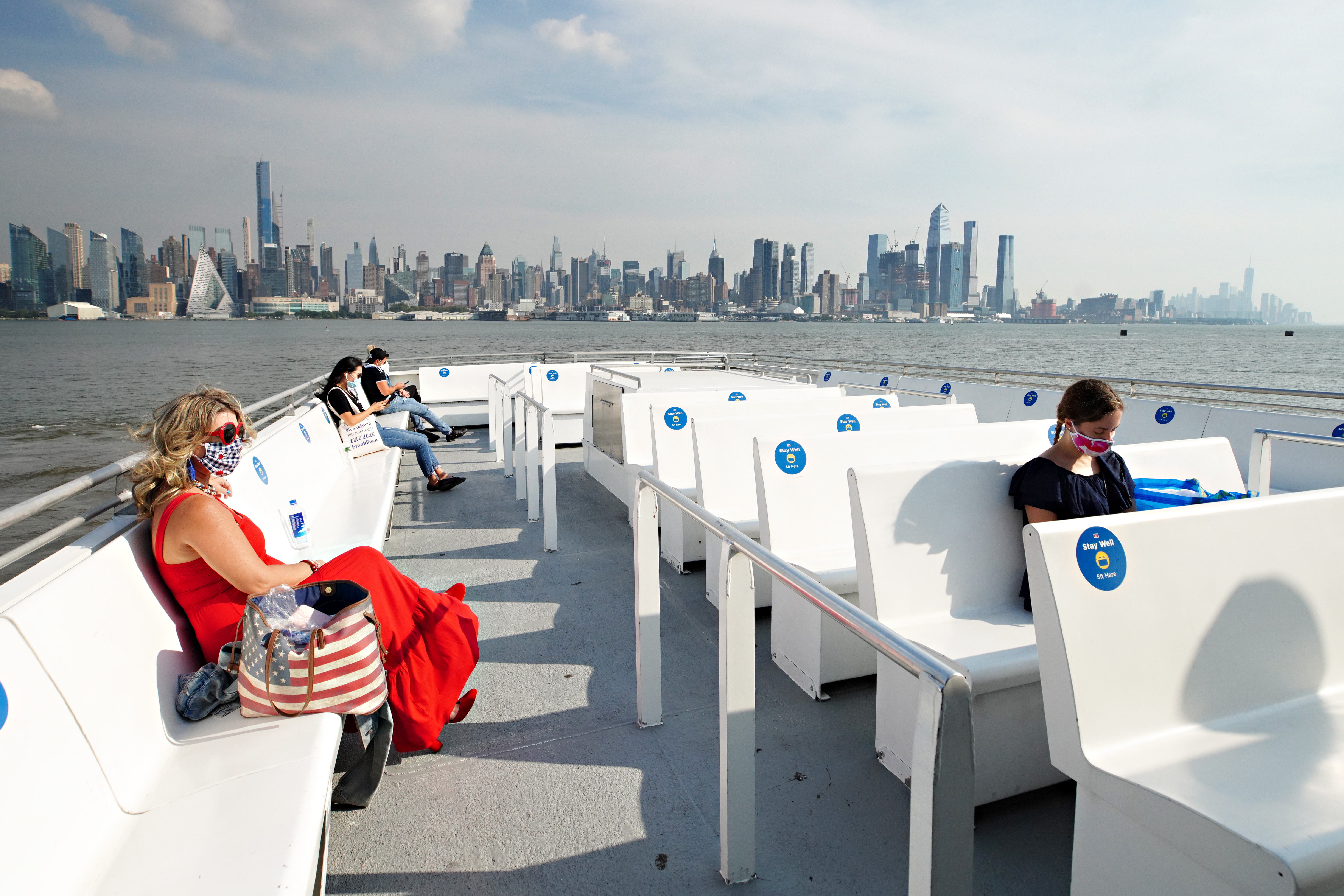 Steve Greenberg, an attorney for Kelly confirmed his arrest in a statement early Friday, adding "the agents were courteous and professional, as was Mr. Kelly."

"The conduct alleged appears to largely be the same as the conduct previously alleges against Mr. Kelly in his current State indictment and his former State charges that he was acquitted of," Greenberg said. "Most, if not all of the conduct alleged, is decades old."

Kelly made his initial court appearance Thursday night. At a brief hearing in Chicago on the New York indictment Friday afternoon, Kelly stood before the judge in an orange jumpsuit, with his hands clasped behind his back. The only words he spoke during the 15-minute hearing were "yes, ma'am."

The singer did not enter a plea for either the Illinois indictment nor the superseding indictment from the Eastern District of New York.

Kelly was being held at the high-rise Metropolitan Correctional Center in downtown Chicago, where he will remain until an arraignment hearing scheduled on Tuesday for the Illinois charges. How he will be detained and sent to the Eastern District of New York will also be addressed that day.

Singer R. Kelly was arrested on federal sex charges in Chicago Thursday night and he’s expected to appear in court Friday before being transported to New York to answer for charges in Brooklyn. Tracie Strahan reports.

The separate indictments in the two major American cities include no victim overlap.

Greenberg said Kelly already has a team of "outstanding" federal litigators and was not surprised by the new allegations.

"He and his lawyers look forward to his day in court, to the truth coming out and to his vindication from what has been an unprecedented assault by others for their own personal gain. Most importantly he looks forward to being able to continue to making wonderful music and perform for his legions of fans that believe him."

Investigators in New York issued a scathing series of statements condemning Kelly for preying "upon young women and teenagers whose dreams of meeting a superstar soon turned into a nightmare of rape, child pornography and forced labor," as one of the lead officials, Homeland Security Investigations New York Special Agent in Charge Angel Melendez said in a statement. "R. Kelly believed he could fly, but it will be justice to see his oppressive wings clipped."

NYPD Commissioner James O'Neill echoed those sentiments, saying, "Those who engage in these reprehensible offenses against our most vulnerable will be pursued relentlessly, and held accountable for the pain and suffering they cause."

Celebrity attorney Gloria Allred said she was pleased federal authorities charged R. Kelly with sex crimes, and saying "justice, which is long overdue for his victims, will soon be done." Allred said in the statement that she represents three women for whom charges were filed and who are referenced in the New York indictment of Kelly.

Andrea Kelly, the singer's ex-wife, had no comment following the arrest, her rep said.

R. Kelly has been the subject of different sexual abuse allegations for nearly two decades, with some of the alleged acts dating back to 1998.

One of his accusers, Asante McGee, said in a statement upon news of the indictments Friday that she hoped the charges would send a clear message.

"To all of Robert’s victims and victims of others, don’t be afraid to speak out against your abuser, there is power in numbers," McGee said. "To the two young women who are still in his home, he can no longer hurt you, you don’t have to be afraid. Come home to your family, be with your family who really love and care about you! They need you and you need them."

Back in February, Kelly was charged with aggravated sexual abuse involving four women, three of whom were minors when the alleged abuse occurred. He pleaded not guilty and was released from Chicago's Cook County Jail after posting bail.

A jury in 2008 acquitted Kelly of child pornography charges stemming from a video showing him having sex with a girl as young as 13, prosecutors claimed at the time. Kelly faced 15 years in prison for that charge, but the young woman in that claim denied it was her and did not testify.