After a man was killed and a woman hospitalized Thursday evening, at least seven other people were hurt in shootings throughout the city that took place within two hours of each other

A man was killed and a woman hospitalized in Brooklyn after just one of a string of shootings within hours of each other throughout the five boroughs, which come amid a spike in gun violence the city has not seen in decades.

The gunfire broke out some time before 7 p.m. in front of an apartment building on New Lots Avenue in Brownsville, according to police. The 20-year-old man was struck in the head, and was later pronounced dead at the hospital.

Meanwhile the woman, who a witness said may have simply been in the wrong place at the wrong time, was shot in her arm and torso. She was rushed to Brookdale Hospital, where she was in stable condition. 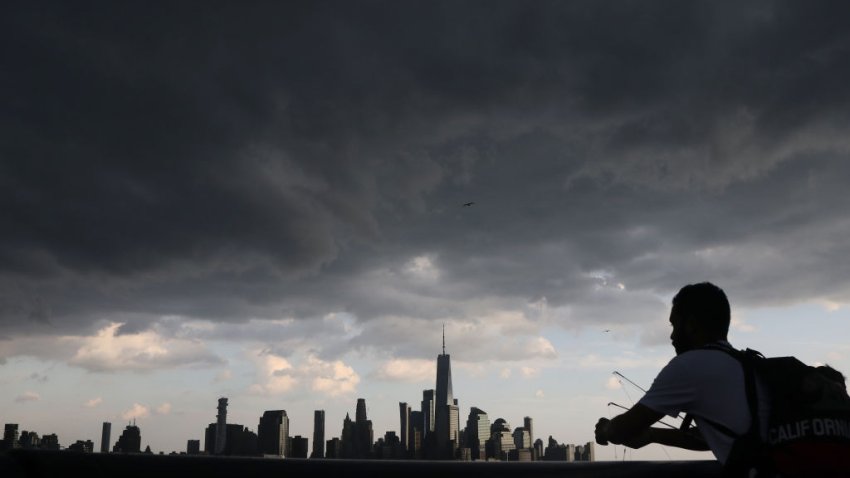 The pop of the gunshots was initially mistaken for more fireworks in neighborhood, a problem everyone across the city have been dealing with for weeks. However, the two victims became the latest to face the consequences of a nearly 130 percent spike in gun violence in the city, compared to the same time last year.

NYPD said a man and a woman were shot at the corner of East 108th Street and FDR Drive in East Harlem. The man was hit in the leg, while the woman was shot in the torso, police said. Another shooting left a man injured in Astoria just after 3 a.m.

All of the later victims were said to be in stable condition.

The surge in gun violence impacting those of all ages, as an 11-year-old boy was on his porch when a bullet tore through his leg in an unrelated shooting on Tuesday – becoming one of nine shot throughout the five boroughs in a 24-hour span ending Wednesday.

Brooklyn leaders have been calling for an end to the violence that has increased since the NYPD did away with its plainclothes anti-crime unit. It was not immediately clear if that decision by NYPD Commissioner Dermot Shea, which was made amid nationwide calls to defund the police and as protesters demanded $1 billion cut from the NYPD budget, is related to the spike in shootings.