The National Labor Relations Board is confirming that a group of Amazon warehouse workers in Staten Island, New York has withdrawn its petition to hold a vote to unionize its workers.

The move comes less than two weeks before the labor board was expected to hold a hearing to determine whether there was sufficient interest to form a union at the Amazon distribution center. Union organizers had said in late October that it delivered hundreds of signatures to the agency — a key step in authorizing a vote that could establish the first union at the nation's largest online retailer. 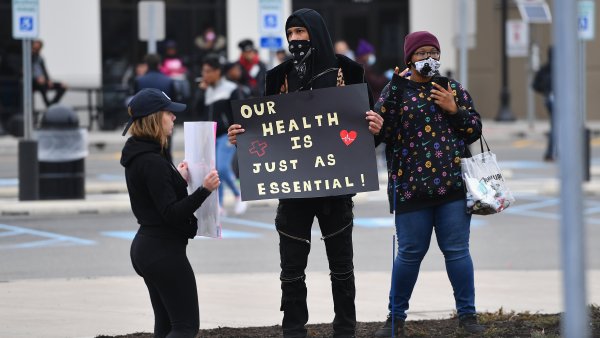 NLRB spokesperson Kayla Blado declined to elaborate the reason for the pullback. But she noted the workers can refile a petition.

This is the second unionizing attempt in the past year at Amazon. Workers in Alabama resoundingly defeated an effort earlier this year, but organizers there are asking federal officials for a do-over. The Retail, Wholesale and Department Store Union is leading the effort in Alabama.

Christian Smalls, a former employee of the retail giant who now leads the fledgling Amazon Labor Union at the Staten Island facility, couldn't be reached immediately for comment.

Amazon spokesperson Nelly Nantel said in an e-mailed statement that “our focus remains on listening directly to our employees and continuously improving on their behalf."