The man was described as a disgruntled business associate

A man described as a disgruntled business associate walked into an office of a company that makes light fixtures and shot two people, killing one, before fleeing, prompting a lockdown of a nearby shopping mall Wednesday, authorities said.

Police were looking for Sang Ho Kim, 64, in connection with the shooting, and the NYPD was investigating at his home in Fresh Meadows, Queens.
Officials said the gunman entered the office of the Savenergy light fixture company on South Street, near the Roosevelt Field Mall in East Garden City, shortly after 10 a.m. and opened fire.
He fled in a white Honda SUV, with a license plate number FMA 3648, after shooting the two victims.
A law enforcement source identified the surviving victim as 68-year-old John Choi, the founder of Savenergy, and say he's in critical condition at Nassau University Medical Center. 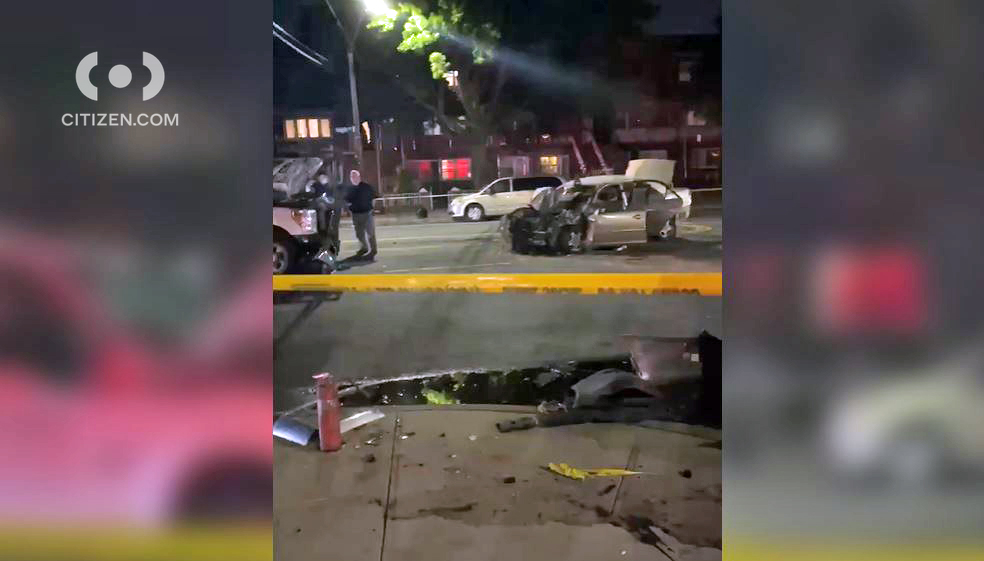 Police said there was nothing to suggest the suspect was on a random shooting rampage. The attack appeared to be targeted to a specific person in the office "over a bad business deal," Nassau County Police Chief Steven Skrynecki said.
Police locked down nearby schools and businesses immediately after the shooting. Burt Grant was on his way to a meeting at Savenergy when his panicked co-workers reached out to him.
"My office called me and they were in a panic because they had heard on the radio 'Savenergy,'" he said. "They called me, 'Where are you? Are you there yet?'"

Roosevelt Field Mall was locked down for several hours as a precaution. Shoppers weren't allowed into the building, and people were screened as they left, police said.

Garden City Schools also did not allow any unauthorized people inside the buildings as a precaution, school officials said.

Kim has a record of arrests dating back to 1997, when he faced a charge of driving as an unlicensed operator in Westchester. In 1998, he was arrested in Queens on a DWI charge and was arrested on the same charge in Manhattan's Riverbank State Park in 2006. In 2008, he was arrested for trademark counterfeiting in New Jersey.